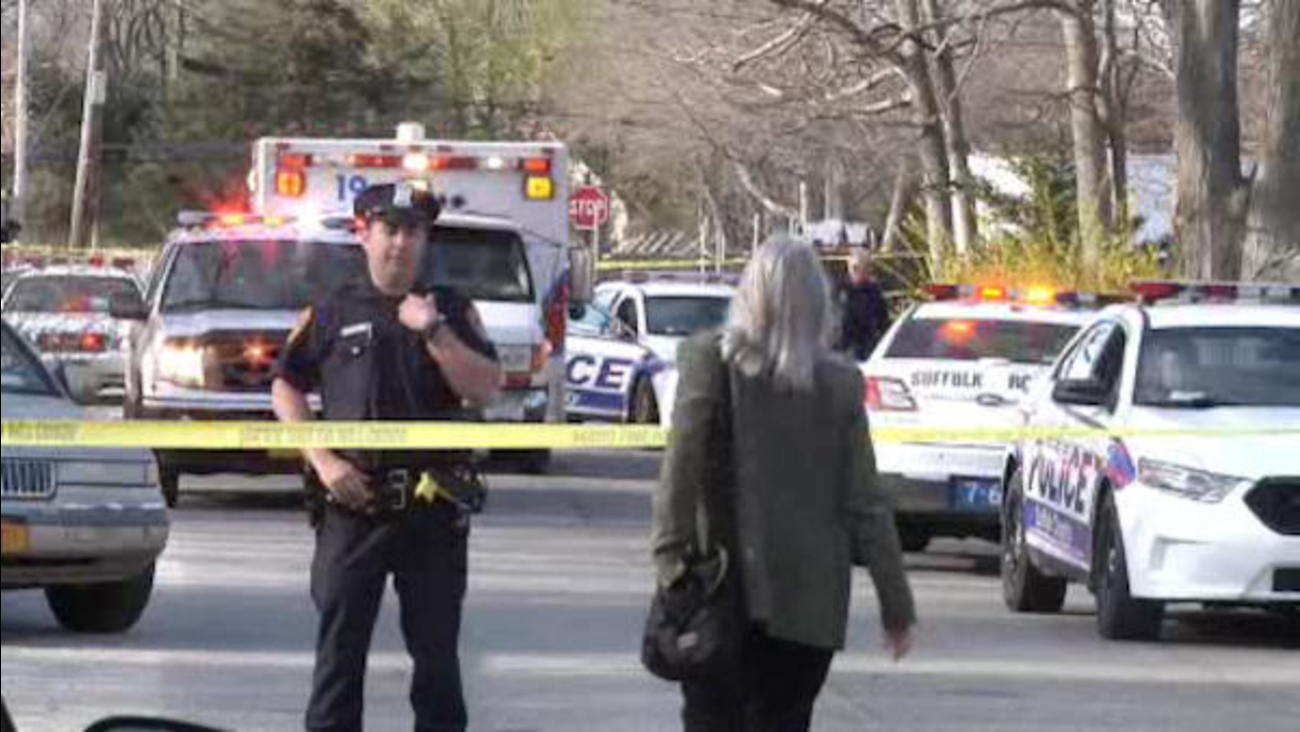 Police in Suffolk County are investigating a suspected murder-suicide in Mastic Beach. (WABC)

MASTIC BEACH, N.Y. -- Police say a man fatally shot his wife and himself at their home in Mastic Beach, Long Island while four of their children were at school.

The two were found dead after the children had arrived home from school Thursday to find themselves locked out. Police say the kids sought help from a customer at a nearby ice cream shop who called 911 after peering inside the home and seeing the bodies.

The victims were identified as 29-year-old Wayne Street and 28-year-old Jenni Lee Street.

Police say two other children, both under the age of two, were inside the home at the time of the shootings but were not hurt.