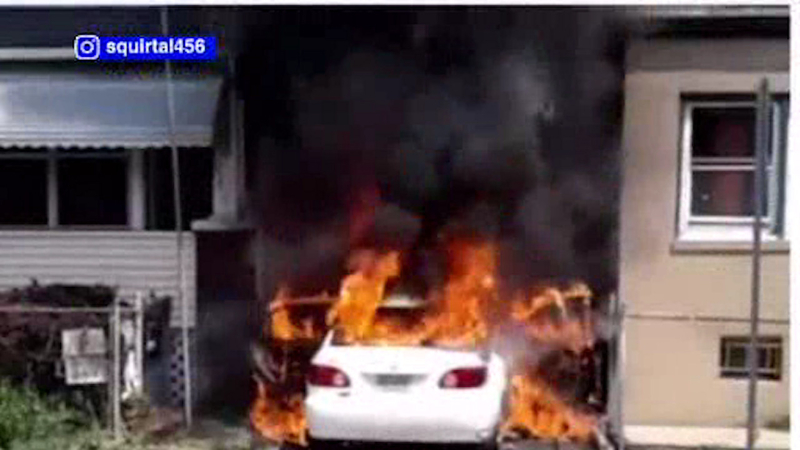 Car pulls into driveway on fire, two homes go up in flames in Paterson

PATERSON, New Jersey (WABC) -- A car fire forcing at more than two dozen people out of their homes Friday night after it spread from the vehicle to homes in New Jersey.

But what was the car doing in their driveway in the first place? It's the question the angry residents want answered.

Witnesses say it was simply a bizarre chain of events that led to 26 people losing their homes.

A car they've never seen on the block pulled into the driveway between 227 and 229 24th Street in Paterson Friday afternoon, and moments later there were cries for help.

"Two doors blew like it was an explosion and the flames shot to my house and the house next door," said Carlos Torres, a displaced resident.

Torres and his family are displaced.

He says four generations lived in the home for the past six years.

Both his home and his neighbor's home are badly damaged.

Those displaced ranging from 2 to 71 years old.

"60 percent destroyed, the roof caved in and there's lots of water damage. We lost everything we had," Torres said.

The cause of the fire and the circumstances are still under investigation, as the victims coordinate housing with the Red Cross, and remain as positive as possible given no one was hurt.