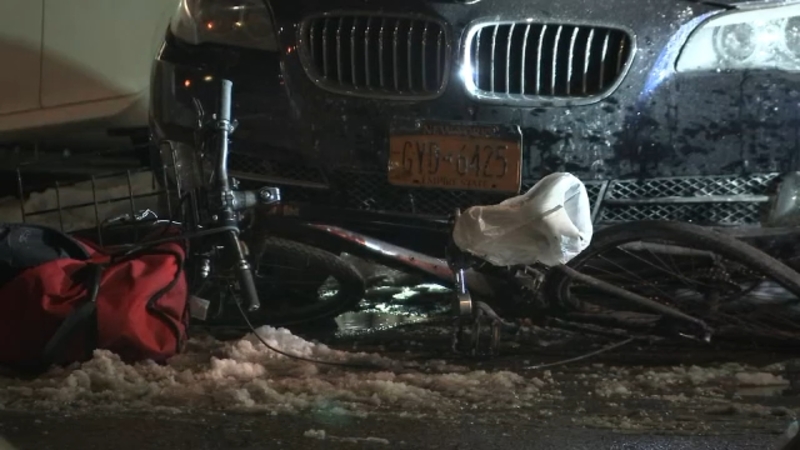 LOWER EAST SIDE, Manhattan (WABC) -- An investigation is underway after a pizza delivery worker on a bike was struck by a vehicle in Manhattan Monday night, according to officials.

Police say the incident happened just after 6 p.m. at Delancey Street and Columbia Street on the Lower East Side.

They say 21-year-old Dylan Penalo was driving a Honda Accord going westbound on Delancey Street when he collided with a bicyclist, who was going southbound on Columbia Street.

The victim, who was found unconscious and unresponsive, was a pizza delivery worker in his 40s.

He was taken to Bellevue Hospital in critical condition.

According to police, the driver of the car fled on foot but later returned, identified himself, and complained of wrist pain.

He was taken to Bellevue Hospital in stable condition and is in police custody.

Penalo is now charged with assault, reckless endangerment, and leaving the scene of an accident with a serious injury.