New home baby monitors could do more harm than good 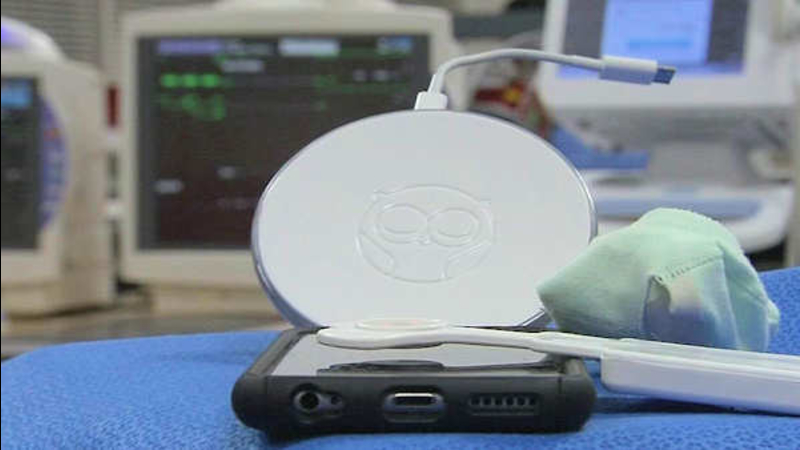 PHILADELPHIA, PA -- Home baby monitors are getting more and more high-tech. Some even monitor vital signs, promising to alert parents if there's a potential problem.

But some local pediatricians say they could be doing more harm than good.

One online video shows one of several new home baby monitors that measure pulse rate and your infant's level of oxygen.

But many experts say the devices haven't been proven and companies are preying on fears.

"I mean what sound does your baby make if he stops breathing? They're talking about peace of mind instead of medical diagnosis," said David Jamison from the ECRI Institute.

Jamison is co-author of an article which was released Tuesday. He and colleagues are working with with doctors at the Children's Hospital of Philadelphia.

Pediatricians there have been fielding calls from parents asking about the new devices.

"Questions start to arise as to the safety and effectiveness of these products," said Jamison.

Because they are consumer products,they're not held to the same standard as devices used in the hospital, which have to be proven effective.

So researchers at ECRI Institute, a non-profit that tests medical devices, along with CHOP will be testing several of the new smart baby monitors.

In a demonstration, this is one of the alarms that goes off if there's a problem or just if the connection is lost.

The concern is it could spark anxiety and lead to unnecessary medical tests.

Plus, even if the home monitors are found to be effective, there's no evidence they help protect against sudden infant death syndrome or SIDS. In fact, a statement from the American Academy of Pediatrics says: "Do not use cardiorespiratory monitors as a strategy to reduce the risk of SIDS."

Of course, there are some babies who are sick enough to require monitoring but if they leave the hospital, they're sent home with durable goods proven to accurately assess vital signs.