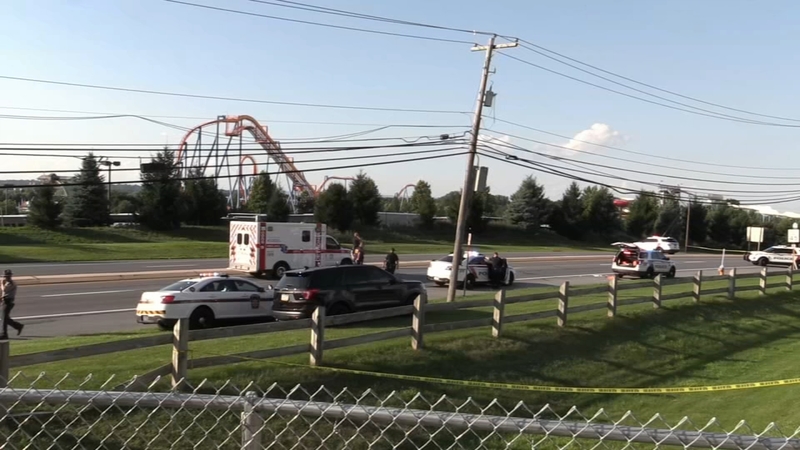 SOUTH WHITEHALL TOWNSHIP, Pennsylvania -- Authorities have released the name of the man who was shot and killed by police near Dorney Park in South Whitehall Township.

The man has been identified as 44-year-old Joseph Santos, of Hasbrouck Heights, New Jersey.

The shooting happened at 5:45 p.m. Saturday along the 3700 block of Hamilton Boulevard.

Witnesses say minutes before the shooting, Santos darted into traffic, jumping on cars, damaging some of them.

South Whitehall police officers responded to the scene and began talking to Santos.

Santos can be seen in the video standing alongside a police cruiser. The video shows him walking away from the officer, and then walking back toward the officer.

An officer can be heard in the video, warning the man to get on the ground. Then, several shots are fired by the officer.

It is still unclear if Santos had a weapon on him.

Police are trying to determine whether the shooting was justified. Pennsylvania State Police are leading the investigation at the request of the Lehigh County District Attorney.