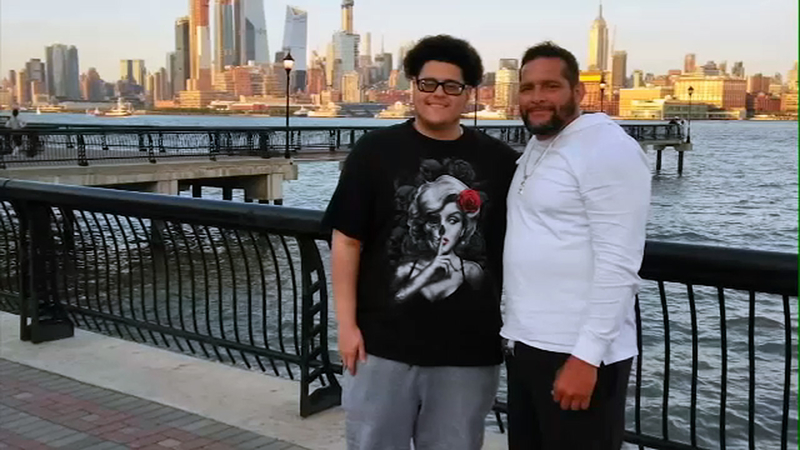 Family of NJ man killed by police desperate for answers

PATERSON, New Jersey (WABC) -- The family of a man from New Jersey who was killed by police outside a Pennsylvania amusement park over the weekend is speaking out, begging to know why he had to be fatally shot.

Witnesses say minutes before officers drew their weapons, 44-year-old Joseph Santos darted into traffic and jumped onto cars across the street from Dorney Park in South Whitehall Township.

Rodriguez saw his father just last week and remembers what he told him just before Santos and his current girlfriend headed out to Dorney Park.

But according to police, Santos was acting erratically by breaking car windows and causing damage. At one point, he was told to get down on the ground but never followed that command. Authorities say it does not appear he had a weapon.

"He can't talk to his dad, he can't text his dad," mom Ruth Santos said. "He was suppose to be with him yesterday."

Rodriguez and Ruth Santos refuse to look at the video.

Ruth Santos said she has known Joseph since the mid 90s and knows he had problems in the past. But she feels he didn't deserve to die in a hail of police gunfire.

"I don't think anyone should die like that," she said. "He left behind three beautiful kids, they don't have a dad no more. Something has to be done."

Police are trying to determine whether the shooting was justified. Pennsylvania State Police are leading the investigation, at the request of the Lehigh County District Attorney.