Pet bunny hops over rooftops to hang out with feline bestie 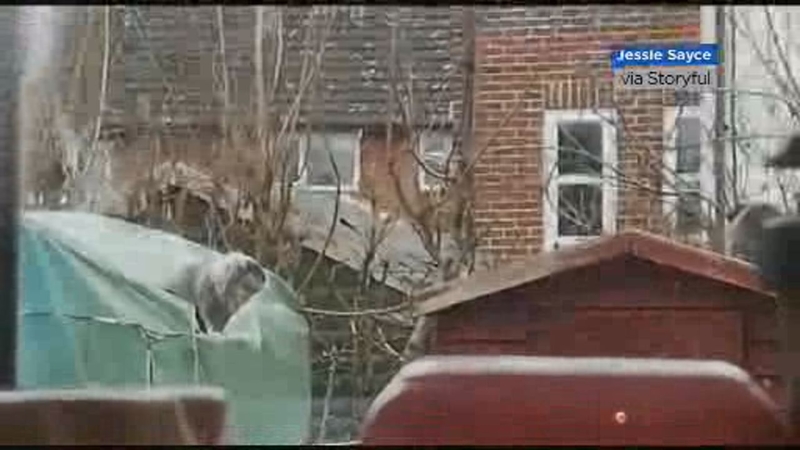 Pet bunny hops over rooftops to hang out with feline bestie

LONDON -- One odd couple in metropolitan London is going viral for their very unique bond.

A giant English pet rabbit was recorded joining his feline friend on Sunday, Jan. 5 for some quality time in the town of Loughton.

The cat's owner Jessie Sayce recorded the video after spotting the rabbit outside her window. Sayce said the bunny would hop over to visit her cat Leo when he was just a kitten.

"We thought it was really adorable, but didn't think it would last, as Leo was getting bigger and thought he'd scare the rabbit," she said. "This started 6 months ago, and they're still super friendly!"

The friendship has gotten to the point where the rabbit has sneaked into her home using the cat flap to search for Leo when he wasn't outside.

"We have woke up several times and found the rabbit in the house," she said. Sayce wasn't sure how the rabbit was getting over the fence until she finally caught it on video.

"He was jumping on a chair to the shed in their garden, and doing a jump to our shed to play with Leo," said Sayce.