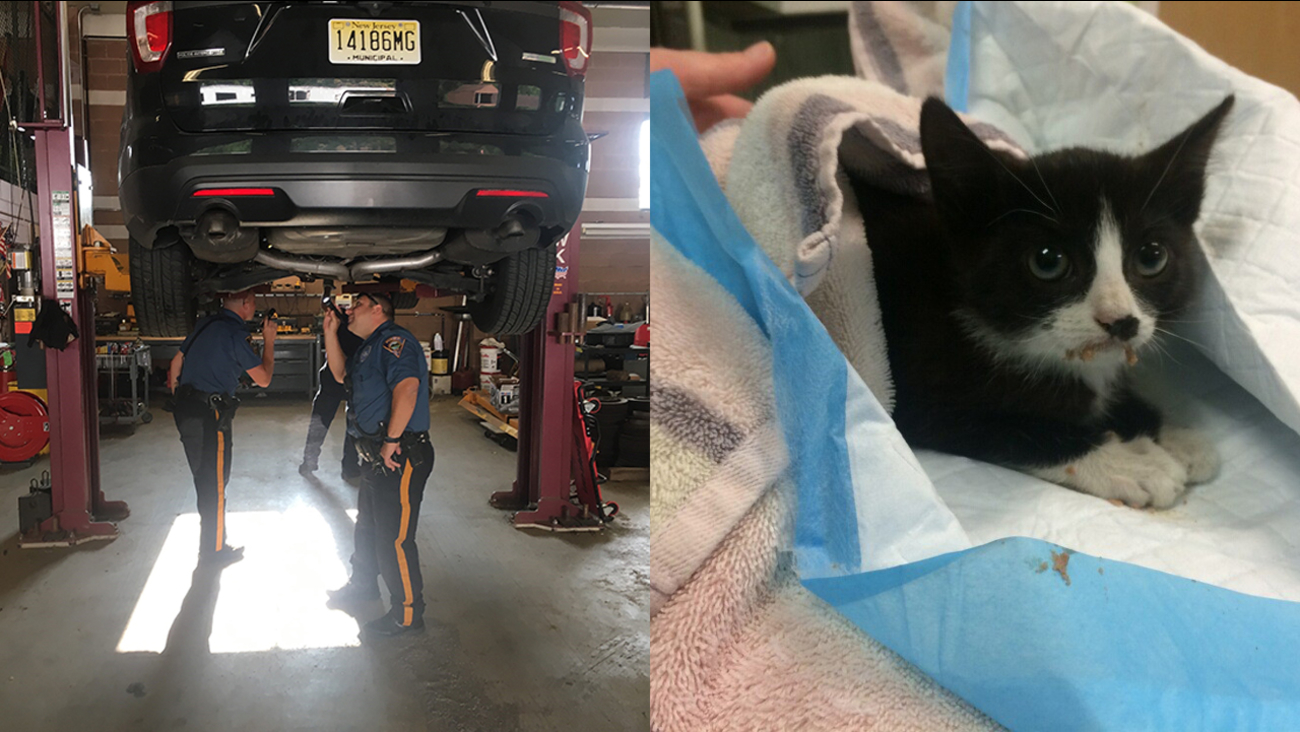 A resident found the kitten in Hawthorne and flagged down a police officer, but the frightened animal escaped the resident's hands and ran up underneath the police car, lodging herself in the undercarriage.

North Haledon Patrolman Nicholas Florio carefully drove the car to the local Department of Public Works, where it was placed on a lift.

After the car was taken apart, DPW Superintendent Billy Graham pulled the kitten out of the engine and to safety.

Police named her "Cuffs" and she was taken to the animal hospital.

The Ramapo-Bergen Animal Refuge said the kitten suffered some minor abrasions and appeared to have a broken pelvis, adding that may have been why she was left behind in the first place.

Though the refuge said Cuffs is too frightened to eat and is currently being syringe-fed, she is expected to make a full recovery and be up for adoption in the near future.