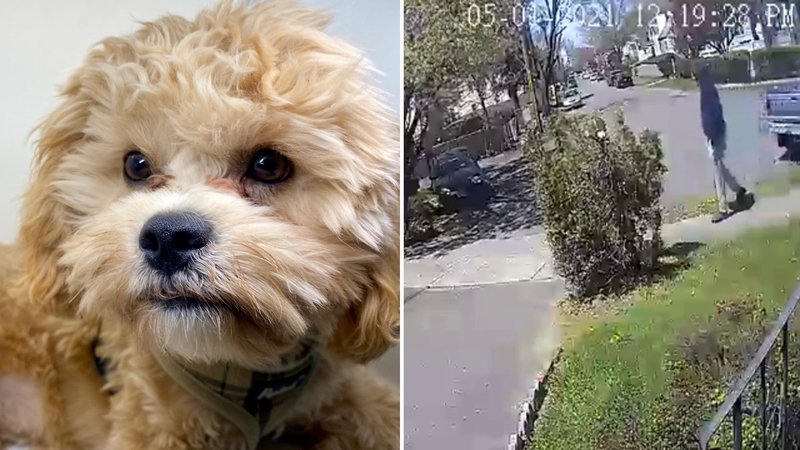 STRATFORD, Connecticut (WABC) -- A woman in Connecticut is desperate to find her beloved dog that was stolen from her front yard.

Vickey Moreno was away last weekend while her brother was watching her 1-year-old Cavapoo, Simba.

On Saturday around 1 p.m. her brother was washing the back deck when he decided to put Simba on the front porch so he would not get wet.

Simba's leash was left behind and Moreno, who lives on a quiet cul-de-sac, is convinced she was targeted because of the dog's worth.

"He was clearly taken...the leash was intact," she said. "I'm feeling violated, and at a loss."

Moreno is absolutely crushed and had to choke back tears as she described the dog she got early in January.

"Simba is the baby of the house," she said.

Police have visited her home twice to look for surveillance video in connection to the crime.

One video shows a person with light pants and a hooded sweatshirt walking toward and then away from the house at approximately the same time Simba was taken.

Moreno and her family are trying to keep the hope.

"I just want in home, drop him off at a shelter, police department, I don't care...just keep him safe so he can get home to us," she said.

A Chihuahua is lucky to be alive after she was found dumped in a tied up garbage bag and sealed in a closed container for 17 hours in Westchester County.