Family speaks out after girl killed in Philadelphia murder-suicide 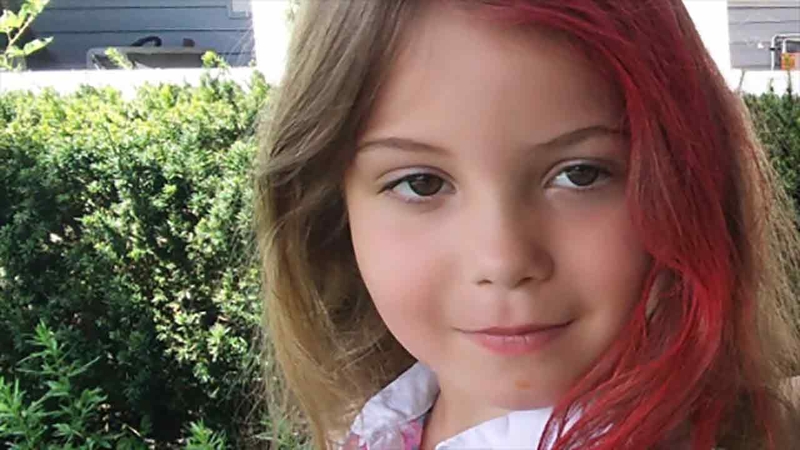 Family speaks out after girl killed in murder-suicide

MANAYUNK, Philadelphia -- Police say a man apparently killed his 7-year-old daughter, and then himself, in the Manayunk section of Philadelphia.

The discovery was made in a home in the 4500 block of Wilde Street around 10:55 a.m. on Monday. The girl was found in the living room, while the father was found in an upstairs bedroom.

The family of the little girl's mother says she had a restraining order against her ex-boyfriend, Jeff Mancuso, and that she fought for years to have sole custody of their daughter because of his history of violence.

They say the court system failed them, and now their precious little girl is gone. Through their grief, relatives say Kayden Mancuso was a vivacious and talented little girl.

They say she loved dancing, and at just 7 years old made the 10-and-under baseball team for girls with the Pennsbury Athletic Association.

"She had so much spark to her, she was our princess and our angel," said Kayden's aunt, Heather Giglio. "There's nothing we can do to bring her back."

Police say Jeff Mancuso killed his daughter then killed himself in the Manayunk section of Philadelphia.

They say the girl was dropped off to be with her father for the weekend on Saturday and was due back on Sunday.

The child's stepfather made the grisly discovery.

"We knew this was gonna happen one day, we just prayed it wouldn't," Giglio said.

Engaged in a fierce and prolonged custody battle, a mental health evaluation ordered by a judge in the Bucks County Domestic Relations Court concluded that Jeff Mancuso suffered from a major depressive disorder - a man filled with hopelessness and suicidal tendencies and a long history of violence.

Police: Girl, 7, victim of murder-suicide in Manayunk. Watch this report from Action News at Noon on August 6, 2018.

A judge concluded that the father's history of violence - including punching the family dog - and his lack of personal responsibility and remorse, had substantially and adversely affected his relations with his daughter. Still, he ordered that he be allowed custody of her, but only from 10 p.m. Saturdays to 6 p.m. Sundays.

"The system failed us. My sister fought for her custody for years and they didn't listen to us. They let him take her and now she's gone," Giglio said.

"I just wished that the police, the courts, that everybody would have done something to change this before it got to this point," Moffett said.

Kayden was to be a second grader at Edgewood Elementary in the Pennsbury School District. Officials there say counseling will be made available at the school from 9 a.m. to 3 p.m. on Wednesday and Thursday.