Two teenage best friends go on a road trip through America's heartland to procure a morning-after pill. What could go wrong?
OTRC
By Andrea Lans 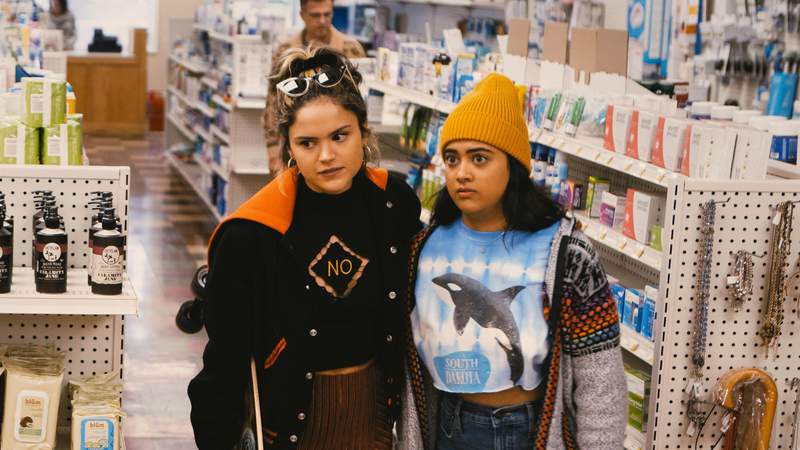 Get ready for an epic road trip with Hulu's "Plan B." The original comedy movie centers on two teenage best friends on their quest to procure a morning-after pill.

Sunny (Kuhoo Verma) is a straight-laced student who needs emergency contraception after a regrettable first experience. She's initially turned away under South Dakota's conscience clause -- a law that allows providers to deny minors contraception if it goes against their morals. What ensues is a chaotic, and hilarious, road trip with her partner in crime, Lupe (Victoria Moroles).

Verma said audiences can expect "a couple of girls toeing the line between absolute recklessness and the responsibility and obstacles that come with being women of color." The teens attend a predominantly white school and their coming-of-age experience is told through the lens of their cultural experiences.

"Her being Indian created kind of a misunderstanding of how much she was allowed to share. She has to reckon with the fact that she needs help," Verma said about Sunny's tense relationship with her overbearing mother.

"I think it's really, really hard for women of color to sometimes ask for help...especially when you're asking your mother," Verma added.

"Plan B" marks Natalie Morales' solo directorial debut and as a first-generation daughter of Cuban refugees, she pulled from her own life experiences to direct two female leads of color. Real life also lent to the cringeworthy scenes that so accurately depict the awkward experience of maturing into womanhood.

"We all have that experience of being an awkward teenager and going through that hypersexual phase," Morales said.

Amid all the crazy encounters throughout the film, Sunny and Lupe's sarcastic humor and witty banter make for an exciting ride.

"There was a little bit of spice and a little bit of magic that came in when it was just us in a room," Verma said of her onscreen chemistry with Moroles. "Right out the gate we had this inherent aura around us when we would speak with each other."

"I think what lies behind the comedy and the raunchiness is the deep-seated need for friendship," Moroles said. "And also the need for conversations around contraception."

The Hulu film addresses reproductive rights with humor, but the teenagers' challenges in getting contraception only lays the basework for a hilarious road trip.

"For any woman, that is what daily life is. It's scary, it's tragic, it's hilarious, it's bonding time with your friend, it's threatening, it's bravery. It's all of those things in one," Morales said, adding that everyone can find something to relate to, even if they've never been on a road trip quite as epic as the one in the movie.

"Plan B" begins streaming Friday, May 28 on Hulu.