Dramatic new video taken from an airport tower camera shows just how close an American Airlines plane was to disaster after the engine caught fire just before takeoff.

CHICAGO -- Dramatic new video taken from an airport tower camera shows just how close an American Airlines plane was to disaster after the engine caught fire just before takeoff at O'Hare International Airport in 2016.

The pilots made a split second to abort takeoff, slowing down the aircraft after a right engine failure. The tower video shows what unfolded in the moments before passengers scrambled to get off the plane.

Terrified passengers slid away from American Airlines Flight 383 last October. Twenty passengers were injured, all of them evacuated in roughly two and a half minutes.

The tower video provides a different view of what happened. There's a blast of smoke from the right wing as the Boeing 767 roars down the runway preparing for takeoff. Seconds later, an immense fireball appears, black smoke billowing from the airplane.

Pilots aborted takeoff with just a few second to spare, stopping their plane on the runway.

Firefighters were on the scene and attacking the blaze within minutes, surrounding the aircraft trying to suppress the flames and smoke soaring off the wing.

The National Transportation Safety Board is still investigating the fire, but believes a turbine disk failed and pierced a fuel line. It released an extensive update in July with thousands of pages of photos and witness accounts made public. 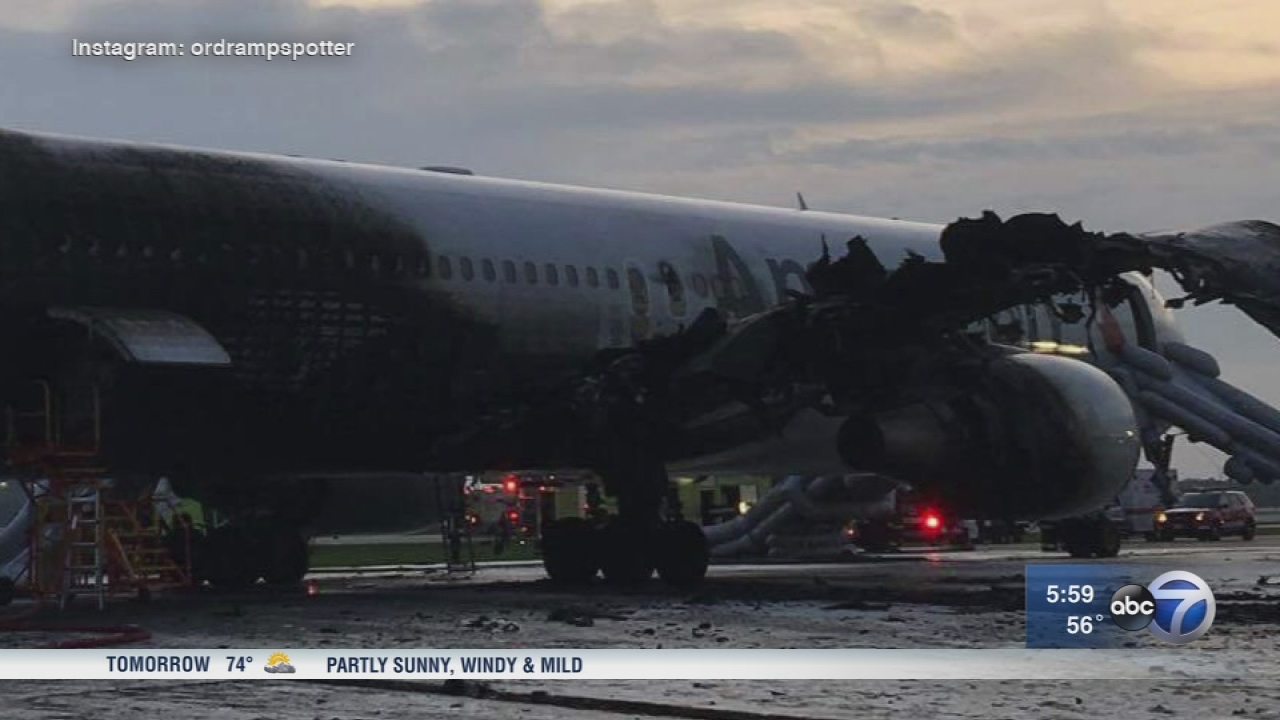 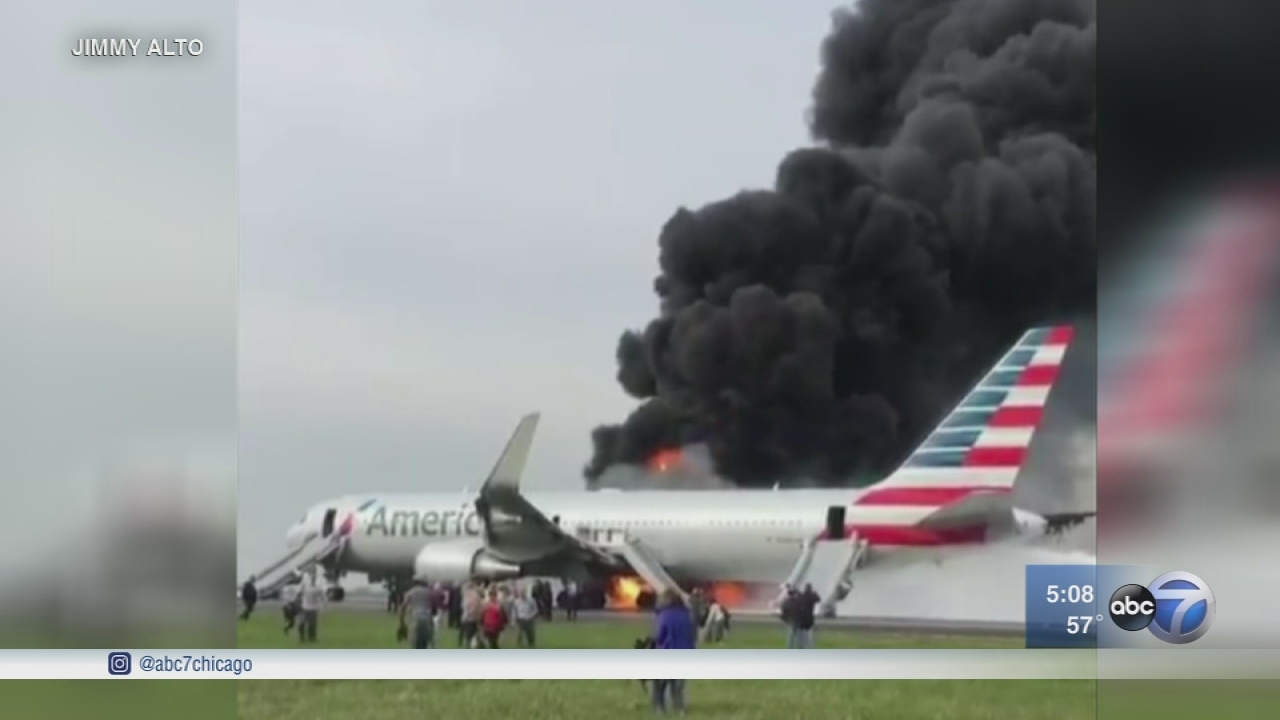 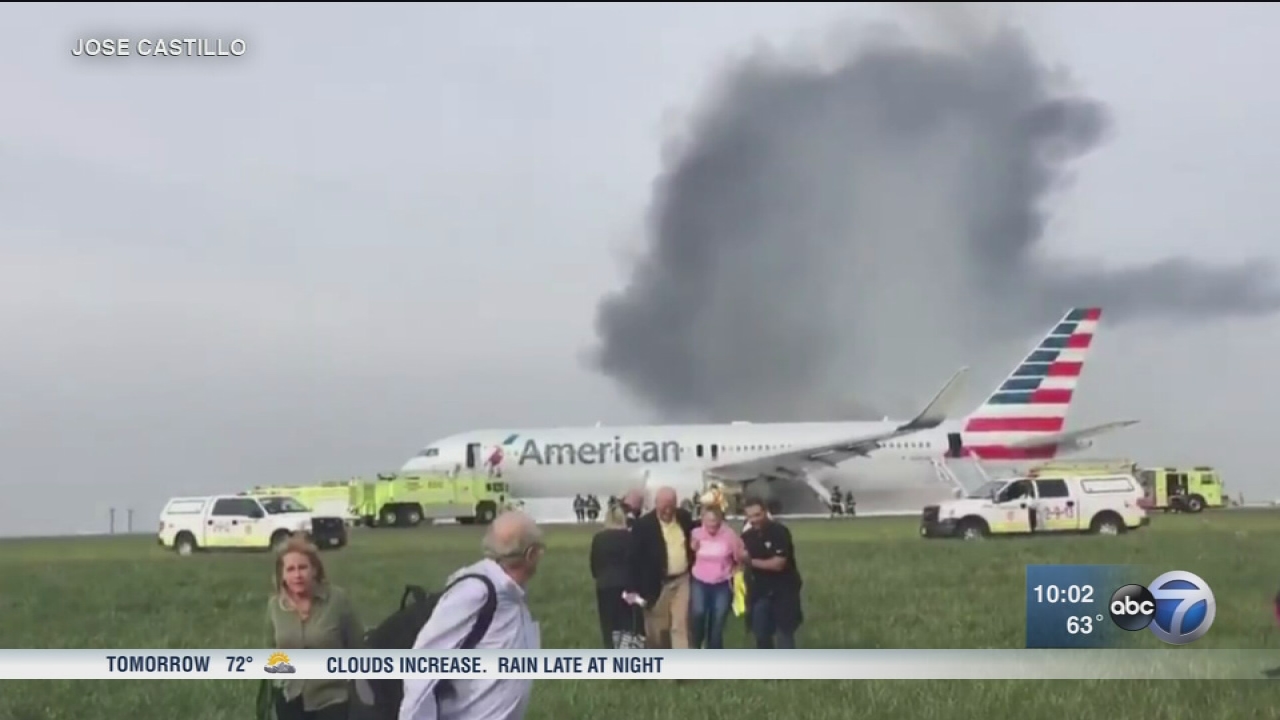 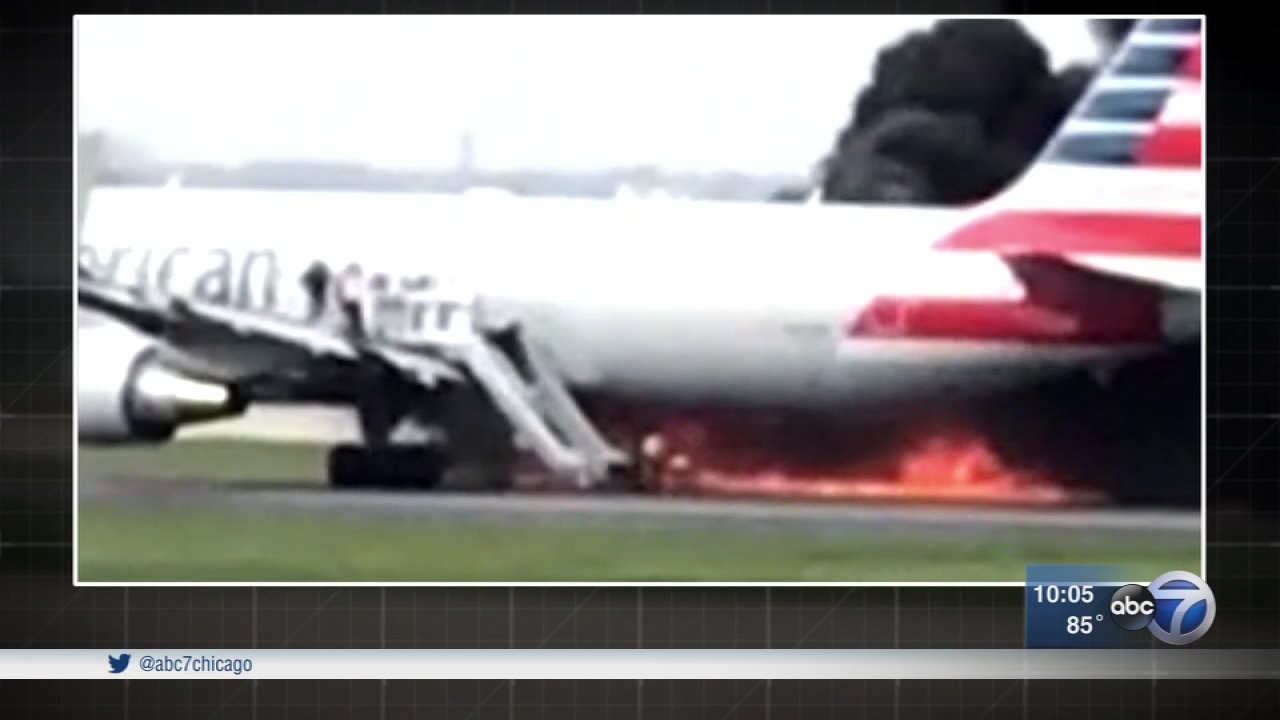