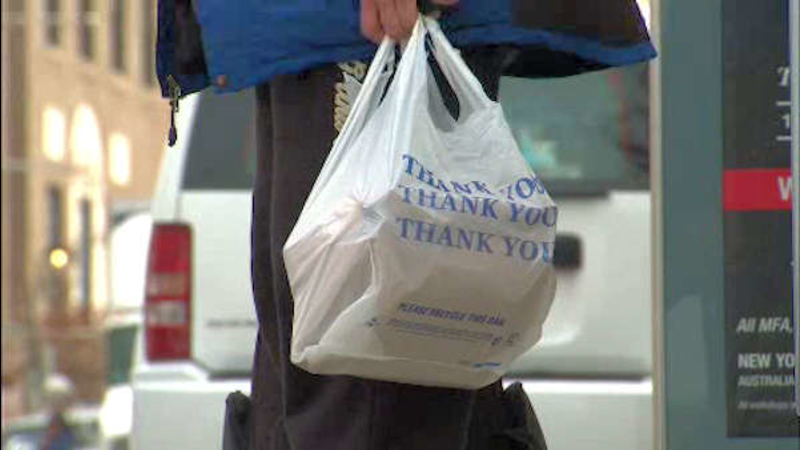 Plastic bag fee could be passed in NYC

NEW YORK (WABC) -- You'll soon be charged for every plastic bag you use at the grocery store.

A New York City Council committee has voted to recommend a 5 cent fee, and city council voted Thursday to pass it -- in a 28-20 vote. It's a proposed law that has been talked about for more than two years, giving people a financial incentive to switch over to reusable bags at grocery stores.

Under the law, grocery stores could charge at least 5 cents for each plastic or paper carryout bag for customers who don't bring their own reusable bags.

Supporters of the law said it's all about making New York cleaner and protecting the environment. They say it has worked well in many other cities and countries.

Critics, though, worry about both the financial and logistical impact of the move.

Mayor Bill de Blasio said he will sign into the law, calling it "a real win for our environment."

There are exemptions in the law, including bags for medications at pharmacies, bags for prepared foods from restaurants and items purchased with food stamps.

As part of the law, the city is required to do outreach to stores and residents, with an emphasis on low-income areas. Stores that don't comply can be fined up to $500.

The city will give away 100,000 reusable bags over the next year to help offset the loss of plastic bags.

Also, stores will be allowed to give out free reusable bags for two weeks every April.