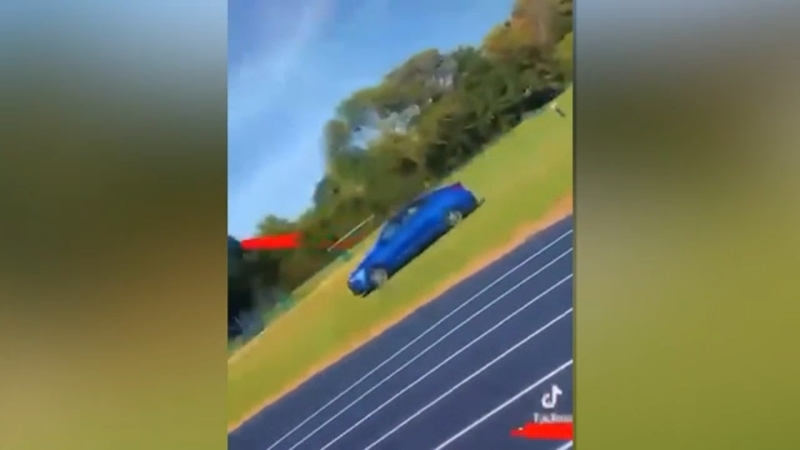 13-year-old behind wheel of stolen car during police chase

WISCONSIN (WABC) -- The person behind the wheel of a stolen car in a high-speed police chase was not even old enough to have a driver's license.

Wisconsin police say the car was stolen in Milwaukee.

It eventually came to a stop after the vehicle crashed onto the lawn of a suburban middle school just as students were dismissed.

Watch the moment two bystanders carried a 97-year-old woman out of her burning home on a chair.

When police approached the stolen car, they discovered that all the passengers were teenagers. The driver was only 13.

"Wow! When he just comes across the lawn, that was the scariest part of it," one witness said. "So I think we were just thanking God that none of the other kids got hurt."

All of teenagers in the stolen car were younger than 17.

More than 100 passengers and crew members evacuated the plane after it hit a bird while accelerating for takeoff.

"Shocking -- it seems to be the trend now where kids seem to be doing this sort of thing and putting everybody's lives at risk, putting their lives at risk," one man said.