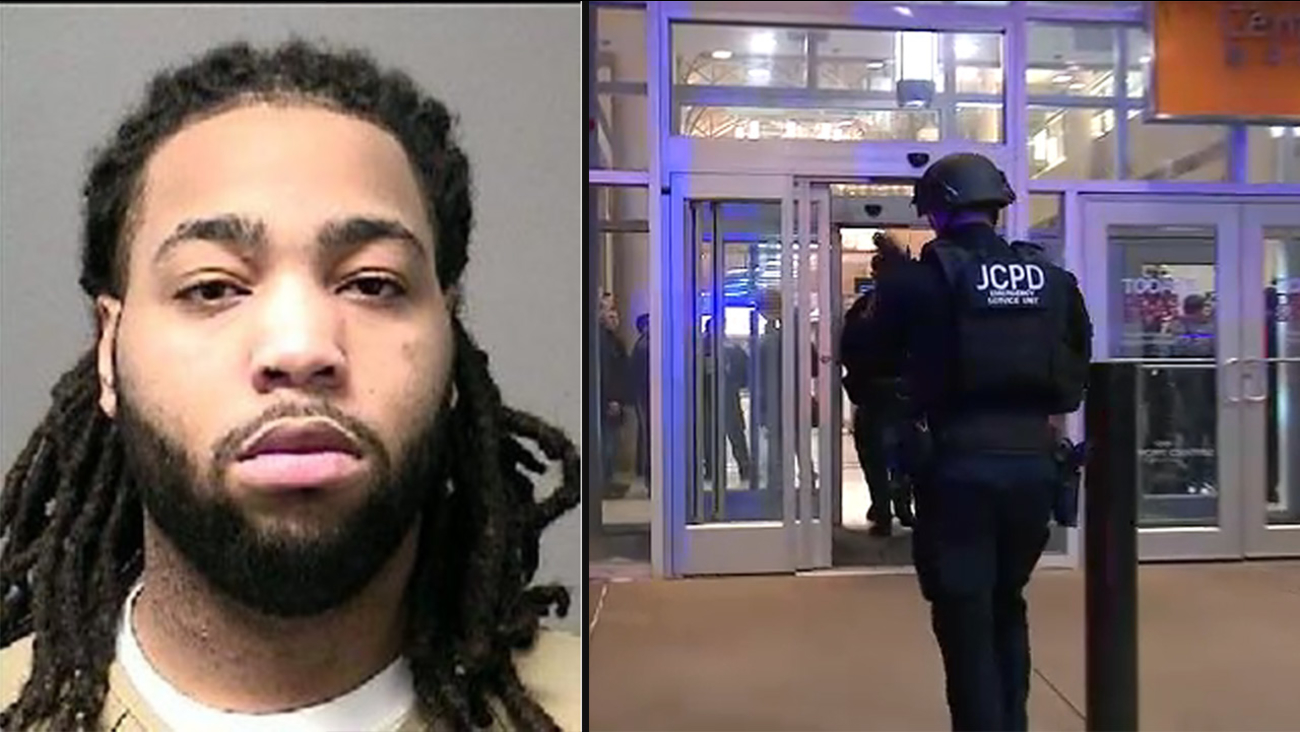 JERSEY CITY, New Jersey (WABC) -- Police have identified and released a photo of a man they are looking for in connection with a mall shooting in New Jersey.

Two people were wounded when gunfire erupted around 6 p.m. Friday inside the food court at the Newport Centre Mall in Jersey City.

One victim was shot in the stomach, while the other hit in the arm. The victims separately walked themselves to the hospital, where they were treated and released.

The Jersey City Police Department evacuated the mall quickly, after many people reportedly ran into stores for cover.

The motive of the shooting is unclear, but officials are looking into whether it was gang-related.

One of the shooting victims, Jalil Holmes, was placed under arrest and charged on an open warrant from an event that occurred on January 9.

He is facing a slew of charges in that incident, including aggravated assault, conspiracy and weapons charges.