Physically and emotionally scarred, Lipa Schwartz described the frightening moment he was attacked in broad daylight in the middle of the street in Borough Park. 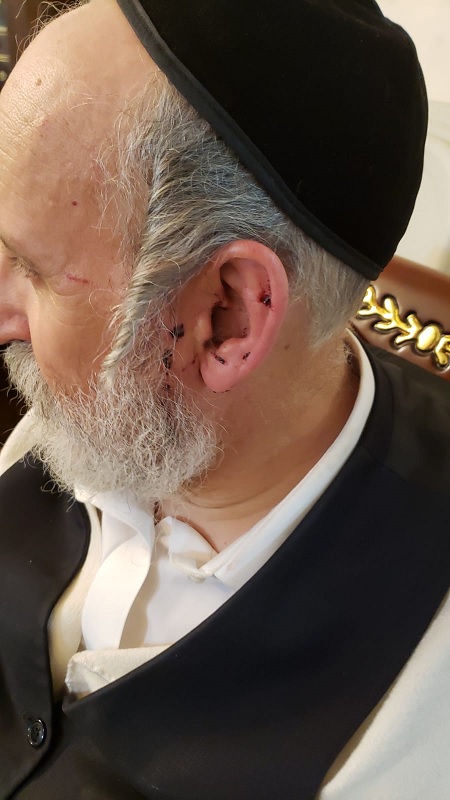 An arrest was made quickly on the scene. Eyewitness News is told 37-year-old Farrukh Afzal, from Staten Island, drove for a car service in Brooklyn and has been arrested numerous times.

"I went to him when he was handcuffed, 'what did I do to you that you tried to murder me? Tell me,'" Schwartz said. "He didn't answer back."

Schwartz says he has no idea why the man attacked him, but he said he thinks it was because he is Jewish. Initially, detectives said hate crime charges could be filed, but further investigation led them to believe the attack stemmed from a road rage incident.

Investigators said Afzal was upset because the victim was blocking his car, and that there is no indication that victim's identity was a factor.

Afzal was arraigned on charges of attempted assault in the second degree, assault in the third degree, menacing and harassment. There is no hate crime component in these charges.

The car service where he worked has informed Eyewitness News that Afzal has been fired.