Suspect shot by police after firing at officers in Brooklyn 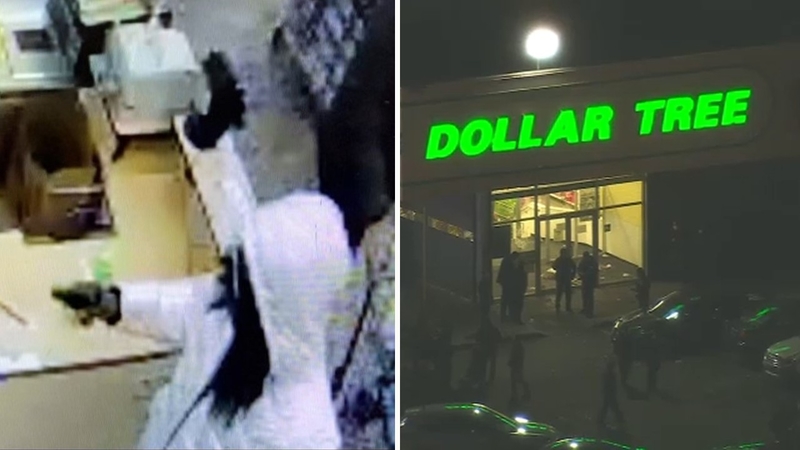 Suspect shot by police after firing at officers in Brooklyn

CANARSIE, Brooklyn (WABC) -- An investigation is underway after a suspect was shot by police in Brooklyn on Tuesday evening.

The incident was reported at a Dollar Tree store near East 96th and Schenck streets around 5 p.m.

Authorities say police responded to a call about the suspect in question.

Employees recognized him from a previous robbery the other day. Before officers could arrive, video released by the NYPD shows the suspect pulling out a gun, holding it to the head of a cashier and stuffing his pocket with cash from the open register.

When the police arrived, they encountered the suspect in the vestibule and a physical fight broke out.

During the struggle, the suspect pulled out a gun and fired at the officers twice. His gun jammed after the second round.

"They are actually in a physical struggle, a fight for their lives at that moment with a man who has a gun in his hand and is firing at them," said NYPD Chief of Department Kenneth Corey.

The officers returned fire and hit the 45-year-old suspect in the neck. It is unclear how many times he was hit.

Police gave an update and released a photo of the gun found at the scene:
EMBED More News Videos

Officials held a press conference after a suspect was shot by police in a Dollar Store in Brooklyn.

"It's police officers that were involved in a shooting and then stopped to do CPR on the person who tried to kill them," President of the Police Benevolent Association Pat Lynch said.

The suspect was taken to Brookdale Hospital where he is said to be critical but stable.

The officers were not injured, but were briefly hospitalized for observation.

Neither had ever discharged their weapon before.