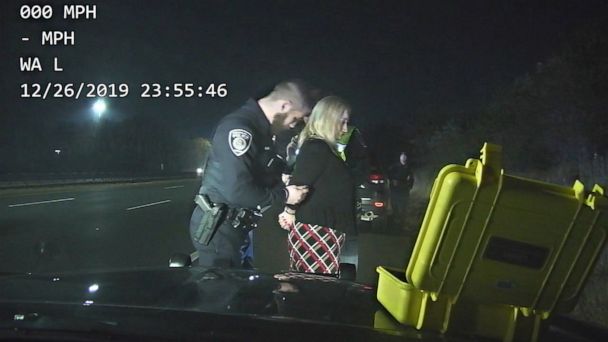 A Michigan lawmaker is in hot water after she was busted for allegedly driving on the highway "super drunk" the day after Christmas.

Rep. Rebekah Warren, according ABC Detroit affiliate WXYZ, allegedly was seen by other drivers driving a black Jeep Cherokee that swerved along Interstate-75. When Auburn Hills police caught up to the vehicle, it appears to go off the shoulder and strike a guardrail, the video shows.

Officers pulled over Warren and asked her to take a field sobriety test. She took six steps and stumbled, the video shows, and then was arrested.

"You don't understand, I'm elected. I'm a senator. People will be, like, 'The senator got arrested,'" said Warren, as she was handcuffed in the back of the police car. "That'll be, like, [expletive bleeped]. This is going to be the most famous arrest you've ever made."

"Do you understand, there's going to be a moment that we're both going to be on TV," Warren continued. "It's going to be, like, the senator from Ann Arbor's career is over. This is like career-ending for me."

Warren, 49, was taken to a nearby hospital, where it was determined her blood alcohol content was more than double .08, the legal limit.

Warren was charged under Michigan's "super drunk" law that took effect in 2010 and has stiffer penalties if she's convicted, WXYZ reported.

A first-time offender convicted of driving while impaired faces punishments including up to $700 in fines, up to 180 days in jail, up to 360 hours of community service, a one-year driver's license suspension and six points on the driver's license, according to Michigan State Police.