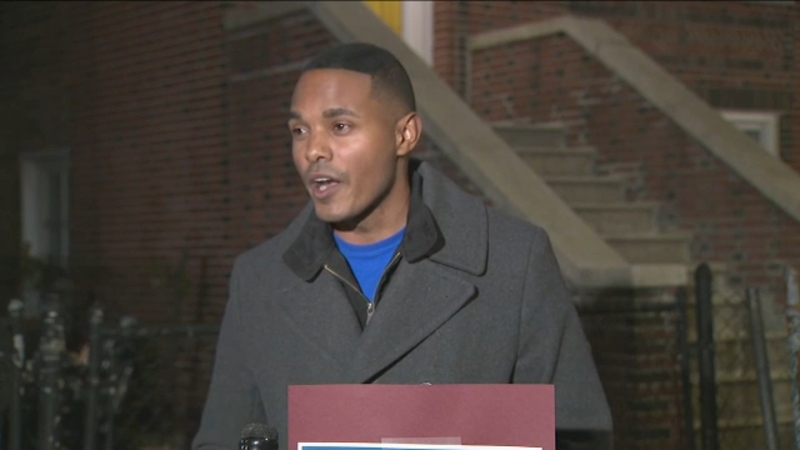 Torres claimed victory in his race against Patrick Delices for the 15th Congressional District seat vacated by Jose Serrano, who recently retired.

The 33-year-old attorney takes over from Rep. Nita Lowey, who is retiring after more than three decades in Congress.

Jones grew up in subsidized housing then went to Stanford University and Harvard Law School. In a tough Democratic primary earlier this year, he beat a list of polished opponents after getting endorsements from top progressive leaders.

The 32-year-old Torres is already a historic figure in New York politics after he became the youngest elected official in New York City history when he won his City Council seat in 2013.

"But seven years before then, I was at the lowest point in my life," Torres told Eyewitness News in September. "I was struggling with depression. I had dropped out of college. There were moments when I thought of taking my own life because I felt the world around me had collapsed."

He said his decision to enter politics stemmed from his poor upbringing in Bronx public housing and the influence of his family's Hispanic roots.

"I am the product of wise Latinas, strong Puerto Rican women, my mother, and my grandmother," Torres said. "I was raised by a single mother who had to raise three children on minimum wage, which in the 1990s was $4.25 an hour. So whether it's housing or food insecurity, poverty, or inequality, the struggles of the South Bronx are not academic to me. These are struggles I've lived in my own life."

Against all odds, he won the election for City Council in 2013. Since stepping into the role in 2014, Torres' primary focus has been the issue closest to his heart: public housing. He's exposed the dangers of lead paint contamination, secured millions for public housing complexes in the Bronx, and investigated what he calls, "slumlords," including presidential advisor Jared Kushner.

Through it all, he hasn't lost focus on the seismic shift in politics he represents.

"For the first time, many people are beginning to see a new generation of leadership that is every bit as diverse of America itself, coming not from places of privilege, but places of struggle," he said.