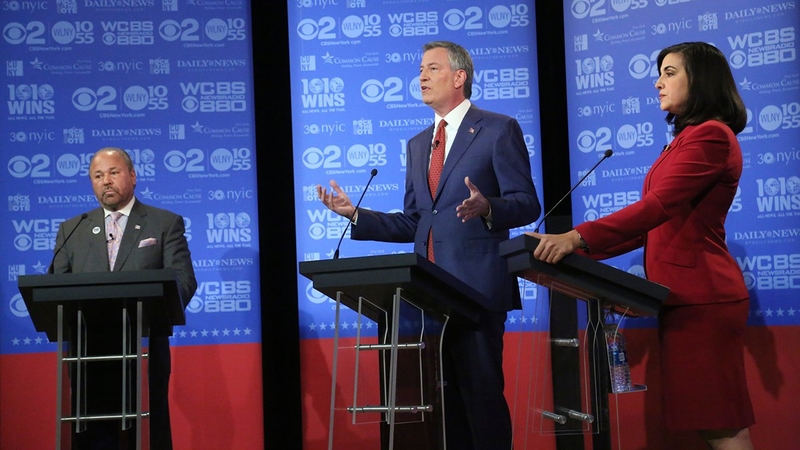 NEW YORK CITY (WABC) -- The final mayoral debate before Election Day began on Wednesday evening with discussion about Tuesday's terror attack in Lower Manhattan and the ending of police surveillance at city mosques.

"The surveillance program of the past failed because it alienated our police from the very people we needed information from, and it violated people's rights," Mayor Bill de Blasio said.

But former detective Bo Dietl said he is all in favor of profiling anyone who looks like suspect Sayfullo Saipov.

This debate was mostly about attacking the mayor on whether he traded City Hall access in exchange for campaign contributions.

"We need to take the 'for sale' sign off of City Hall and restore integrity once and for all," said Nicole Malliotakis, Republican candidate for mayor.

Jonah Rechnitz said last week in a federal trial that he gave $200,000 to the mayor and got several favors.

"What we now know about him we didn't know then, he is a liar, he is a felon," Mayor de Blasio said.

On the recent stabbing death of a student at a Bronx high school, things grew heated.

They mayor's challengers even accused police of lying about school crime statistics.

"Our schools have a lot of crime, assaults, bullying, and you're not doing anything," Dietl said to de Blasio.

They also hit the mayor on the city's growing homeless problem. The mayor admits he could have done better.

But he had a ready comeback for his two opponents, they voted for Donald Trump.

"She's a republican, she supported Donald Trump who wants to give a tax cut," Mayor de Blasio said.