Young 'Heroes' come to the rescue to fill poll-worker shortage 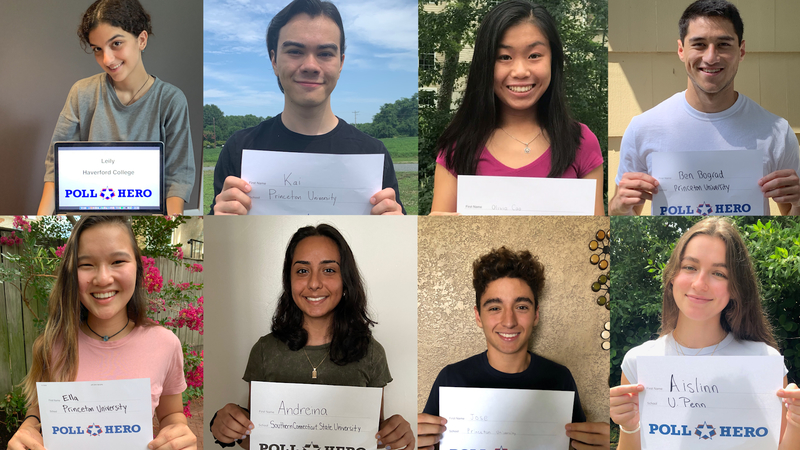 Young 'Heroes' come to the rescue to fill poll-worker shortage

JERSEY CITY, New Jersey (WABC) -- The nationwide shortage of poll workers has inspired a young generation of Americans to step up to the front lines of the election process.

Through The Poll Hero Project, founded by a group of students at Princeton University, Denver East High School, and the University of Chicago, thousands of college and high school students are being recruited to serve as paid poll workers in the upcoming election.

"Most poll workers are typically over the age of 60, so they are a lot more vulnerable to COVID-19. We've expanded nationally to try and recruit poll workers everywhere," said 19-year-old Kai Tsurumaki, a student at Princeton University and co-founder of the Poll Hero Project.

Related: New York early voting: What you need to know

The project, which initially focused on federal funding for vote-by-mail efforts, shifted its mission to recruiting poll workers once the nationwide shortage became evident.

Through their recruitment efforts and outreach, The Poll Hero Project estimates that they have been able to register over 32,500 poll workers.

"As a young person, our futures depend on the decision-making going on today and if I can make a difference in this election it would be this," said 16-year-old Bryan Santiago, who does high school outreach for The Poll Hero Project.

Using social media to spread the word and encourage students across the country, The Poll Hero Project hopes to inspire young Americans to be civically engaged and help make the election a success.

"In this country, you have the great right to vote and have a say in the government and I think everyone should take advantage of that and try to help in any way that they can and let your voice shine," said Olivia Cao, a Princeton University student and Poll Hero volunteer.