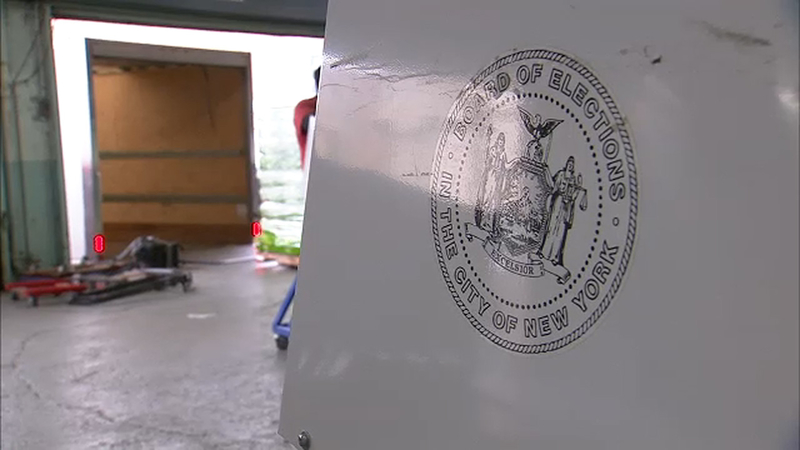 NEW YORK CITY (WABC) -- New Yorkers will make history on Saturday as the first day they will be able to cast their votes early, something that most states have already implemented for years.

There are only 61 locations to vote across the city, so residents may have to travel outside their regular voting location.

Bulky sign-in books for voters will be replaced with electronic tablets. Otherwise, the voting process will be the same.

New York City's fall election is small, including ballot questions and the race for public advocate. But next year's big election, with President Donald Trump seeking re-election, could be a massive turnout.

This year's race and the spring primaries will serve as practice runs before the 2020 election.

"We know that next year we will be voting in the most consequential election of our lifetime, and we think it's important we get a test run in this election before we have that election next year," New York state Senator Zellnor Myrie said.

The big question is whether the city's Board of Elections will able to pull this off after a long history of mistakes. The Board promises extra security at the polls, a re-designed ballot, and poll workers who are now allowed to do simple tasks such as fix a paper jam.

They also now have 10 days instead of the rush of just one day to try and get things right.

If you have questions about where or how to vote, visit NYC.pollsitelocator.com.