The Countdown: Previewing the first debate

Earlier this week, the nonpartisan Commission on Presidential Debates announced the six topics for the first face-to-face event scheduled for Sept. 29 in Cleveland.


The topics are: "The Trump and Biden Records," "The Supreme Court," "Covid-19," "The Economy," "Race and Violence in our Cities," and "The Integrity of the Election."

The topics were selected by the debate's moderator, Fox News' Chris Wallace, and will each be the subject of 15-minute "blocks" in the debate.

ABC News plans 3 hours of live coverage of the debate starting at 8:00 p.m. Tuesday on Channel 7.


Voter registration, information and resources from Vote.org
League of Women Voters of the City of New York
Board of Elections in New York City
NY Voter Registration and Poll Site Search
2020 VOTE COVERAGE Day 5 of early voting in NYC, what you should know 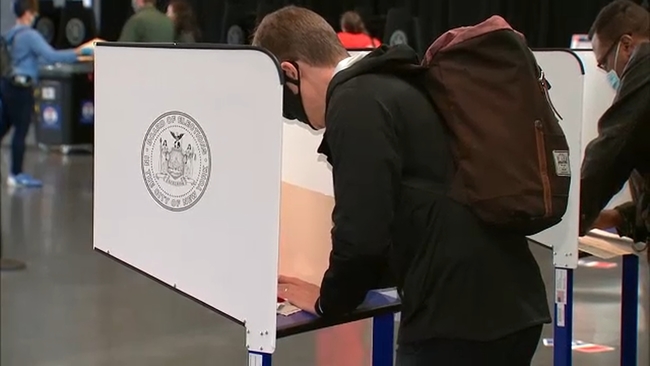 Day 4 of early voting in NYC, what you should know