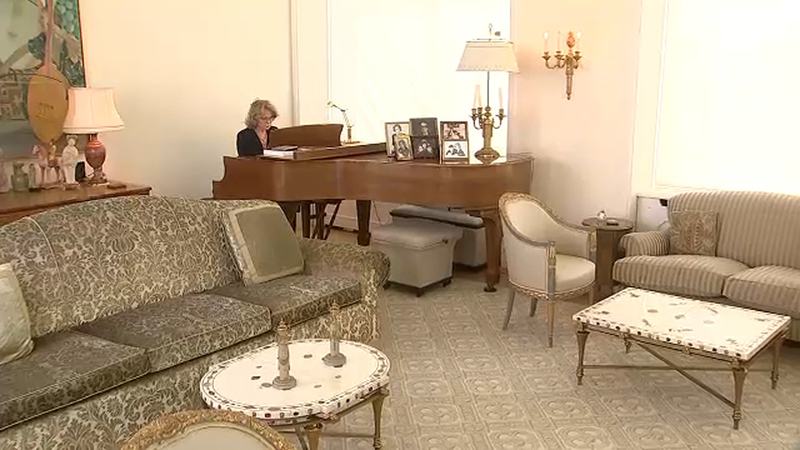 MIDTOWN, Manhattan (WABC) -- Imagine watching a season pass in a matter of moments: good weather turns bad in the blink of an eye, day turns to night - in a few seconds. That's the experience music lovers will have at Carnegie Hall next month.

Sight and sound merge as summer runs its course over just a few minutes of music. The presentation "sort of brings more meaning to it, brings it to life, gives it a more vivid feeling," composer Georgia Shreve said. As a young mother of three boys, Shreve decided to pursue a dream from her own childhood and become a composer.

Her piano concerto, which is heard as part of "Four Seasons," was first played at Carnegie Hall two years ago.

"Halstead Welles, the video artist, was in the audience, and he approached me and said let's do something together," Shreve said.

"Four Seasons" is the result. Shot at various terraces around the city using time-lapse photography, it is a method in which still photos are taken at a lower frequency. When strung together, time seems to move faster, or "lapse."

"They (the cameras) were here all summer," Shreve said outside her apartment. "We had eight on the front of the terrace and six here to the side, and they capture everything."

The still images are shown one after the other and synchronized to Shreve's music.

"The compression of all these moments on beautiful terraces of the seasons has integrated so perfectly with the piano concerto that you really feel that the piano notes are moving the season along," Shreve said.

Shreve has found beauty in the concrete jungle and wants to share that with all of us.

"I'd like my work to offer up a sense of hope and promise in these difficult times," she said. "It's very positive. It's optimistic and that's what I am trying to convey."

"Four Seasons" is just one of three works to be performed May 17 at Carnegie Hall by The Manhattan Contemporary Chamber Ensemble. Tickets can be purchased here.