South Korean officials, briefing Trump at the White House on Thursday about their recent meeting with Kim in Pyongyang, relayed that the North Korean leader expressed a commitment to denuclearization, a top demand of Trump and U.S. allies.

Kim also pledged to halt nuclear and missile testing, after conducting a string of such tests during Trump's first year in office, the South Koreans said, and expressed an eagerness to meet Trump. They said Trump agreed to meet Kim by May, and the White House later confirmed the president's decision.

"North Korea's desire to meet to discuss denuclearization - while suspending all ballistic missile and nuclear testing - is evidence that President Trump's strategy to isolate the Kim regime is working," Vice President Mike Pence, who has visited the region, said Friday in a written statement.

Pence said the North Koreans are coming to the table despite receiving "zero concessions" from the U.S., which has, with its allies, consistently increased the pressure on Kim through economic sanctions and other means.

"Our resolve is undeterred and our policy remains the same: all sanctions remain in place and the maximum pressure campaign will continue until North Korea takes concrete, permanent, and verifiable steps to end their nuclear program," Pence said, echoing Trump.

White House legislative affairs director Marc Short said Trump had discussed his decision with a "handful" of lawmakers, but wouldn't reveal names. Short said the administration was cautious about the meeting, but Congress was responding with "excitement and encouragement."

"They feel like for a long time that relationships there have been headed in a dire direction," Short told reporters at the White House on Friday. "We're obviously cautious on this, but we do believe that the president had a sea change when he came into office in the way he was going to deal with North Korea.

"We hope this bears fruit, but we're going to be cautious about it," Short said.

A meeting between the leaders would have been an unthinkable suggestion just a few months ago, when the insults between them were at their peak. Trump was a "senile dotard" and the North was snapping off regular weapons tests in its quest for a viable nuclear arsenal that can threaten the U.S. mainland.

Liberal South Korean President Moon Jae-in, who some believe has maneuvered the two leaders to this position, declared Friday in South Korea that the planned summit will be a "historical milestone" that will put the denuclearization of the Korean Peninsula "really on track."

North Korea has made a habit of reaching out, after raising fears during previous crises, with offers of dialogue meant to win aid and concessions. Some speculate that the North is trying to peel Washington away from its ally Seoul, weaken crippling sanctions and buy time for nuclear development. It has also, from the U.S. point of view, repeatedly cheated on past nuclear deals.

And now the North has landed a face-to-face meeting with the leader of the world's most powerful country, a nation that North Korea has long sought to draw into talks. The North wants a peace treaty to end the technically still-active Korean War and drive out all U.S. troops from the Korean Peninsula, removing what it says is a hostile encirclement of its territory by Washington and Seoul.

Earlier Thursday, South Korean national security director Chung Eui-yong had briefed U.S. national security adviser H.R. McMaster and other agency representatives in the Eisenhower Executive Office Building, according to White House officials who spoke on condition of anonymity to discuss internal deliberations. Once McMaster heard what was on the table, the group went to the Oval Office to brief Trump.

After Trump decided he would meet with Kim, he stuck his head into the White House press briefing room to alert reporters to an upcoming "major statement" on North Korea by South Korea.

Hours later, at a hastily arranged appearance on the White House driveway at night, Chung told reporters that Kim had "expressed his eagerness to meet President Trump as soon as possible" and that "President Trump appreciated the briefing and said he would meet Kim Jong Un by May to achieve permanent denuclearization."

"Great progress being made," Trump tweeted after the announcement.

Secretary of State Rex Tillerson said Friday in Djibouti that Trump decided for himself to meet with Kim, and that it resulted from a sharp change in the North Korean leader's stance.

"What changed was his posture in a fairly dramatic way. It was a surprise to us that he was so forward-leaning," Tillerson said. He said it would take "some weeks" before the timing for the meeting is worked out.

North Korea still produces propaganda declaring its continued dedication to its nuclear program. Washington remains publicly dedicated to annual war games with the South that the North claims are rehearsals for an invasion, and to keeping 28,500 troops in South Korea and 50,000 in Japan, largely as a deterrent to North Korean aggression. The military exercises are to resume next month after they were postponed because of the Winter Olympics in the South.

North Korea appeared to confirm the summit plans. A senior North Korean diplomat at the United Nations in New York, Pak Song Il, told The Washington Post in an email that the invitation was the result of Kim's "broad minded and resolute decision" to contribute to the peace and security of the Korean Peninsula.

Talks between Washington and Pyongyang have previously been overseen by lower-level experts, and have often bogged down, even when so-called "breakthroughs" have been made in the details.

Friday's announcement followed weeks of softening ties between the Koreas, orchestrated by Moon, and culminating in a visit by Kim's sister to the South to observe the Olympics in Pyeongchang and then Chung's trip to meet with Kim in Pyongyang.

Trump took office vowing to stop North Korea from its pursuit of a working long-range nuclear-tipped missile. He's oscillated between threats and insults directed at Kim that have fueled fears of war, and more conciliatory rhetoric.

The historic announcement comes during a period of unparalleled tumult in the Trump's West Wing, with the president's policy agenda stalled and morale sinking as staff departures proliferate and disrupt efforts to instill more discipline and order. 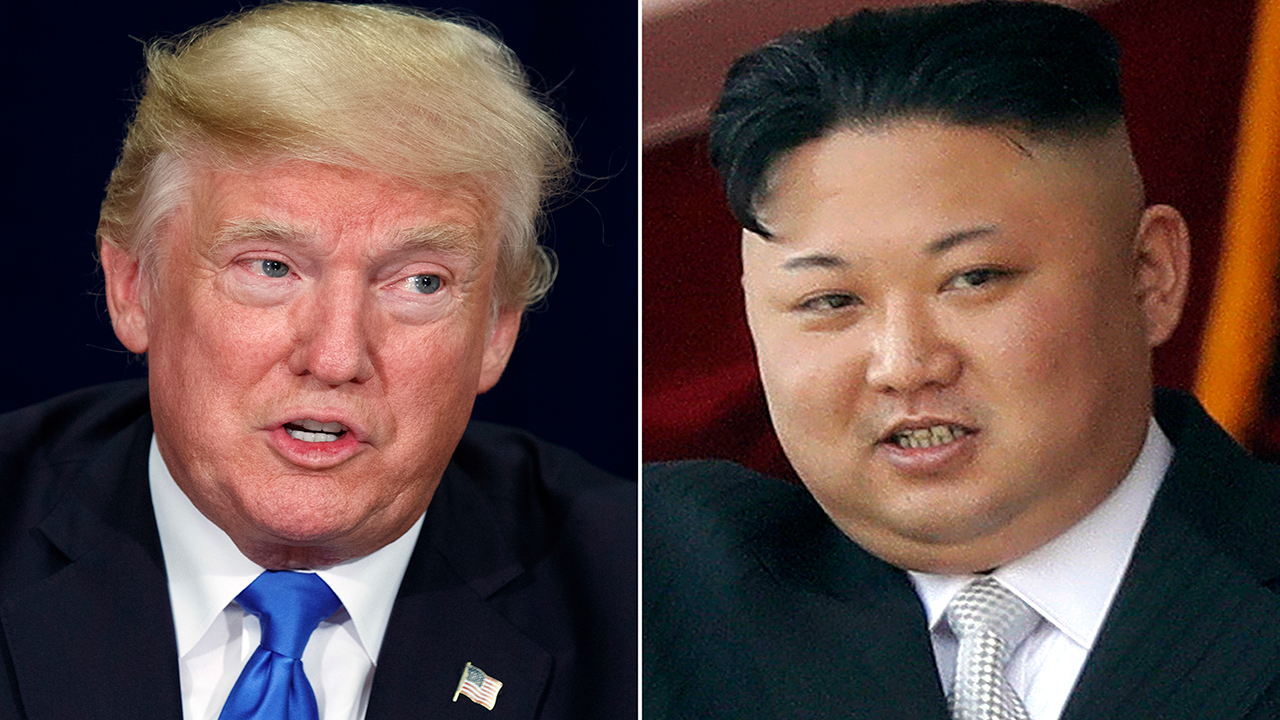 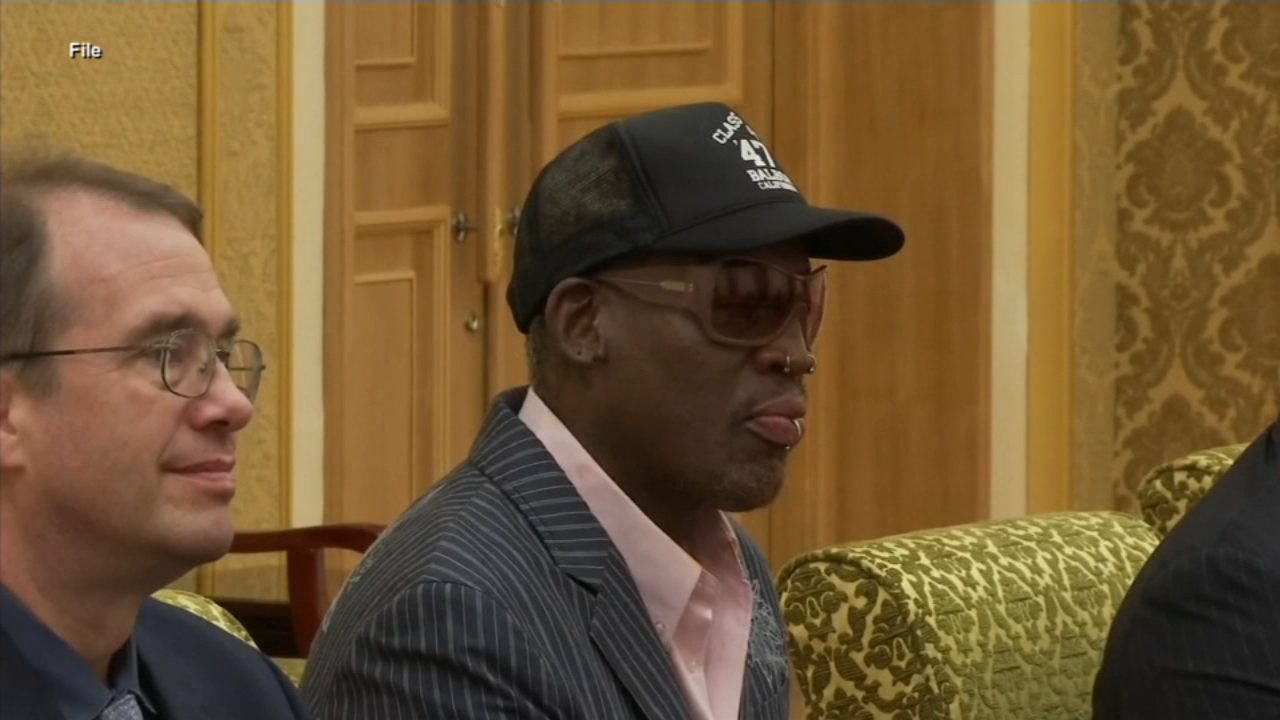 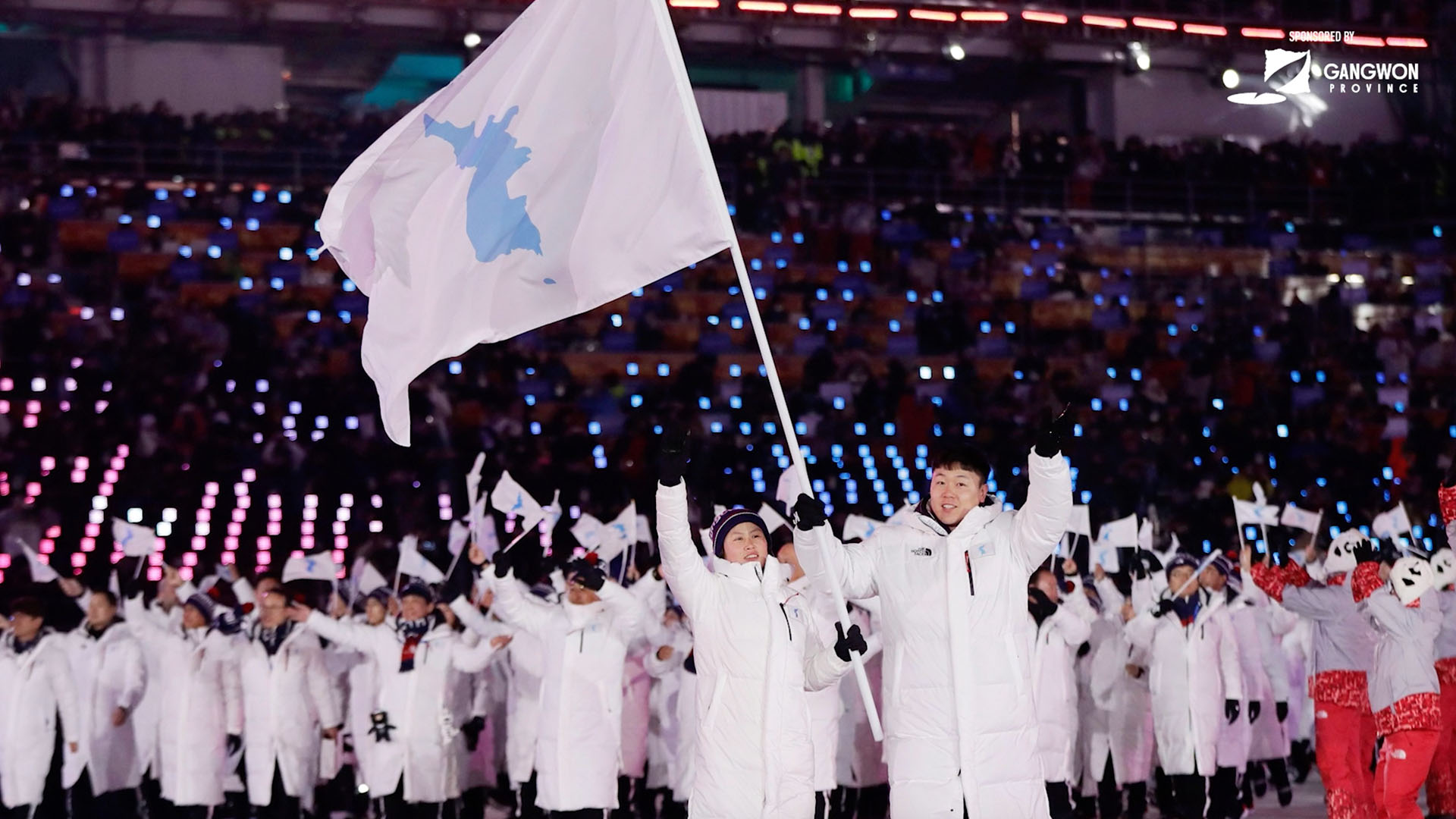 How Sports Diplomacy Could Unite North and South Korea