PROSPECT PARK, Brooklyn (WABC) -- Police in Brooklyn are searching for the man who apparently attacked and tried to rape a woman who was jogging in a park early Wednesday morning.

Detectives released surveillance video on Thursday of the man they believe is the suspect. The video shows him running from the park while his victim lay on the ground bleeding.

The victim worked with a sketch artist to produce this sketch of the suspect: 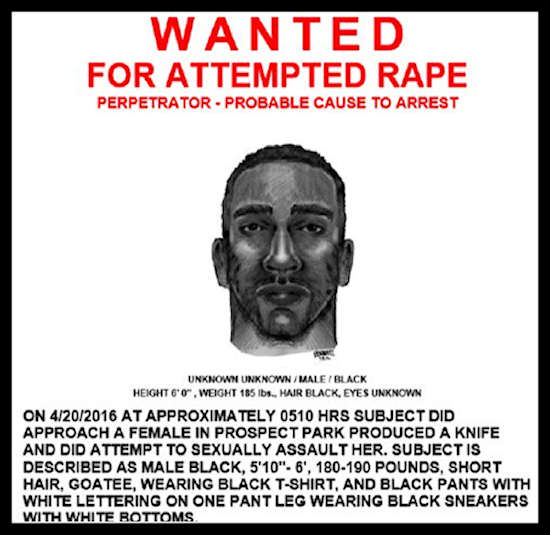 The NYPD said the incident happened at about 5:15 a.m. in Prospect Park, near Garfield Place and Prospect Park West.

The 23-year-old woman told police that a man came up behind her and threw her to the ground. He then pulled out a knife and told her he was going to sexually assault her.

The woman said she then fought her attacker, and the man fled. During the ordeal, the woman was cut on her right index finger. She was taken to the hospital, where she received six stitches and is reported to be in stable condition.

Police blocked off a section of the park to investigate later in the morning: 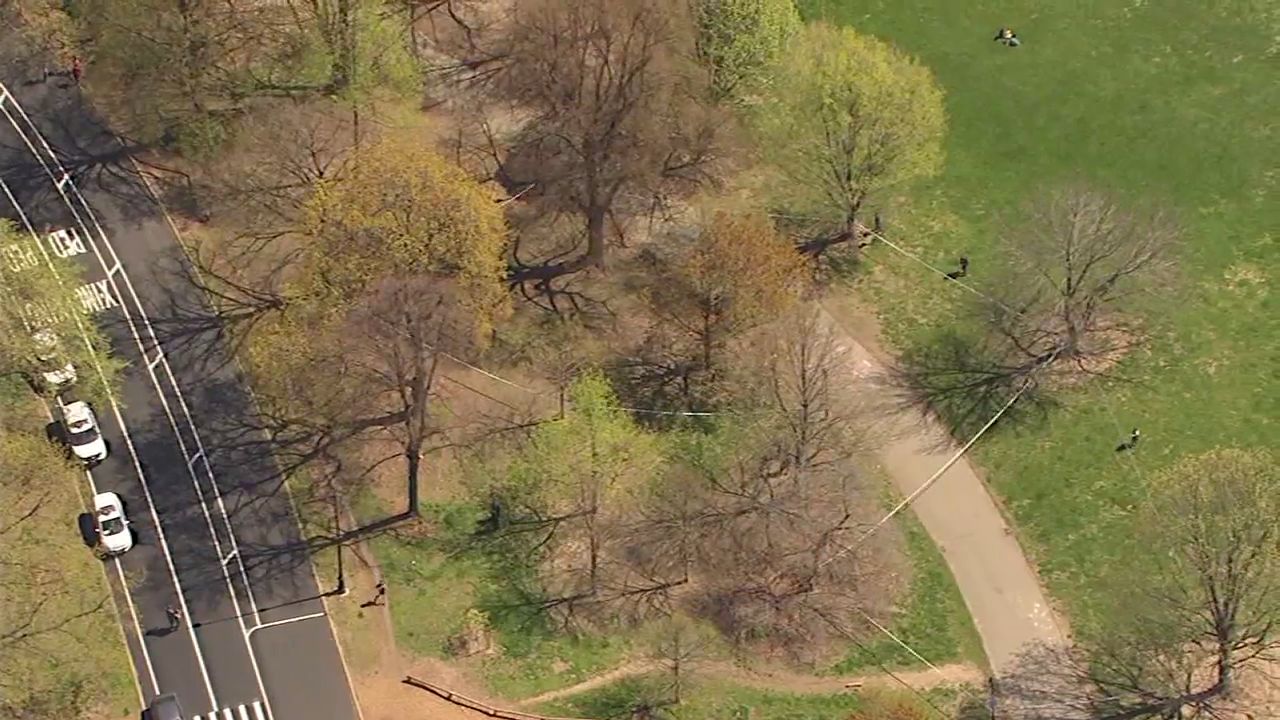 Officers searched the area looking for clues and the suspect, who was apparently wearing a black sweatsuit at the time of the attack. 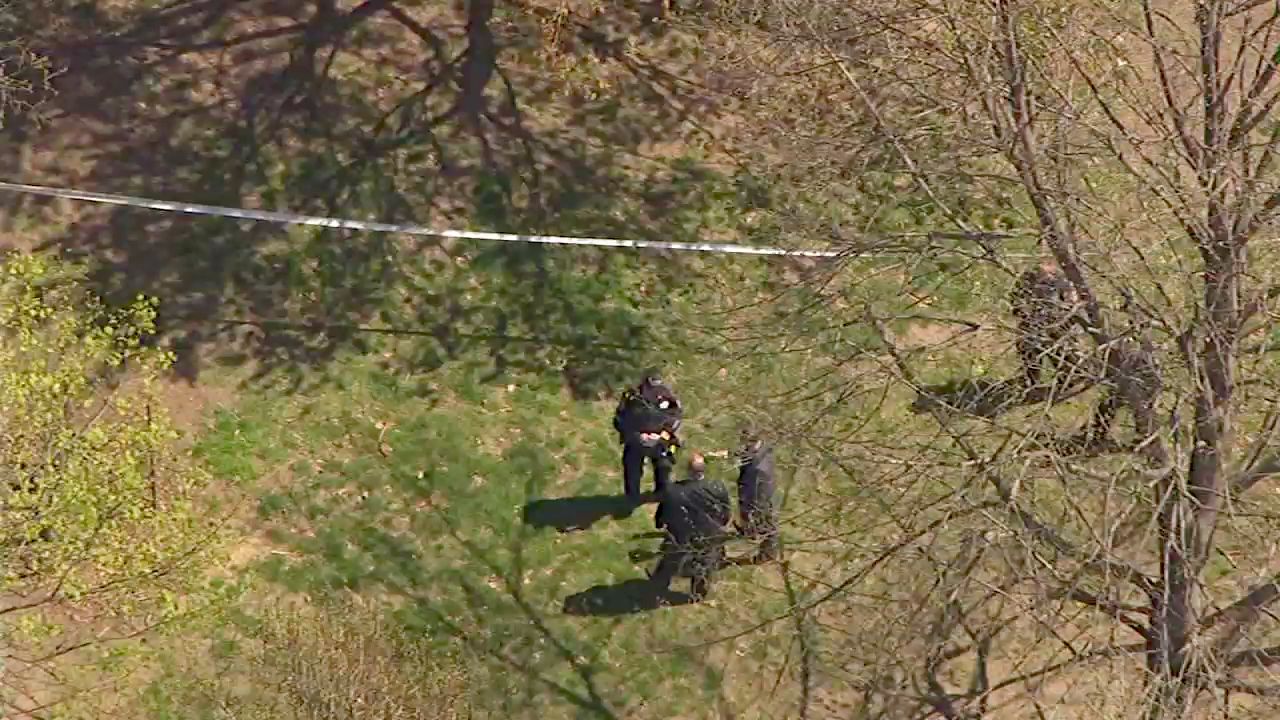 "We need people, if you saw something, please report it to the police department so we can apprehend this person," he said.

The suspect is described as black, 5 feet 10 inches to 6 feet tall, 180 to 190 pounds, with short hair and a goatee. He was last seen wearing a black T-shirt, black pants with white lettering on one leg and black sneakers with white bottoms. He also has distinctive gold teeth.