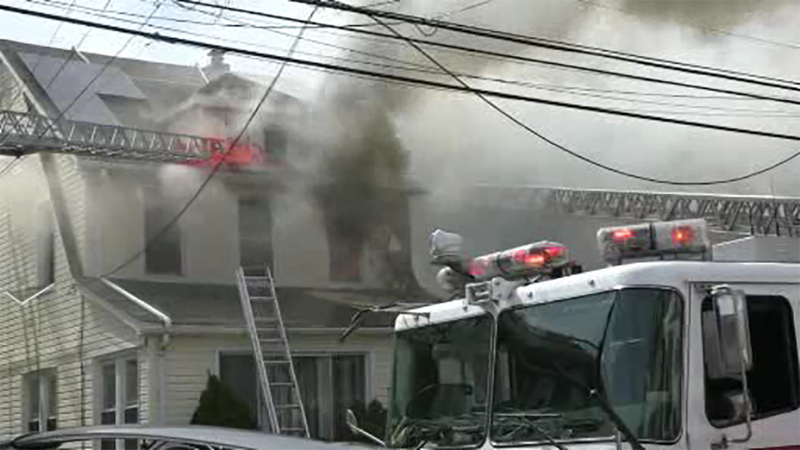 QUEENS VILLAGE, Queens (WABC) -- A man who survived the Queens Village fire that killed five, including three children is recovering in the hospital after jumping from a window to escape the flames.

Witnesses said he was screaming for his grandson as he jumped to safety from the window while the fast-moving fire was consuming the house.

Fire Commissioner Daniel Nigro said the man got out by tumbling out the window onto a porch overhang and climbed down from there.

The fire was so intense he could not get back inside to help the victims.

The victims who died in the fire were identified as 2-year-old Chayse Lipford, 10-year-old Rayshawn Matthews, 16-year-old Jada Foxworth, 17-year-old Melody Edwards, and 20-year-old Destiny Dones. Four of them are said to be members of the same extended family, while the fifth is a family friend.

The survivor was identified as by relatives as 46-year-old Maurice Matthews, who was taken to New York Hospital Center of Queens in satisfactory condition. He is reportedly Rayshawn's father and Chayse's grandfather.

"We received a call from a passing motorist who saw a fire on the first and second floor of this home, and saw someone come to the window on the second floor and tumble out from that window onto the setback and out onto the lawn," Nigro said.