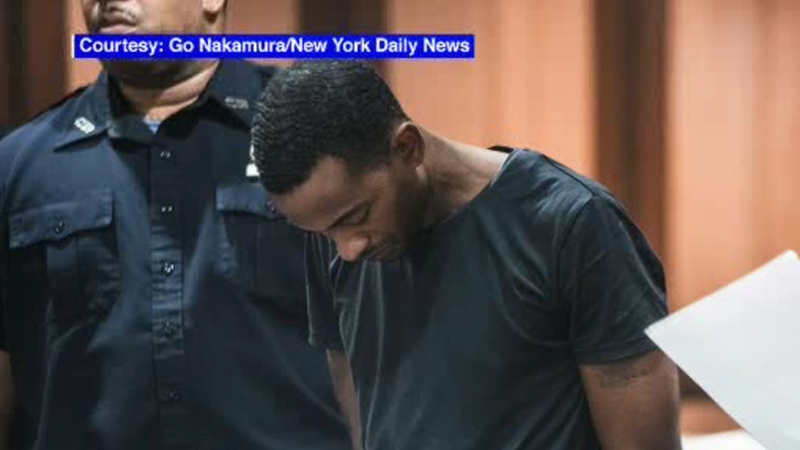 JAMAICA, Queens (WABC) -- A New Jersey man has been charged in connection with a multi-vehicle crash in Queens Sunday that left two people dead, including a 16-year-old boy.

Authorities say 33-year-old Andrew Shakespeare, of Roselle, is facing multiple charges, including manslaughter and reckless driving, after police say he caused the accident on the Grand Central Parkway.

Four cars were involved in the pileup, which happened at 6:30 a.m. in the vicinity of 188th Street in the Jamaica Estates section.

Police say Shakespeare was driving a BMW SUV westbound and was speeding when he switched lanes, hit another car and lost control of his vehicle. He then crossed three lanes of traffic, hitting a third car.

Two of the four passengers inside Shakespeare's SUV were killed. They have been identified as 34-year-old Layon Campbell and 16-year-old Akeem Grant, both of Brooklyn.

District Attorney Richard Brown said, "A wedding celebration ended in a horrific tragedy when one of the guests - the defendant - allegedly got behind the wheel of his vehicle, drove recklessly and at a high rate of speed on one of Queens County's major highways before losing control and crashing into several vehicles and through a guardrail, resulting in the death of two of his five passengers - a 34-year-old man and a sixteen-year-old boy, who was ejected from the vehicle - and causing serious injury to three others."