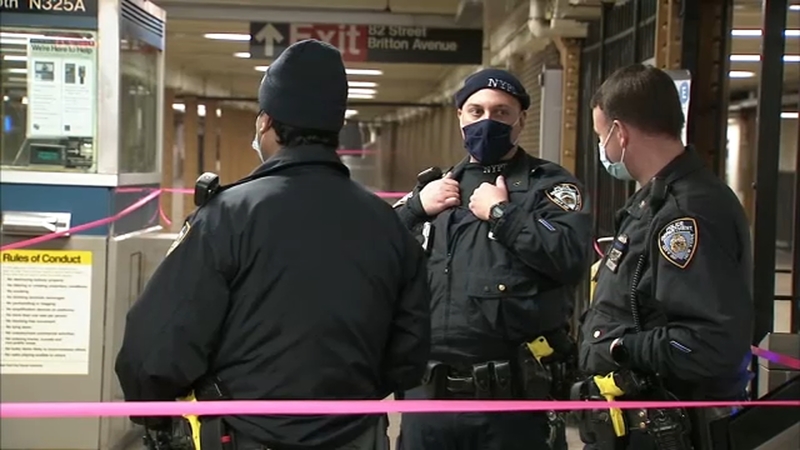 QUEENS, New York (WABC) -- An investigation is underway after a man was slashed outside a subway station in Queens Monday night.

Police say a 61-year-old man was walking home around 7 p.m. when he was approached by unknown individual who slashed him.

They say the incident happened along Judge Street near the Elmhurst Avenue M/R train station.

The victim then walked into the subway station, where he asked a token booth clerk for help.

He was taken to Elmhurst Hospital , where he's expected to survive.

It's not clear what led up to the slashing or if any words were exchanged between the suspect and victim.

So far, police have made no arrests.