The Hortons say the appraised value of their home increased by 40% when photos of the wife and son, who are Black, were removed.
WABC 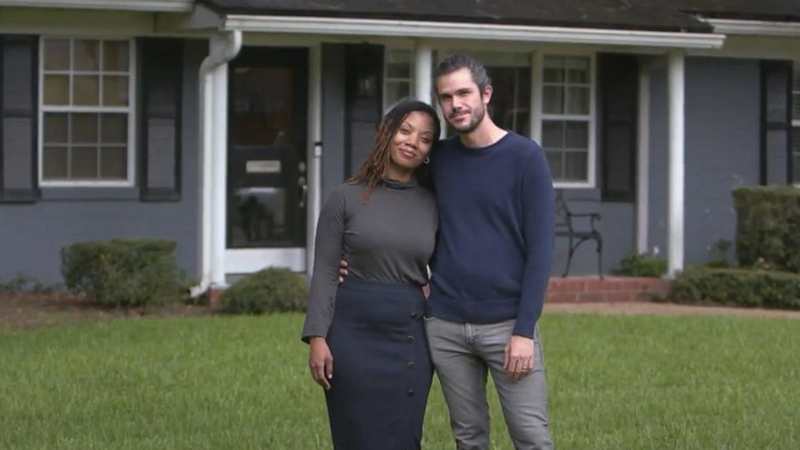 JACKSONVILLE, Fla. -- A couple says that they faced discrimination while getting their home appraised because of the wife's race.

Abena Horton, a labor and employment attorney, and her husband Alex Horton, an artist, said they set out to get an appraisal of their home in Jacksonville last June.

They hoped to refinance their home and pay down the mortgage.

Abena, who is Black, said she felt unsettled during the initial appraisal.

"It clicked in my mind almost immediately ... Why did I let myself forget that I live in America as a Black person? And I need to take some extra steps to get a fair result," she said.

The Hortons said at $330,000, the appraisal seemed shockingly low, and even the bank couldn't make sense of that number.

Yelp is adding alerts to its service about businesses accused of racism.

They decided to get a second appraisal with a new appraiser and made the home appear as if Alex, who is white, was the only person living there. Abena said she took down pictures of her and her son, removed Black Panther toys and replaced them with pictures of her husband and his white family.

"I'm ashamed of it. I'll be honest. I'm ashamed of the fact that my son will see that this something that I did. I'm ashamed to say that I really wanted to refinance and pay off my house sooner and have full equity in my home, and so I was willing to put up with that indignity to do it because I knew it was going to be effective," Abena said.

"Then I think it was about 15 seconds later when the tears came. Because we realized just how much more removing that variable increased the value of our home ... to know just how much, me personally, I was devaluing the home just by sitting in it. Just by living my life. Just by paying my mortgage. Just by raising my son there," Abena said.

Andre Perry, a fellow at the Brookings Institution, studies the effects of discrimination in housing and says Black people are historically disadvantaged.

"What we found, after controlling for education, crime, walkability, was that homes in Black neighborhoods are devalued by 23%, ... and cumulatively, that's about $156,000,000,000 in loss equity," Perry said.

Abena said in the future, she'll be transparent with her 6-year-old son.

"I feel as though he's a little boy who should be able to walk into a room, be who he is, be proud of that, and not shrink in any way. But at the same time, I don't want him to get the hard lesson in reality," she said.
Report a correction or typo
Related topics:
societyfloridamortgageshousingu.s. & worldrace in america
Copyright © 2022 WABC-TV. All Rights Reserved.
RACE IN AMERICA
NatGeo debuts 'Into the Depths' podcast on search for slave shipwrecks
What to know about the judge viewed as Biden's top Supreme Court pick
California redwood forest returned to Native American tribes
Cause of death revealed for 23-year-old woman found dead after date
TOP STORIES
Winter Storm Update: Tracking the nor'easter
New Yorkers urged to prepare for snow, wind as nor'easter looms
Wake for NYPD Officer Rivera held at St. Patrick's Cathedral
Family, friends of NYPD officer Jason Rivera honor him with 2-mile run
Exclusive: Hate crime victim speaks out after attack in NYC
Parents livid after 9-year-old girl left locked outside school in cold
Holocaust letter detailing family's death found at NY flea market
Show More
Missing NJ mom, 2 young kids found safe, won't be returning home
Mayor Eric Adams vows change amid surge of NYC violence
Car hits NYC restaurant, which is burglarized the next night
100 bags of fentanyl found in bedroom of 13-year-old who died from ...
Missing NYU adjunct professor found safe at hospital
More TOP STORIES News