Many Muslims to begin fasting for month of Ramadan on Monday 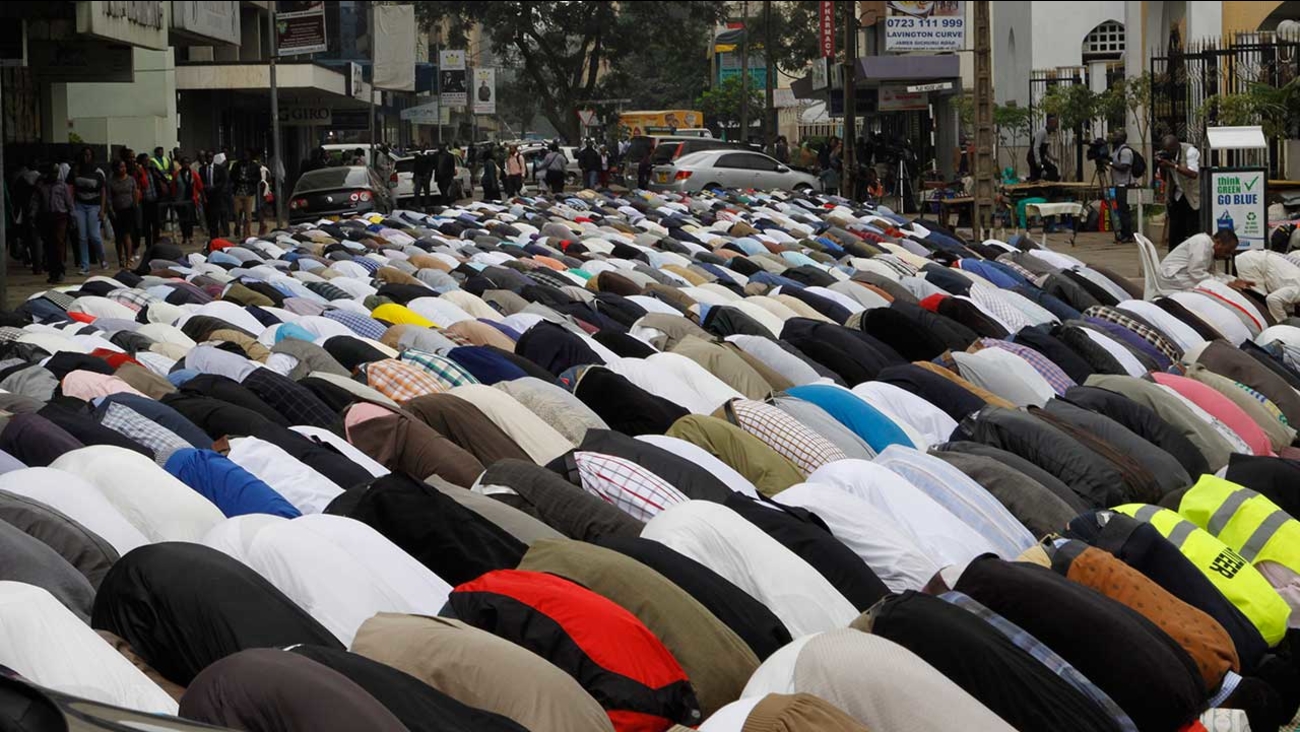 Kenyan Muslim men pray on the first Friday of Ramadan in Kenya in 2015. Muslims around the globe observe the holy fasting month of Ramadan. (AP Photo/ Khalil Senosi)

DUBAI, United Arab Emirates -- Millions of Muslims around the world will mark the start of the holy month of Ramadan on Monday, a time marked by intense prayer, dawn-to-dusk fasting and nightly feasts.

Following these announcements, a mosque in Tampa, Florida announced to its followers that they too would celebrate the first day's fasting Monday.

Muslims follow a lunar calendar and a moon-sighting methodology that can lead to different countries declaring the start of Ramadan a day or two apart. By Sunday evening, Pakistan and Iran had yet to officially announce Monday as the first day of Ramadan. Traditionally, countries announce if their moon-sighting council spots the Ramadan crescent the evening before fasting begins.

The faithful spend the month of Ramadan in mosques for evening prayers known as "taraweeh," while free time during the day is often spent reading the Quran and listening to religious lectures.

Each day for the month of Ramadan, Muslims abstain from eating and drinking from sunrise to sunset. Even a sip of water, coffee or a cigarette can invalidate one's fast. There are exceptions to fasting for children, the elderly, the sick, women who are pregnant, nursing or menstruating, and people travelling.

Many break their fast as the Prophet Muhammad did around 1,400 years ago, with a sip of water and some dates at sunset followed by prayer. It is common for Muslims to break their fast with family and friends and charities organize free meals for the public at mosques and other public spaces.

The fast is intended to bring the faithful closer to God and to remind them of the suffering of those less fortunate.

Fasting during Ramadan is one of the five pillars of Islam, along with the Muslim declaration of faith, daily prayer, charity and performing the hajj pilgrimage in Mecca. Non-Muslims or adult Muslims not observing the fast who eat in public during the day in Ramadan can be fined or even jailed in some Middle Eastern countries, such as Saudi Arabia and the United Arab Emirates, which is home to large Western expatriate populations in Dubai and Abu Dhabi.

Muslims celebrate the end of Ramadan with a three-day holiday called Eid al-Fitr.