Philbin died Friday, just over a month before his 89th birthday. He died of natural causes, according to a family statement.

NEW YORK -- Regis Philbin, whose down-to-earth persona and sense of humor made him one of the most popular television personalities for decades, has died, his family confirmed. He was 88.

Philbin died Friday, just over a month before his 89th birthday. He died of natural causes, according to a family statement.

"We were beyond lucky to have him as a mentor in our careers and aspire everyday to fill his shoes on the show," Ripa and current "Live" co-host Ryan Seacrest posted to Instagram Saturday.

He also hosted the game shows "Who Wants to Be a Millionaire," "Million Dollar Password" and the first season of "America's Got Talent."

Philbin was a fixture of American broadcasting for decades. He got his start in the 1960s as a regular sidekick for host Joey Bishop. He then worked in Los Angeles local news during the 1970s, both as an entertainment reporter and as the host of "A.M. Los Angeles."

But New York City beckoned and Philbin took his talk show skills to his hometown. The show went national in 1988 with his co-host, Kathie Lee Gifford.

He was host of the prime-time game show, "Who Wants to Be a Millionaire," briefly television's most popular show at the turn of the century. ABC aired the family-friendly program as often as five times a week. It generated around $1 billion in revenue in its first two years - ABC had said it was one of the most profitable show in TV history -- and helped make Philbin himself a millionaire many times over.

Philbin's question to contestants, "Is that your final answer?" became a national catchphrase. Philbin was even a fashion trendsetter; he put out a line of monochromatic shirts and ties to match what he wore on the set.

"You wait a lifetime for something like that and sometimes it never happens," Philbin told the AP in 1999.

In his lifetime, Philbin logged more than 15,000 hours on the air, earning him recognition in the Guinness Book of World Records for the most broadcast hours logged by a TV personality, a record previously held by Hugh Downs.

"Every day, you see the record shattered, pal!" Philbin would tell viewers. "One more hour!"

PHOTOS: The life and career of Regis Philbin 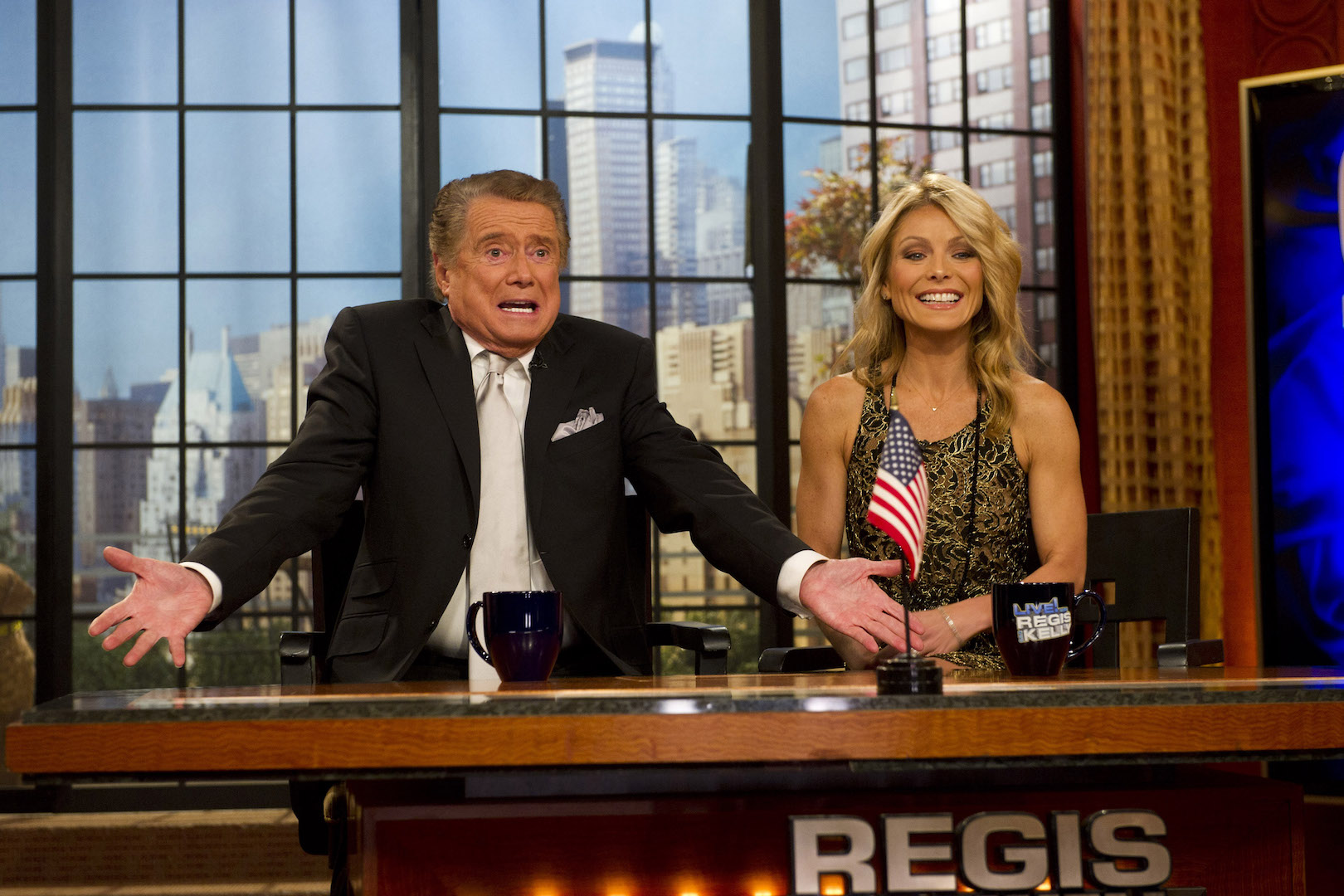 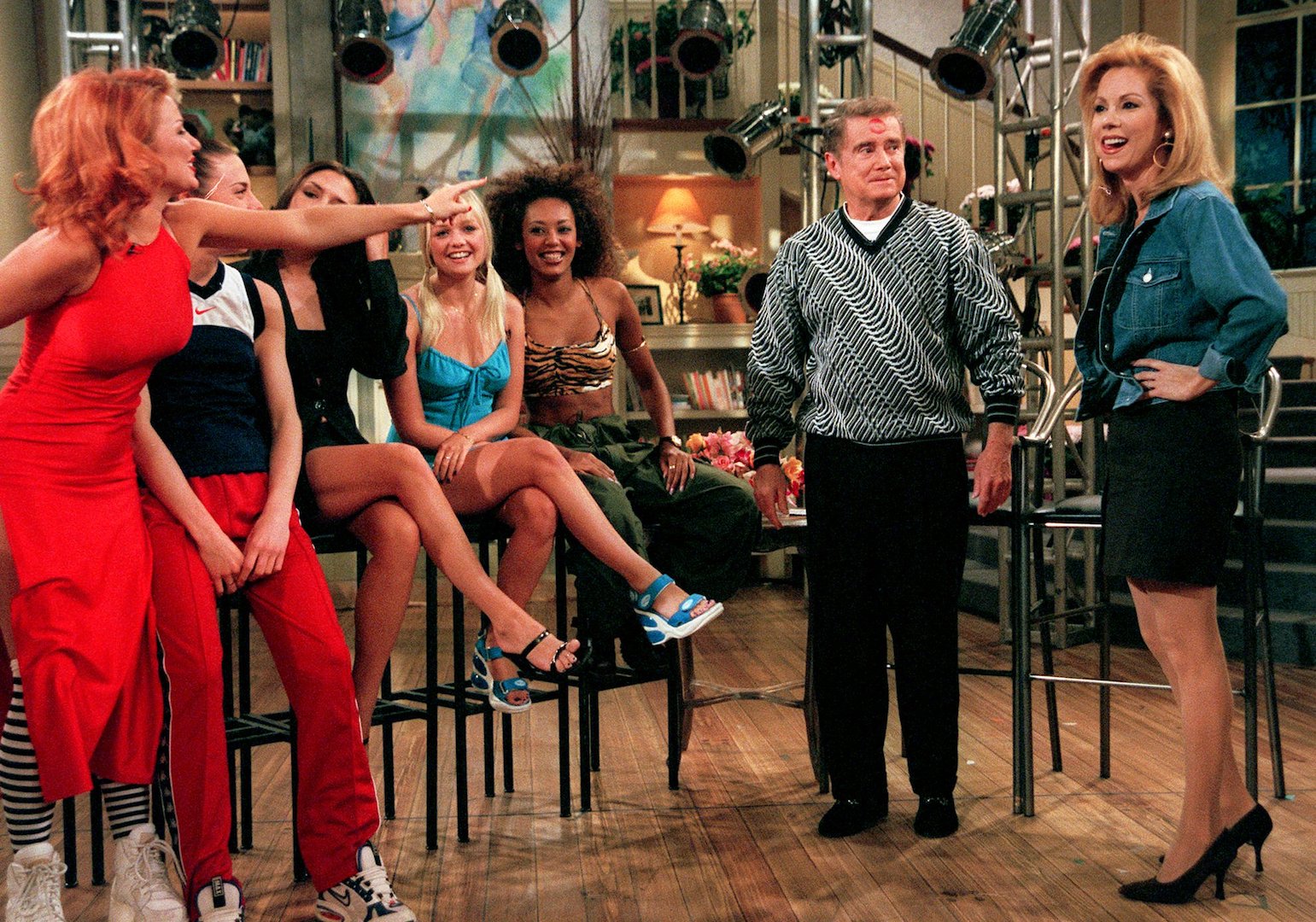 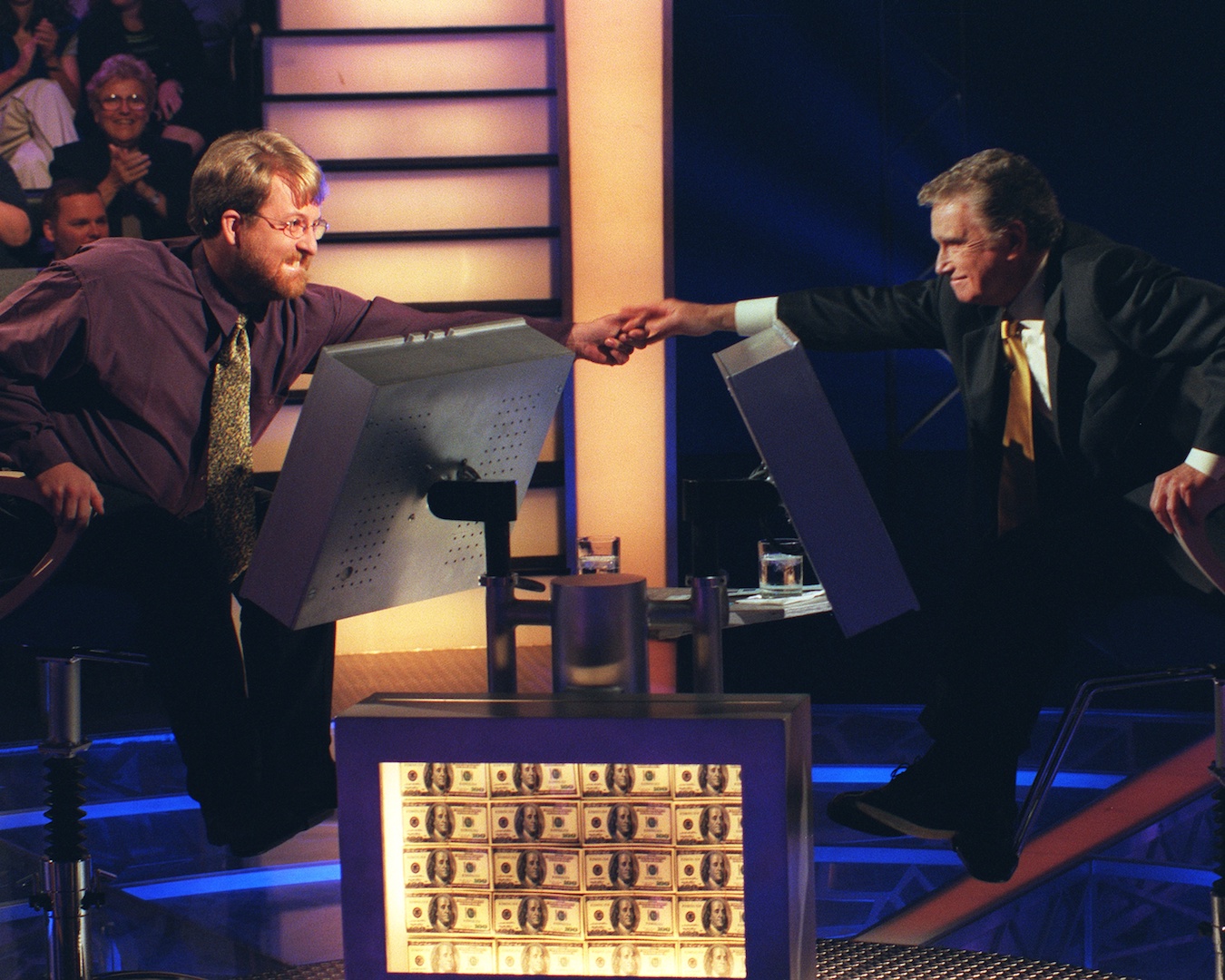 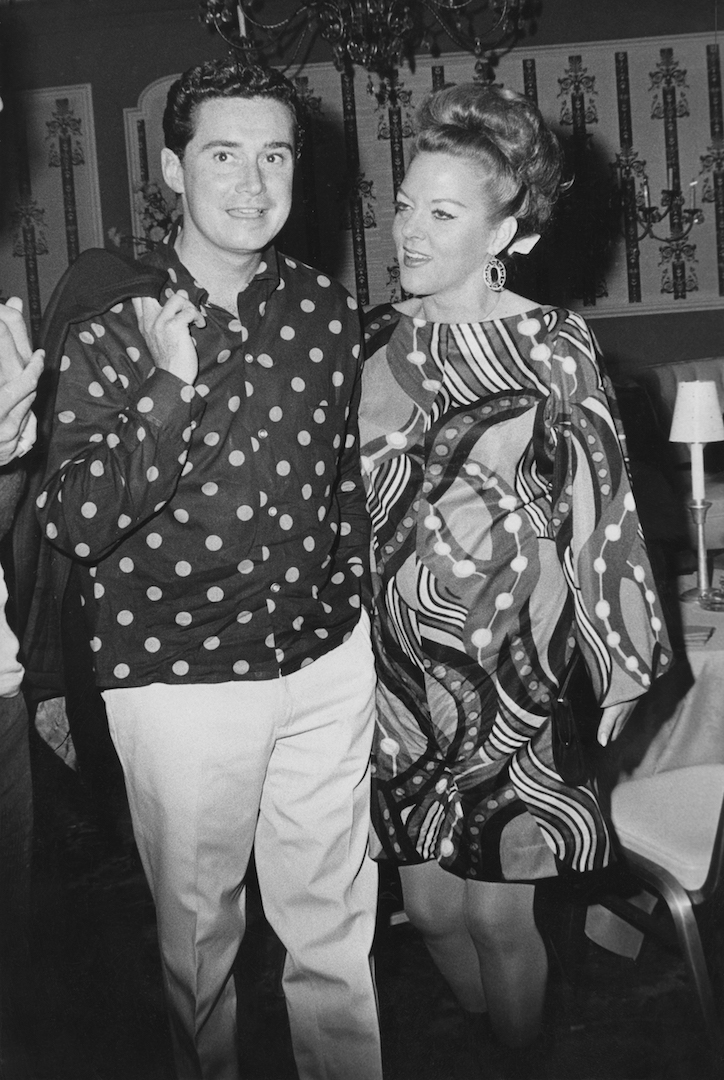 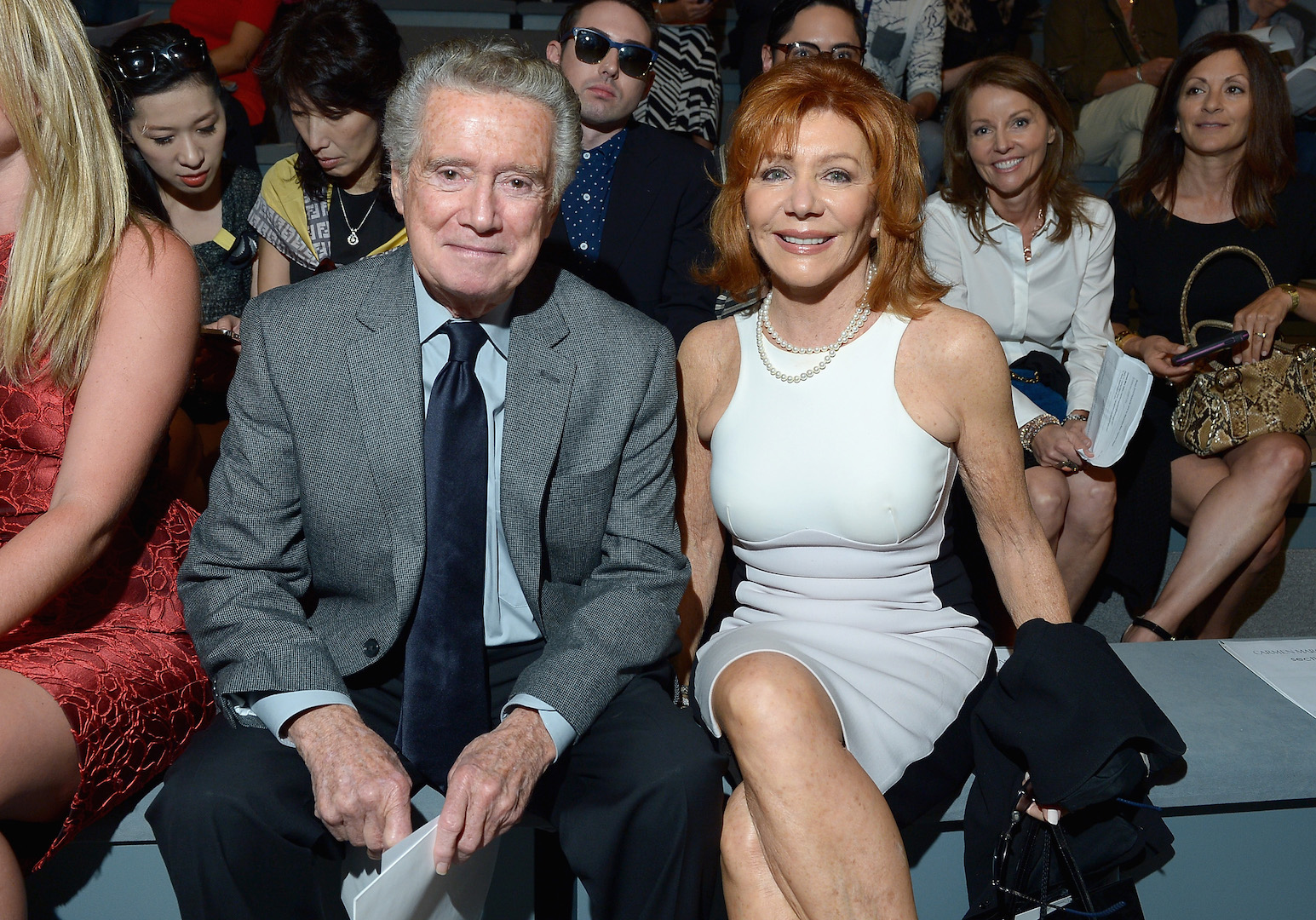 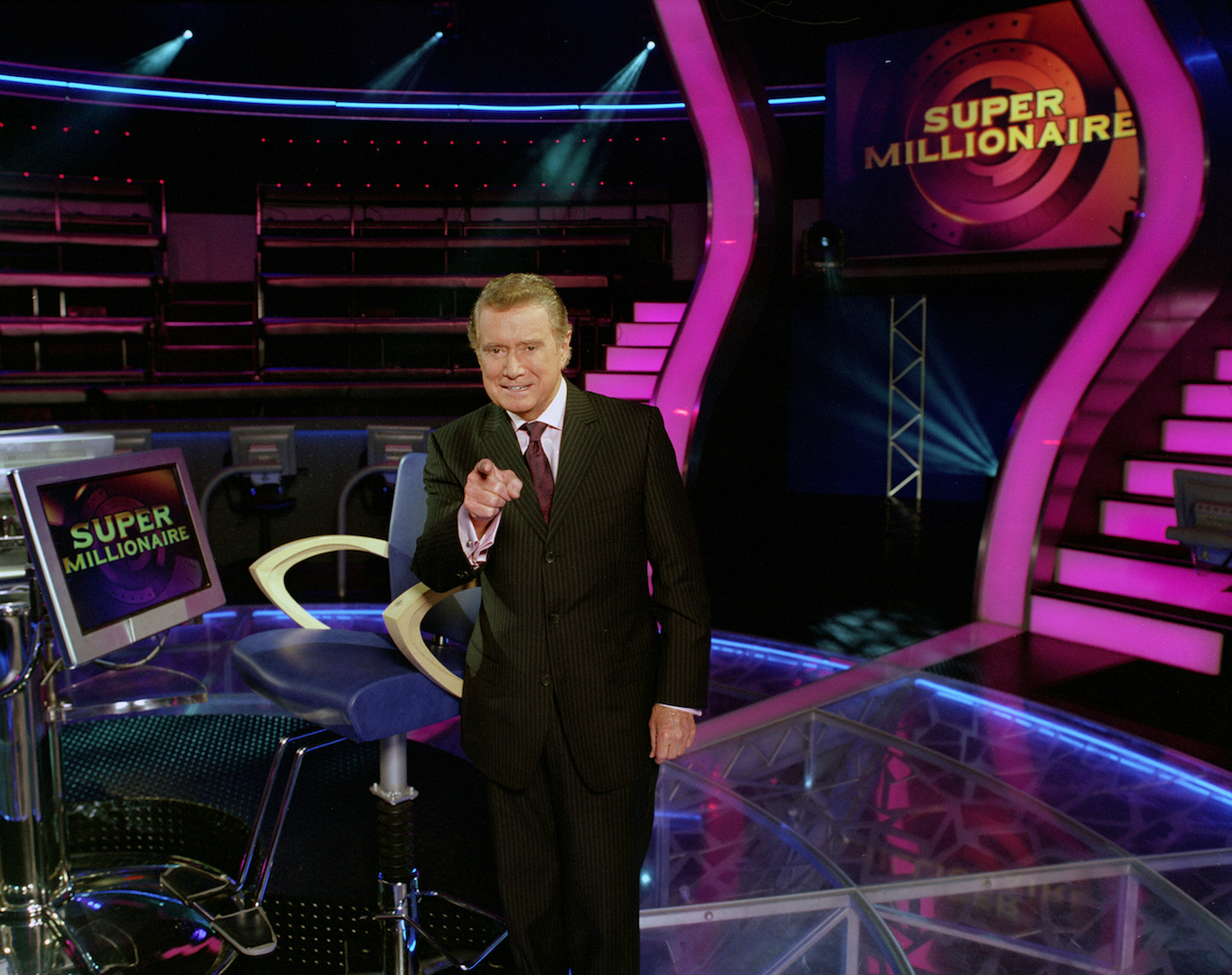 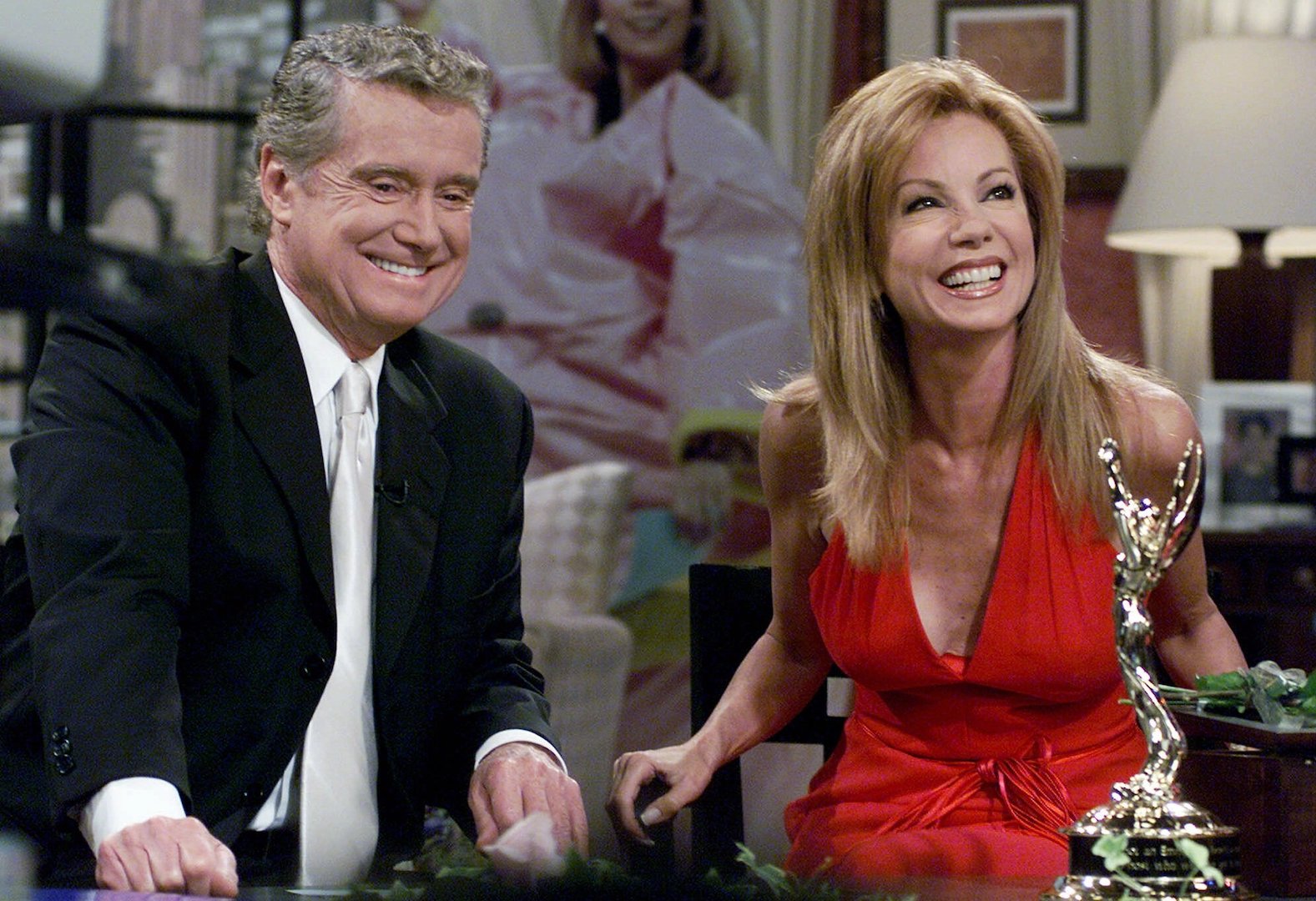 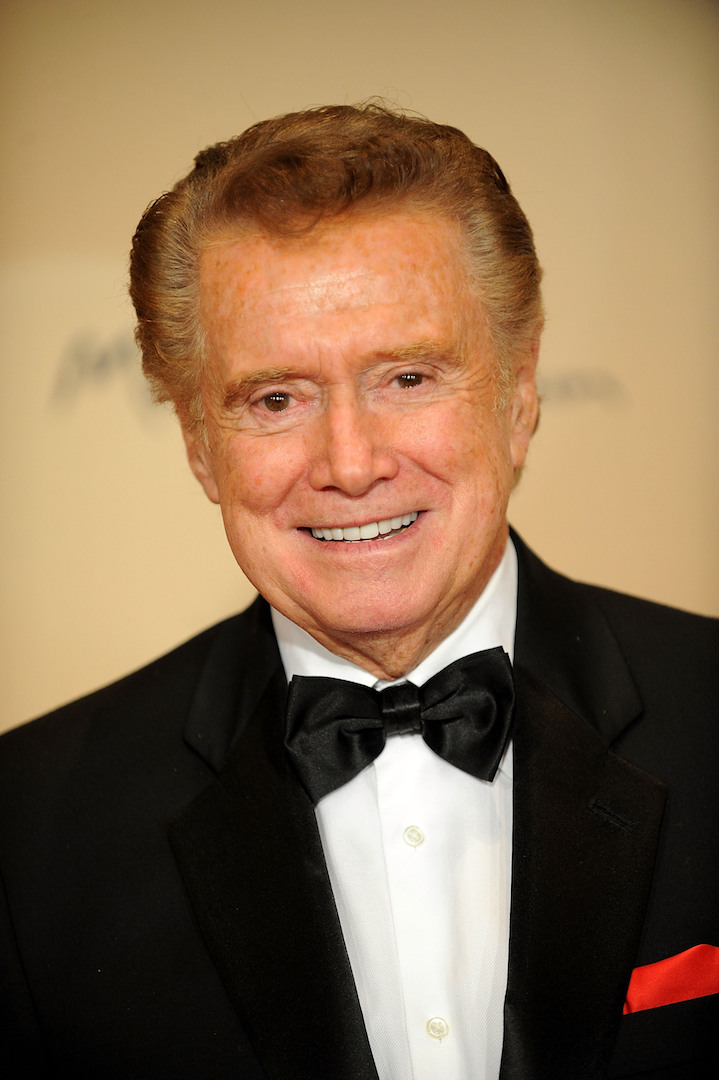 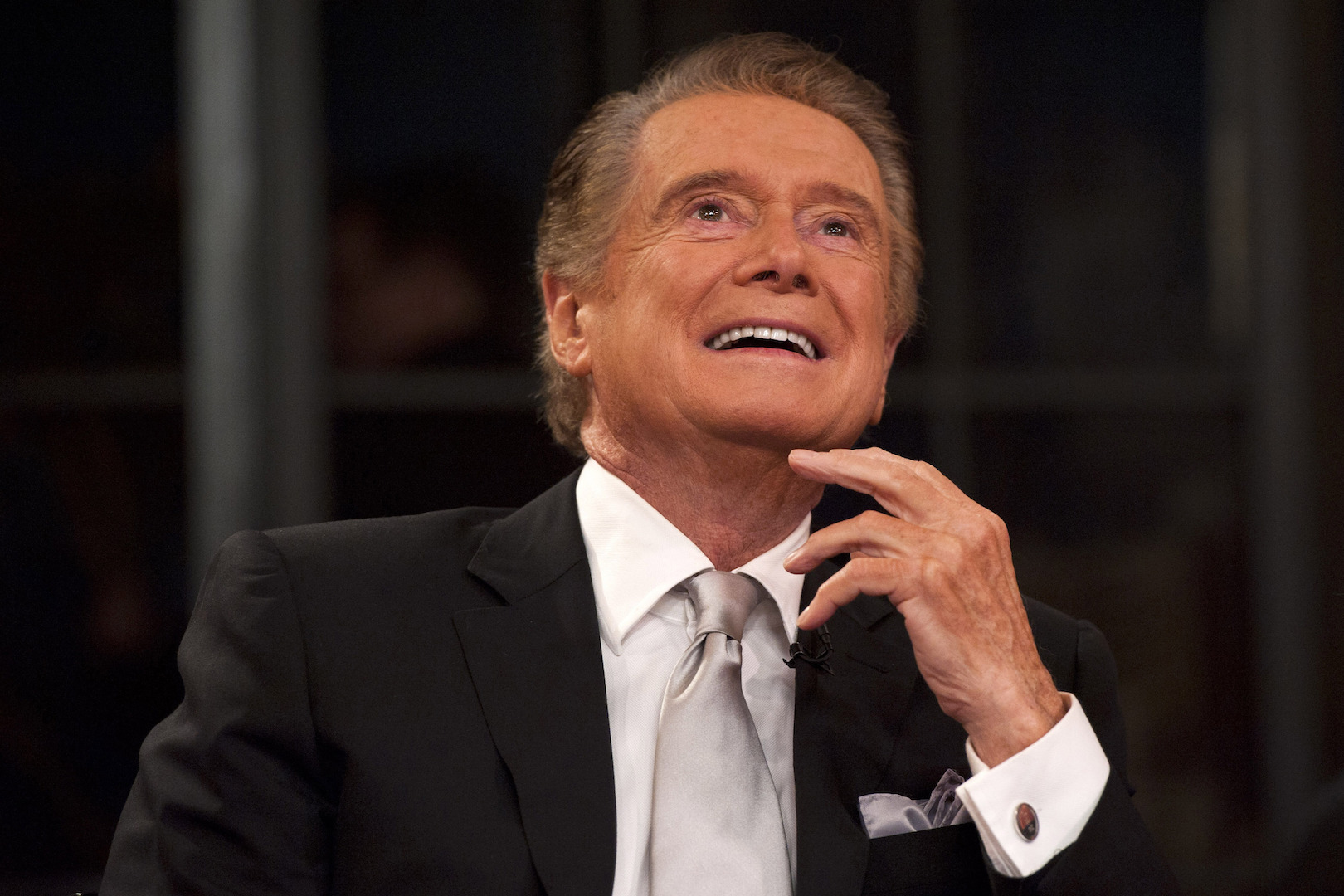 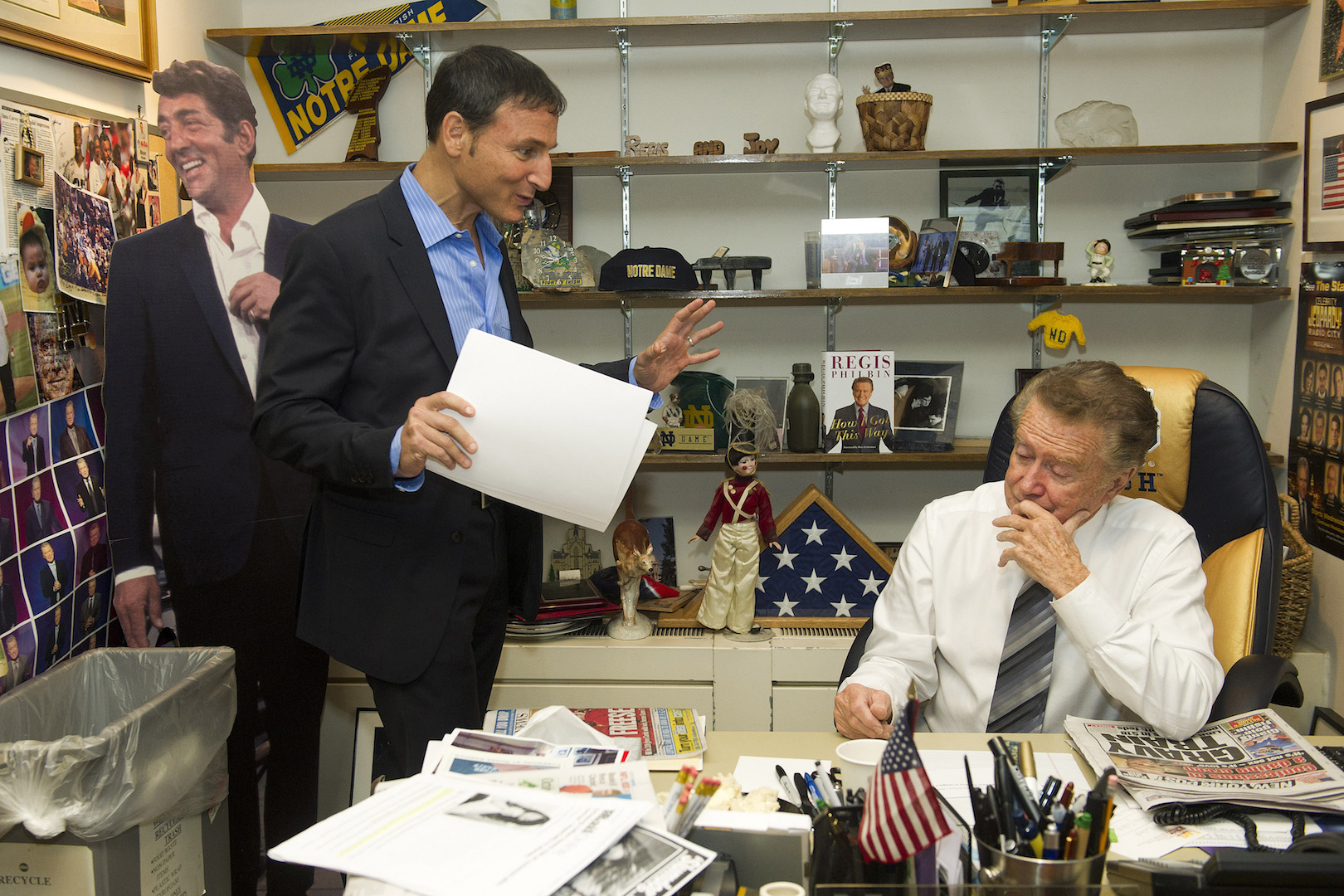 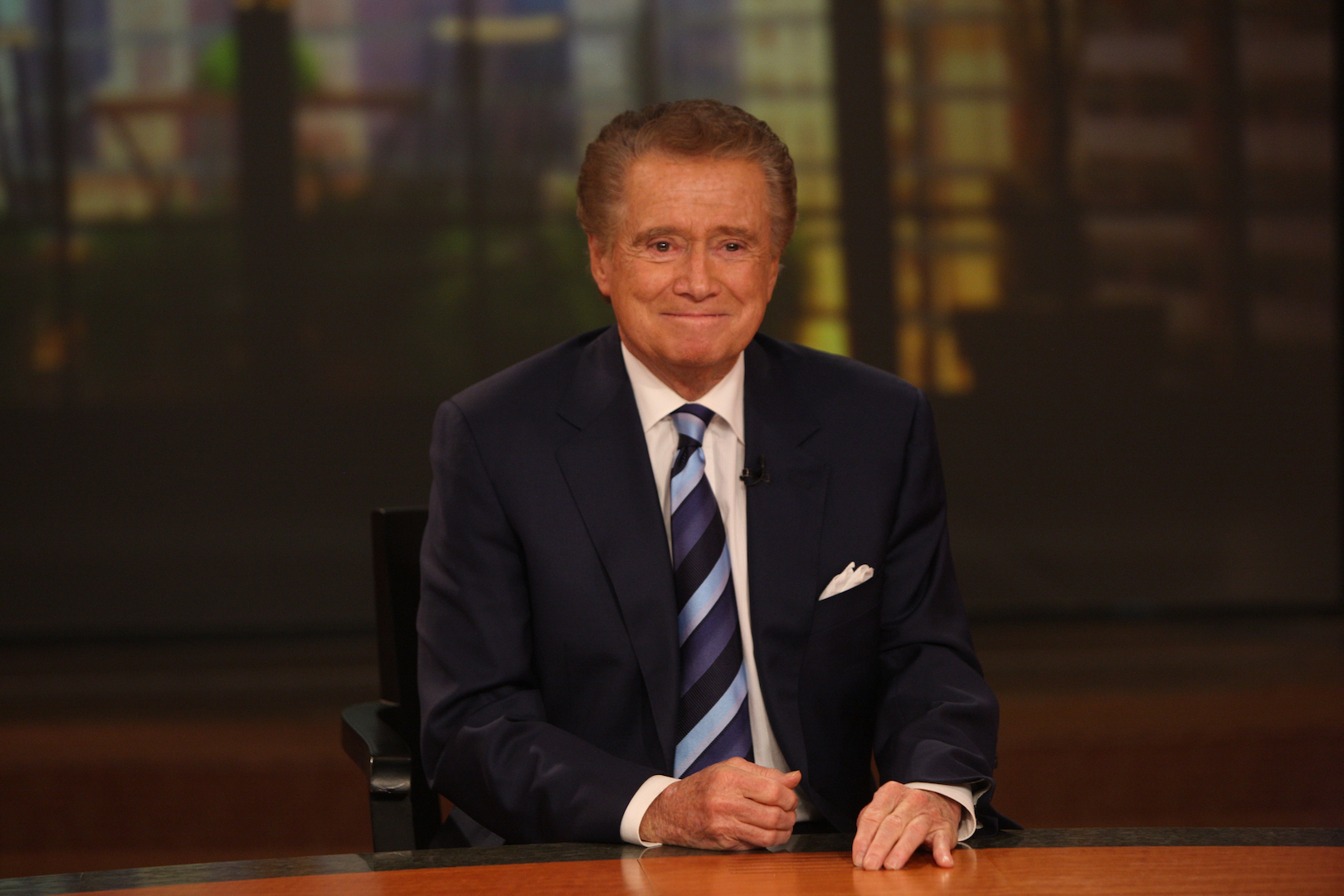 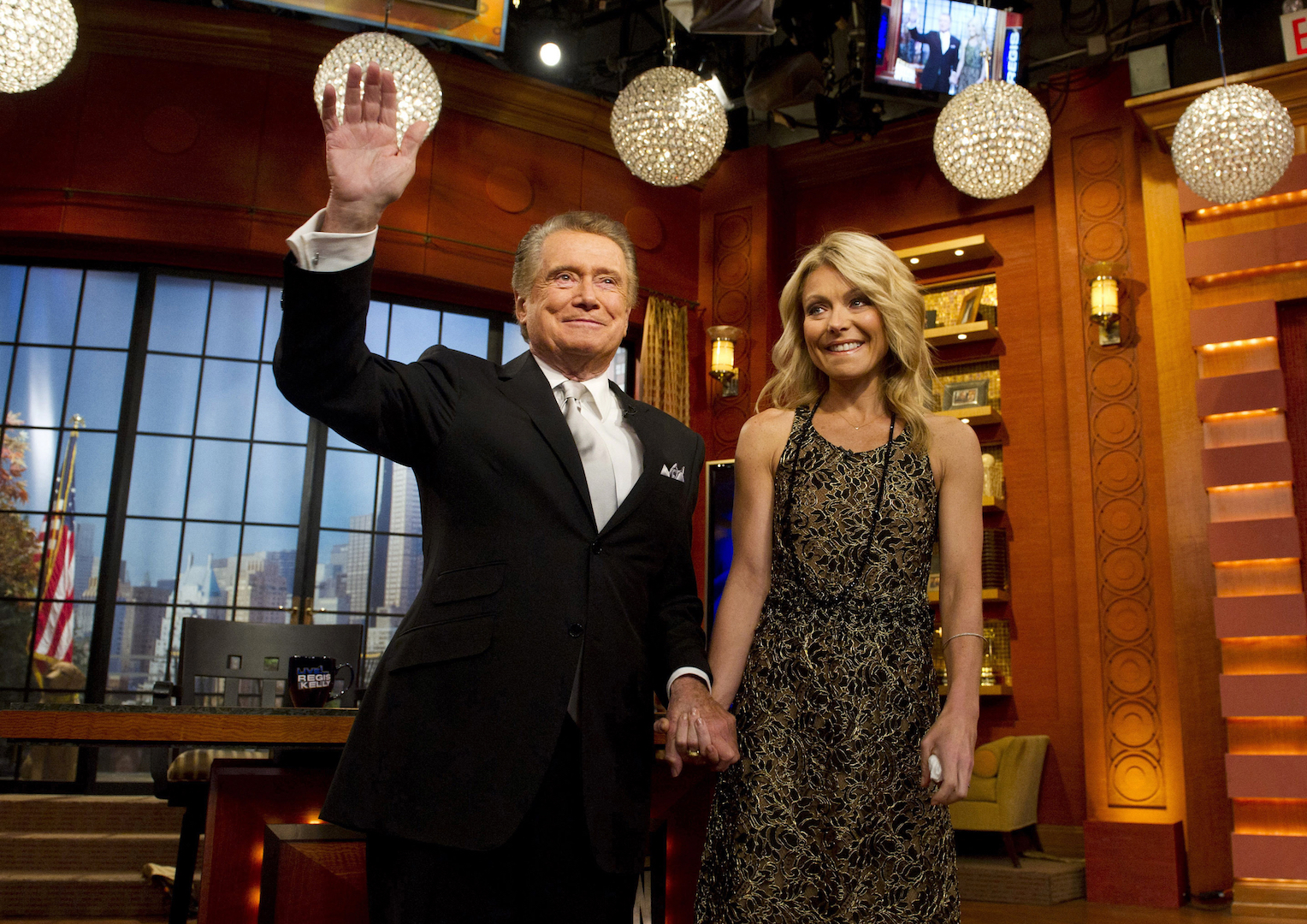 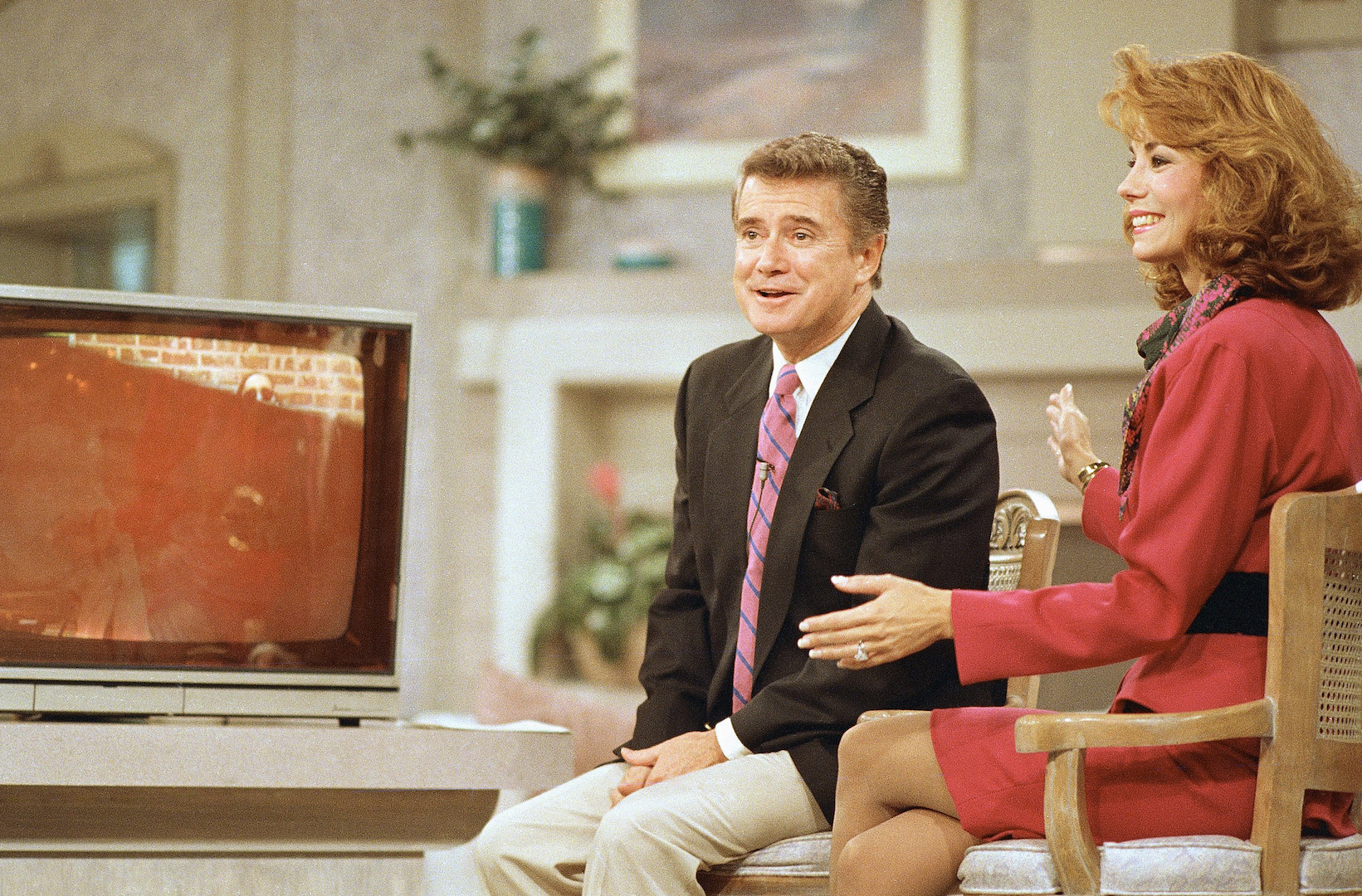 1 of 13
Regis Philbin and Kelly Ripa appear on Regis' farewell episode of "Live! with Regis and Kelly", in New York on Nov. 18, 2011.
AP Photo/Charles Sykes

The three-time Emmy Award winner was honored with a Lifetime Achievement Award from the National Academy of Television Arts & Sciences at the Daytime Emmy Awards in 2008. The broadcasting legend was also awarded a star on the Hollywood Walk of Fame in 2003.

In recent years, Philbin has dealt with some major health issues. He underwent triple bypass surgery in 2007 and a hip replacement in 2009.

He's survived by his wife, Joy, and their daughters J.J. and Joanna Philbin, as well as his daughter Amy Philbin with his first wife, Catherine Faylen.

His family released the following statement:

We are deeply saddened to share that our beloved Regis Philbin passed away last night of natural causes, one month shy of his 89th birthday. His family and friends are forever grateful for the time we got to spend with him - for his warmth, his legendary sense of humor, and his singular ability to make every day into something worth talking about. We thank his fans and admirers for their incredible support over his 60-year career and ask for privacy as we mourn his loss.

Report a correction or typo
Copyright © 2023 WABC-TV. All Rights Reserved.
Related Topics
ARTS & ENTERTAINMENT CELEBRITY DEATHS LIVE KELLY AND RYAN WHO WANTS TO BE A MILLIONAIRE
Watch Live
ON NOW