WABC
By Tim Fleischer
NEW YORK (WABC) -- Speaking at the site of the worst terrorist attack in U.S. history, Pope Francis said the world can build peace from its differences.

Francis visited the museum after a speech at the United Nations. He delivered remarks inside the National Sept. 11 Memorial Museum to more than 400 representatives from faith groups. He asked God for eternal peace for those killed, as well as healing for the relatives of the nearly 3,000 people killed in the 2001 terror attacks in New York, at the Pentagon and in a field in Pennsylvania. 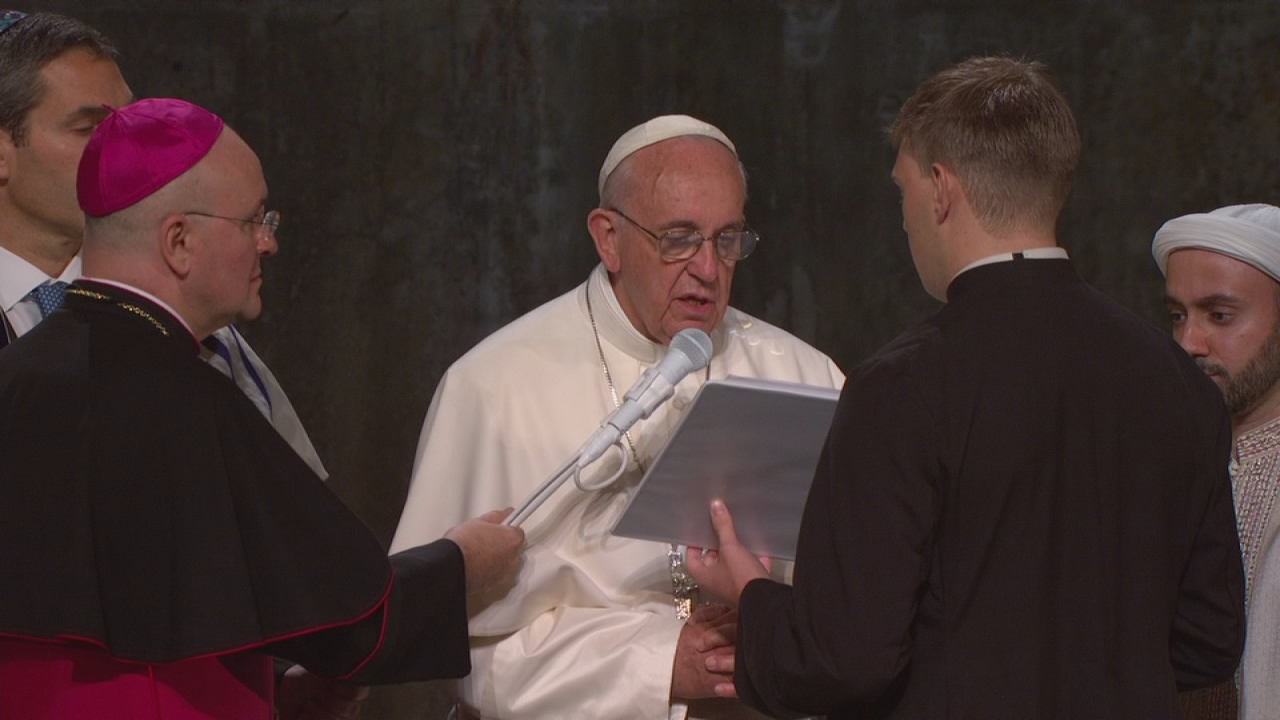 There should be opposition to "any attempt to make us all the same," he said. Rather, he encouraged all to "say yes to our differences, accepting reconciliation."

He said the world must look to its diversity of languages, cultures and religions and throw away "feelings of hate and revenge and rancor." He was moved by visiting the site of the former World Trade Center's twin towers and by meeting relatives of some of the nearly 3,000 victims, the pope said.

Francis prayed to God to bring "peace to our violent world" and to "turn to your way of love" those who justify killing in the name of religion.

Some of the many faces of different faiths at today's Sept 11 Memorial service #PopeInNYC pic.twitter.com/xf0v3aZcfG

He spoke near the underground flood wall that separates lower Manhattan from the Hudson River and held fast during the 2001 terrorist attacks. The wall sits just next to what is known as the "Last Column," the final steel beam removed during the recovery after the attacks on Sept. 11, 2001.

Eighteen relatives of people who died in the attacks also heard the pope's remarks. 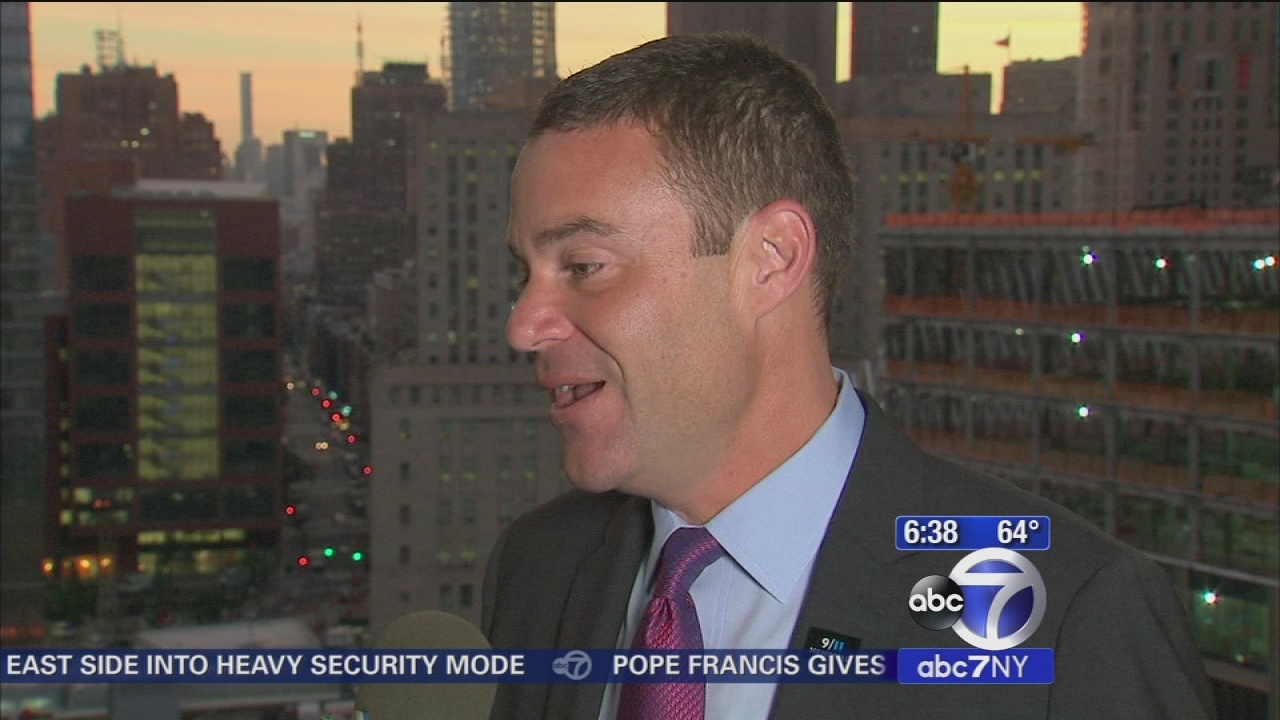 "I think it speaks volumes he understands the importance of recognizing the great loss and to be there, to show somebody that they care," said Frank Siller, a victim's brother.

It will be, for Siller, a very special moment to meet Pope Francis face to face and perhaps to be able to speak to him. "It's going to be comforting for a lot of 9/11 family members," he said.

Pope Francis places a white rose on the names of the victims of Sept. 11 at the 9/11 memorial http://t.co/hjhEOedzkM pic.twitter.com/H6S8dZ2YZM

His brother Stephen was a firefighter with New York City Fire Department Squad One and responded to 9/11 by running through the Brooklyn Battery tunnel in his full 60-pound turnout gear. Stephen later died in the collapse of the towers. 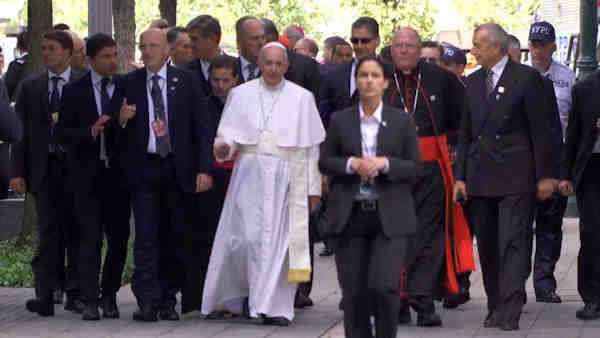 Pope Francis urges unity and peace in remarks at 9/11 prayer service
Pope Francis went to the 9/11 memorial for a multi-religion service.

Another FDNY firefighter Jonathan Ielpi also died that day. His father, who heads the September 11th Families Association, will be there Friday. "My connection here is my son and many friends," said Lee Ielpi, the victim's father. "He knows the world is going to be watching, especially this event here the World Trade Center site. It's a great venue for him to be able to talk about history and about understanding."

And what if he's given the chance to speak with Pope Francis? "Well, I'm going to hand him my son's Mass card. And I'm going to thank him for his diligence for trying to make this world a better place for us," Ielpi said. 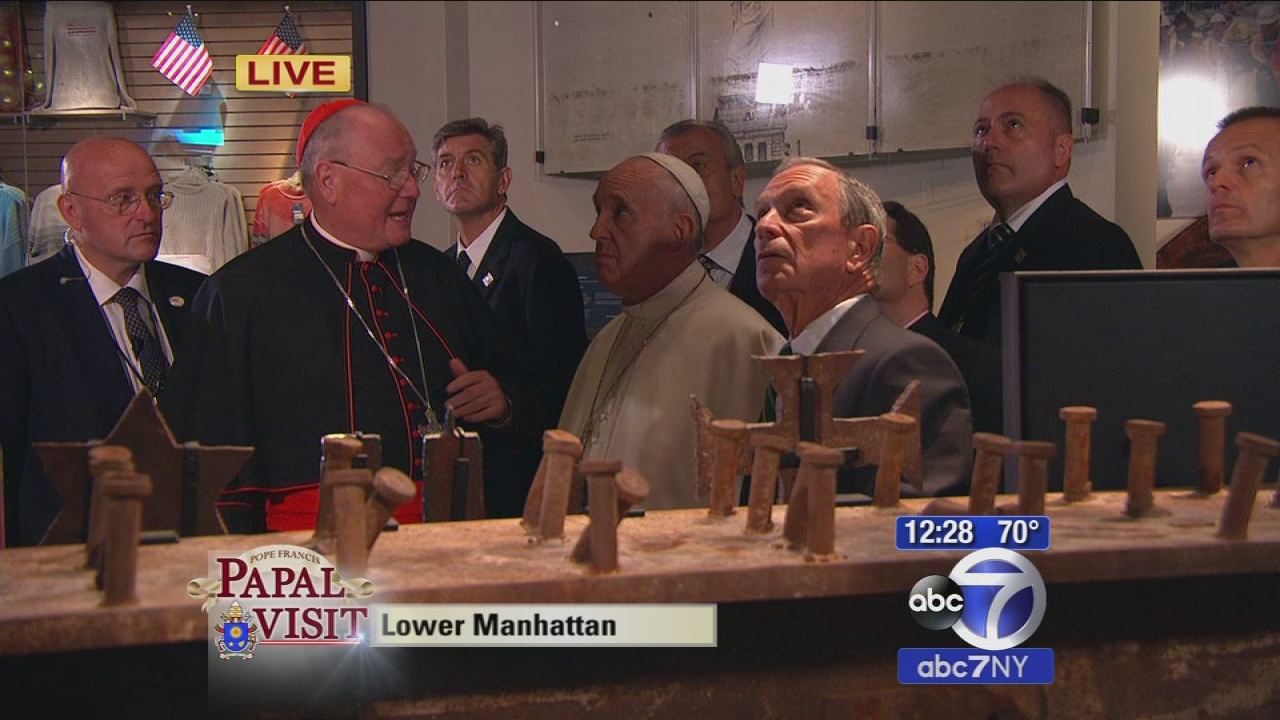