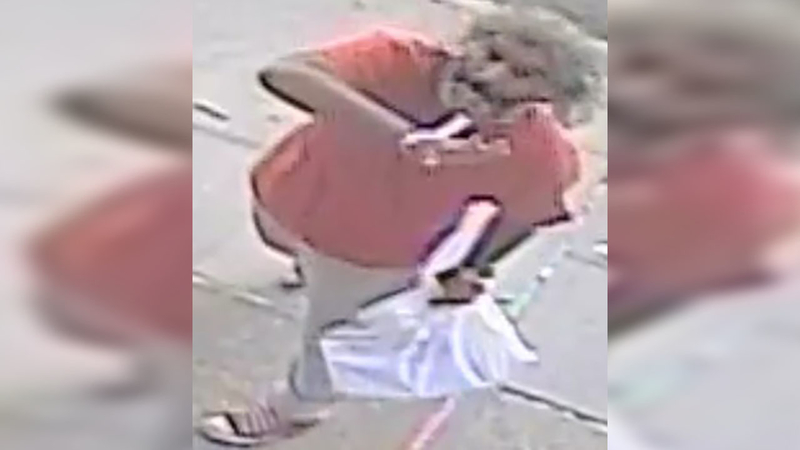 EAST SIDE, Manhattan (WABC) -- A man suspected in several acts of vandalism at consulates across New York City has been arrested again, and police say their hands are tied.

Authorities say he has been arrested repeatedly for similar incidents and keeps being released shortly after he is taken into custody.

"We have multiple incidents at four different consulates," Lieutenant Kevin Blake said. "One of the statements he made was he was frustrated he wasn't able to find a job."

His spree allegedly began by kicking the glass door of the Venezuela Consulate on July 24, and he continued by throwing rocks through windows of the Ukrainian Consulate on August 13 and again on August 16.

He is suspected of targeting two other locations, the German Consulate on August 13 and August 15, and the Latvian Mission three times last week.

He is charged with third-degree criminal mischief in each incident, but these cases are not cash bail eligible, so Mashayekhi was given supervised release.

He is reportedly homeless and suffers from apparent mental illness, and police say they're frustrated.

"There's very little we can do," Blake said. "We arrest him, and he's released, and he continues this behavior. It gets to a point I'm not sure an arrest is actually the solution here."

His last known address of San Jose, California, though he is originally from Iran. He has a prior arrest for trespassing in a Target in Ohio in May.

"This defendant has yet to be held accountable or to be assisted in any meaningful way and, in August 2020, that is just not acceptable," the NYPD said in a statement. "That's not an evolved way to manage this kind of persistent disorder. We've got to do better as a city and a society."

Neighbors are concerned, especially after police say crime in the city is on the rise -- as is the homelessness problem.

"It's going to keep happening," area resident Petra Marcelle said. "You cant have someone on the street if they keep vandalizing the place. I think it's ridiculous."

Despite the hardship, police say they remain vigilant.

"These are all quality of life issues that we take very seriously," Blake said. "Working hard everyday to a make sure they are safe."

Police say two other consulates -- Lebanon and Greece - were vandalized earlier this week. But Mashayekhi was in custody at the time, so now, they are looking into a copycat vandal.