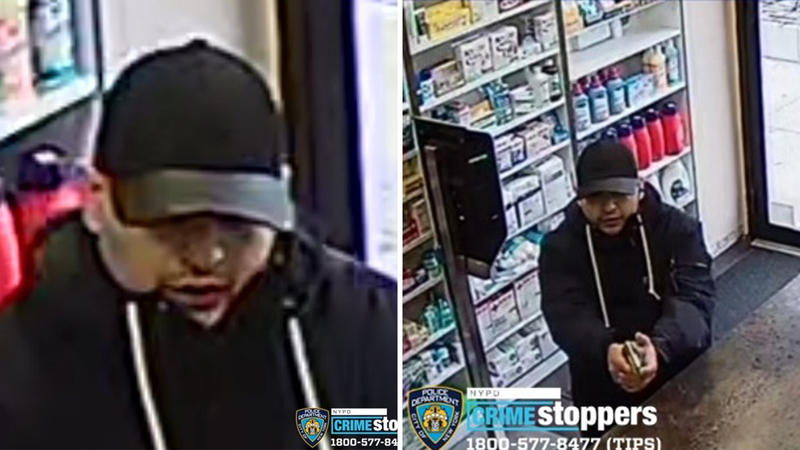 SUNNYSIDE, Queens (WABC) -- New surveillance photos were released of the gunman wanted for shooting a store clerk inside a Queens pharmacy.

The attempted robbery happened on the 4800-block of Skillman Avenue just before 2 p.m. Thursday.

Police say a 27-year-old clerk was shot in the right arm during the attempted robbery, but there was no struggle between the victim and the suspect.

The victim was taken to Elmhurst Hospital and is expected to survive.

The store owner wasn't there at the time of the incident, but he said his employee is shaken up but will be OK.

Nothing was taken from the pharmacy during the incident.

The owner said the pharmacy is insurance-based, so there is no money to steal.

The suspect ran away from the scene. He was last seen wearing a green jacket and a gray baseball cap.

Residents in the area said they didn't hear any gunshots, but they were surprised to hear of the shooting.