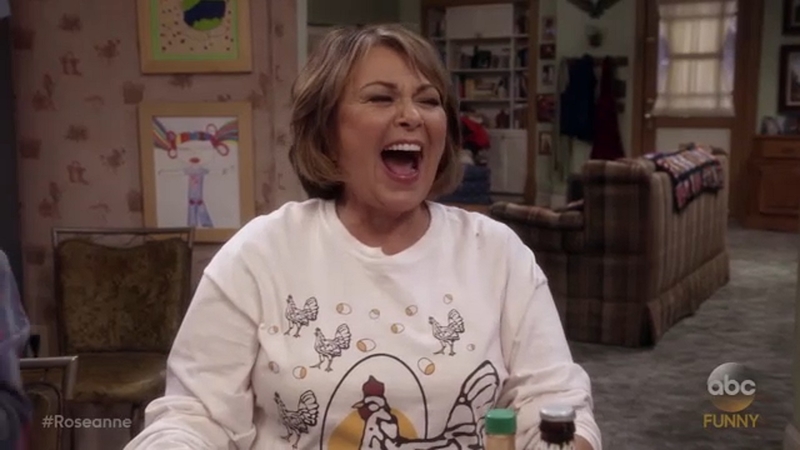 The more things change, it's often been said, the more they stay the same. So it is for 'Roseanne' and for the lady who plays the title role. "It's not my fault that I know everything," Roseanne Barr told me in LA recently; "and Roseanne, it's kinda the same for her."

More than two decades have passed since "Roseanne" was the most popular show in Prime Time. ABC brought the originals stars back together at the same studio where the show was originally made and placed them on a set which duplicated the original. I asked Roseanne and her co-star John Goodman wheat was going through their minds the first time they stepped into The Conners' living room again. "A little bit of being stunned," said the comedienne, "and then feeling like I was like in a time machine, a little bit of a time warp, and then like after 10 seconds no time had passed, and we were back to work. It was pretty amazing."

Goodman compared it to "an out of body experience. It was so bizarre it was like 'where did the last 20 years go?"

Almost everyone from the original cast is back - including Laurie Metcalfe who plays Roseanne's sister. "Things felt homey and clicked together, and all the reminiscing started, and the laughs, and that continued for all the episodes that we shot," she told me. Added Roseanne Barr, "everybody was so happy to see each other, and so happy to be back in the groove of it."

Turning back to Goodman next to her, I noted, "it's work, but did it have the flavor of a high school reunion almost?" His answer was classic John Goodman/Dan Conner: "Well, it's better because high school reunions are like communist torture. They never work out. But, yeah this one was a like a reunion with money!"