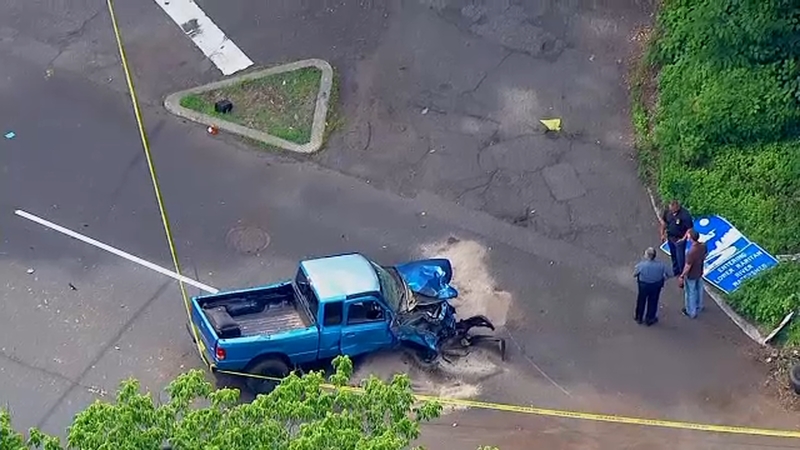 MOUNTAINSIDE, New Jersey (WABC) -- Police fired shots at a man during a wild pursuit that ended with a crash -- and then a foot chase -- in New Jersey.

Investigators said the chain of events began around 2:15 p.m. on Route 22 when Union Township police attempted to pull over 32-year-old Lester Krek, of Linden, for a traffic violation.

During the stop, Krek attempted to drive away, prompting a police chase, officials said. Officials have not confirmed why Krek fled.

Krek then tried to flee by foot, hiding in a residential neighborhood. Residents said they were confused and panicked after the suspect cut through several backyards.

He was soon cornered two blocks away from the crash on Larkspur Drive, and a confrontation ensued with police. Sources said police shot him after he tried to wrestle a gun away from officers.

Both Krek and the officer who discharged his weapon were transported to University Hospital in Newark for non-life-threatening injuries.

The Union County Prosecutor's Office said it is investigating the circumstances behind this police use of force.