Police: 9-year-old boy from Brooklyn drowns while on camp trip at Sahara Sam's in New Jersey 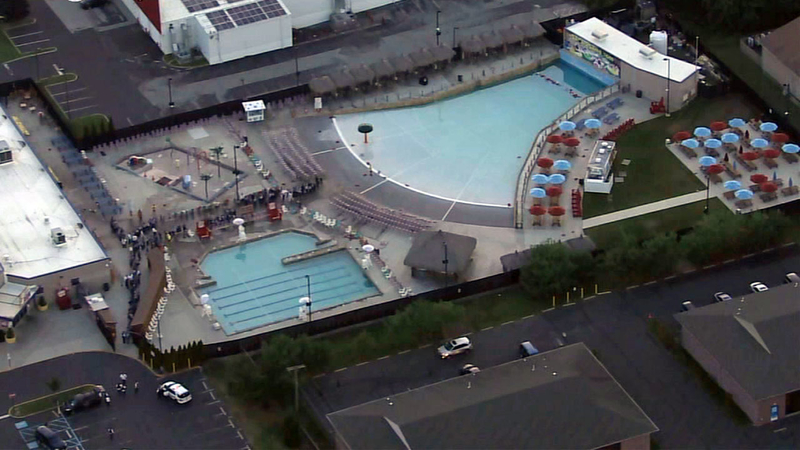 WEST BERLIN, New Jersey (WABC) -- A boy from Brooklyn drowned during a camp trip at a New Jersey water park on Tuesday.

It happened around 7:30 p.m. at Sahara Sam's on Route 73 in West Berlin in Camden County, which is about 95 miles away from New York City.

Police said lifeguards were called after a boy reportedly went into cardiac arrest in the pool area.

The boy was pulled from the pool, unconscious, and lifeguards performed CPR. He was rushed to the Virtua Hospital in Voorhees where he was pronounced dead.

He was part of a class trip with the Belzer Talmud Torah, based out of Borough Park, Brooklyn. There were several other groups and around 750 to 800 children and staff at this private event.

Grossman's death touched every corner of his ultra-Orthodox community, which has united as if he was their own child. Not only was the boy's death tragic, but his grandfather is Usher Eckstein, a prominent rabbi in the community who certifies kosher food.

Relatives and community members are all devotedly religious and relying on their faith to get them through their grief.

"We don't feel that we endangered our children by sending them to this park," said Joseph Langsam, the victim's cousin. "That's what God has planned. That's, for us, for whatever reason, we will never understand."

In response to the death, Sahara Sam's released a statement following the incident:

"We are deeply saddened by the incident and our prayers are with the guest's family and friends at this difficult time. Safety is our number one priority. All life guards are StarGuard certified. We are completing a thorough review of the incident, which occurred during a private event, and working closely with local authorities."

The circumstances leading up to the child's death remain unclear. An investigation is underway.