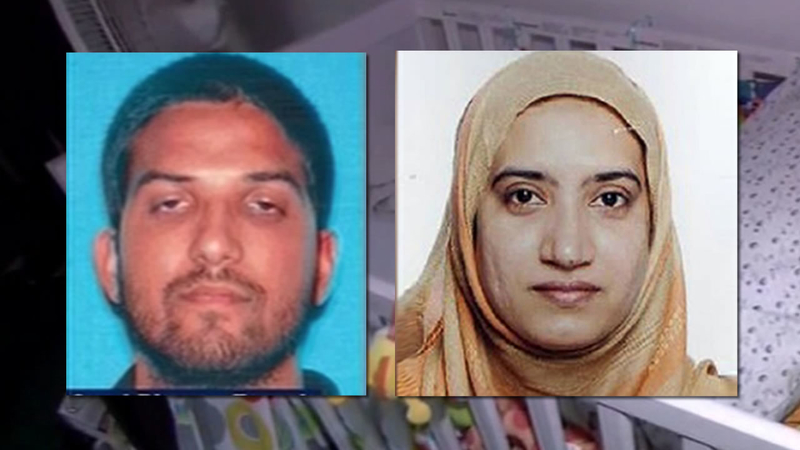 SAN BERNARDINO, California -- The gunman who massacred his co-workers in the San Bernardino rampage and the friend who bought the assault rifles used in the shooting were related through marriage and may have plotted an attack together three years ago.

New revelations from officials and public records show a much deeper connection between Syed Rizwan Farook and Enrique Marquez than previously was disclosed.

Marquez purchased high-powered weapons at least three years ago that Farook and his wife fired when they burst into a holiday-themed meeting of Farook's fellow health inspectors Dec. 2, killing 14 people and wounding 21 others. The FBI has said that Farook's wife declared her allegiance to the Islamic State in a Facebook posting shortly before the attack began.

Farook, 28, and Tashfeen Malik, 29, were killed hours later in a shootout with police, leaving behind a 6-month-old daughter.

FBI Director James Comey told the Senate Judiciary Committee on Wednesday that the two shooters were radicalized well before Malik came to the U.S. on a fiance visa and they had discussed jihad and martyrdom as early as 2013. 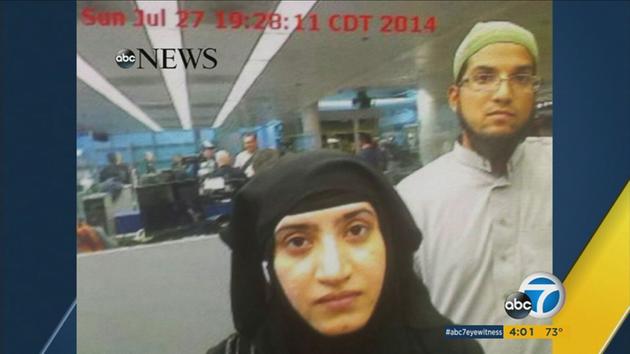 Investigators are trying to determine if Farook's path toward extremism predated that time and whether it led to plans to launch an attack in 2012, according to two people familiar with the investigation who were not authorized to discuss the matter publicly and spoke on condition of anonymity.

Marquez and Farook "were plotting an actual attack" that year, including purchasing weapons, but became apprehensive and shelved the plan because of law enforcement activity and arrests in the area, said Idaho Sen. Jim Risch, a Republican who sits on the Senate Select Committee on Intelligence.

Marquez, 24, spoke with federal authorities after they raided his mother's Riverside house over the weekend. He has not been charged with a crime.

Marquez and Farook have been friends for years and became family last year with a sister-in-law in common.

The two men were listed as witnesses on the marriage license when Farook's brother, Raheel, wed a Russian woman in 2011.

Three years later, Raheel Farook and his wife, Tatiana, were witnesses to Marquez's nuptials with her sister, Mariya Chernykh, according to Riverside County records.

The ceremony took place at the Islamic Society of Corona-Norco, according to the marriage license, though the mosque's facility manager denied it occurred there. 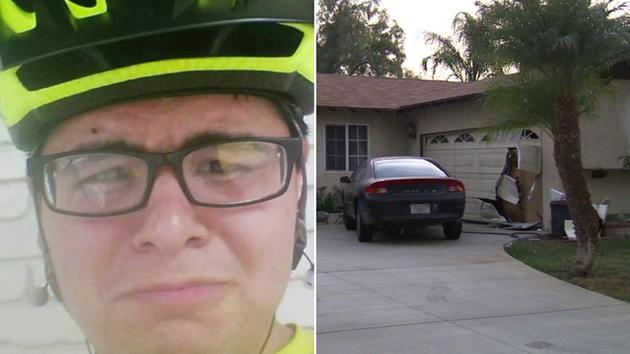 Azmi Hasan said Wednesday that he understood Marquez had converted to Islam, but said he was not a member of that mosque. Marquez had only worshipped there three to four times over seven years, said Hasan, who hadn't seen him in about four years.

Marquez had a security guard license in California for several years, but it expired last year. He had worked at Wal-Mart since May, but has since been fired, spokesman Brian Nick said.

Marquez rarely spoke about his family or his marriage, Ramirez said.

Tommy Lopez, who said he became friends with Marquez after meeting at a punk rock show seven months ago, said he never talked about his wife and was not religious.

He last saw Marquez in the past month or so when Marquez fell asleep at a friend's house and they stacked beer cans on his body.

"When he woke up he just started laughing," Lopez said. "He was a pretty laid-back guy."

Right after the shootings, Marquez called his mother to say he was safe, but that he wouldn't be coming home, neighbor Lorena Aguirre said. He later checked into a mental health facility. It's unclear where he is now.

Marquez and Chernykh listed their address on the marriage license at the same Corona home where Raheel and Tatiana Farook live.

The Russian sisters came to the United States on visas for work or study exchange programs, according to a federal official who requested anonymity. The official was familiar with the visas, but not authorized to speak publicly.

The FBI has not tied any Farook family members to the attack.

Comey described Farook and Malik as examples of homegrown violent extremists who appear to have radicalized "in place," drawing a distinction between the San Bernardino attack and the one last month in Paris that officials suspect involved planning and training in Syria. He said the FBI did not yet know if their marriage was arranged by a foreign extremist organization.

Malik's father, reached in Jiddah, Saudi Arabia, condemned his daughter's actions and said he is "very, very sad. ... I am in such pain that I cannot even describe it."

The father, Gulzar Ahmed Malik, has been a resident in the kingdom since the early 1980s, the Saudi Interior Ministry says. His daughter was from Pakistan but traveled to Saudi Arabia.