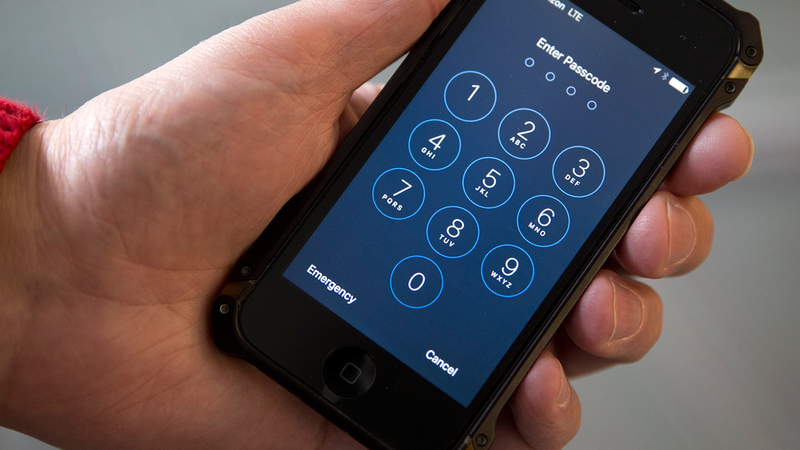 Apple in legal fight with FBI

SAN BERNARDINO, Calif. -- Police and prosecutors in New York City said Thursday that the top-notch encryption technology on Apple mobile phones is now routinely hindering criminal investigations. And they predicted the problem could grow worse as more criminals figure out how good the devices are at keeping secrets.

"They're warrant proof," he said, adding that the inability of investigators to peer inside the devices was especially problematic because so much evidence that used to be stored in file cabinets, on paper, and in vaults, is now only on criminals' smartphones.

Apple has marketed its encryption data as an important privacy tool, and the Cupertino, California-based company is currently fighting a federal magistrate's order to help the FBI hack into an iPhone used by a gunman in the mass shooting in San Bernardino, California.

Vance didn't specify which New York City cases were being hindered. But Police Commissioner William Bratton said a phone seized in the investigation of the shooting of two police officers in the Bronx is among those that detectives can't crack.

Bratton said criminals are increasingly aware of the protection offered by their devices. He said a prisoner in a city jail was recently recorded saying in a phone call that iPhone encryption was "another gift from God."

Vance said investigators often rely on phone data to investigate killings, child pornography, robbery and identity theft. He said that might include checking a suspect's contact list to get the names of witnesses or conspirators, or viewing incriminating videos and photographs.

In the California case, Apple CEO Tim Cook has warned that creating software allowing the FBI to unlock the San Bernardino suspect's phone would create a backdoor that would make millions of other phones vulnerable to hackers and criminals.

The company has also resisted on the grounds that, if forced by the courts to "hack our own users," the government could be emboldened to force the company to build surveillance software to intercept all sorts of messages, "access your health records or financial data, track your location, or even access your phone's microphone or camera without your knowledge."
Related topics:
san bernardino mass shootingterrorismmass shootingshooting
Copyright © 2021 by The Associated Press. All Rights Reserved.
TOP STORIES
4 wanted in fatal shooting of man, injury of another in Queens
Legal challenges expected to private-sector vax mandate
Fire burns through 3 Newark homes, injuring 1 firefighter
Exclusive: Sade goes one-on-one with First Lady Dr. Jill Biden
Building under construction in NJ collapses amid gusty winds
AccuWeather: Turning colder; some snow possible tomorrow
Biden to warn Putin of economic pain if he invades Ukraine
Show More
This day in history: Pearl Harbor attacked
Serial burglar steals $2200 from NYC synagogue
NYC Department of Correction data shows improvement in use of force
COVID Updates: CDC urges at-home testing ahead of indoor gatherings
NYPD officers spread cheer, safety during toy giveaway in NYC
More TOP STORIES News