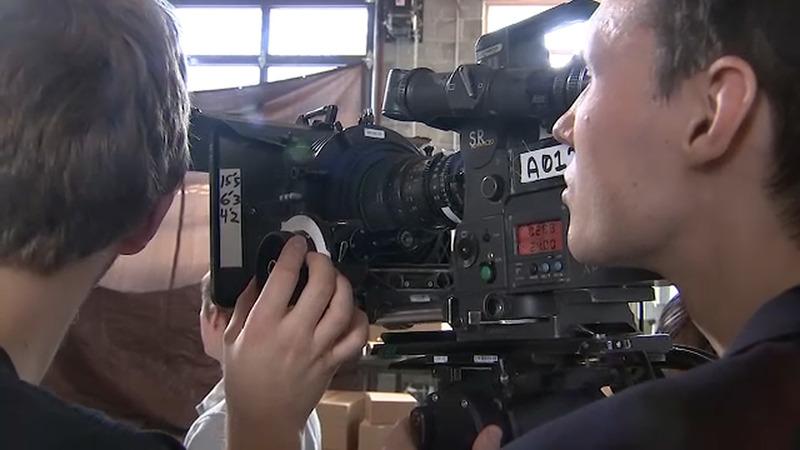 NEW YORK CITY (WABC) -- They have names like GoFundMe, IindieGoGo and Kickstarter, crowdfunding websites that allow anyone anywhere in the world to raise cash for a variety of worthy causes.

Here in New York City, young people just out of college are using such sites to fund short films to showcase their work.

Not content to wait for their big breaks to come along, a new generation of filmmakers is using social media and crowdfunding to turn their dreams into reality and jump start careers.

Just a few years out of college, a group of young filmmakers are hard at work in Crown Heights on a movie called "Magnetic Deviation" about two friends facing their last days of employment at a warehouse.

"I was tired of working on stuff and putting a bunch of energy into something, shooting for weeks, and then it doesn't get released for funding issues," writer/actor Daniel Kirby said. "Or something happened on set and it didn't get finished."
Coming together outside of a professional atmosphere means everyone involved is enthusiastic about the production.

"Already, we have a bunch of people who know about the film, want to see the film," Boneysteele said. "They've already contributed to the film, so they feel a part of that film."
It also helps those involved build a body of work, which can help with future endeavors.

And he's glad the producer is a woman. Boneysteele fell in love with film at the Thacher School in Southern Californiak, and she is part of a push to get more women behind the camera. Her hope is that if more women learn their craft this way, it will lead to more female filmmakers in Hollywood.