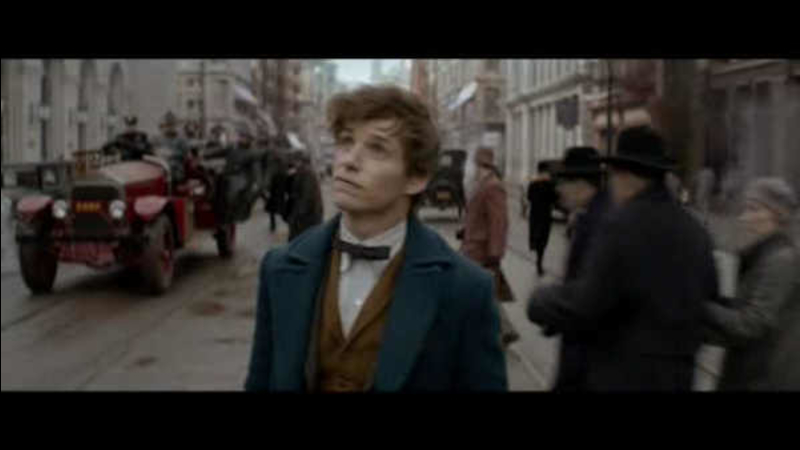 NEW YORK (WABC) -- For Harry Potter fans, the series may be over but stories of magic are not.

This week in theaters, we're getting a look at another wizarding world from author J.K. Rowling, in the movie "Fantastic Beasts and Where to Find Them."

Decades before Harry Potter and his friends studied magic at Hogwarts in Britain, there was a young man who arrived in the city, a magizoologist.

"Someone who has spent a year in the field all across the world finally studying magical creatures," said Eddie Redmayne, whose character has brought some of the creatures here to the city in a special case.

Newt Scamdander would grow up to literally write the book on 'Fantastic Beasts and Where to Find Them."

The textbook Harry and his pals would use decades later, part of a universe created by J.K. Rowling, who wrote this new movie.

"She has this whole world, this universe inside her head," said Katherine Waterson, who plays a graduate of the American wizarding school who works in downtown Manhattan.

The Woolworth Building in all of its glory has a central role in this movie as the headquarters of wizards in America, but New York of 90 years ago was actually recreated on a soundstage outside of London.

"Everything about this version of New York I found intoxicating," said Redmayne.

The scale was impressive..The degree of detail? incredible.

"Extraordinary. Extraordinary. That did so much of the work for us I think, for me anyway. It just placed you in this world very definitely," said Colin Farrell, who plays 'Percival Graves'.

Broadway actor Dan Fogler plays a "No Maj" that is a human with no magical powers, and by an odd twist he is playing a baker, much like his great-grandfather who called his bread "Fogler's Famous Pumpernickle".

"And being on the streets during that time in the 20's, it really felt surreal, magical, just meant to be," said Fogler.