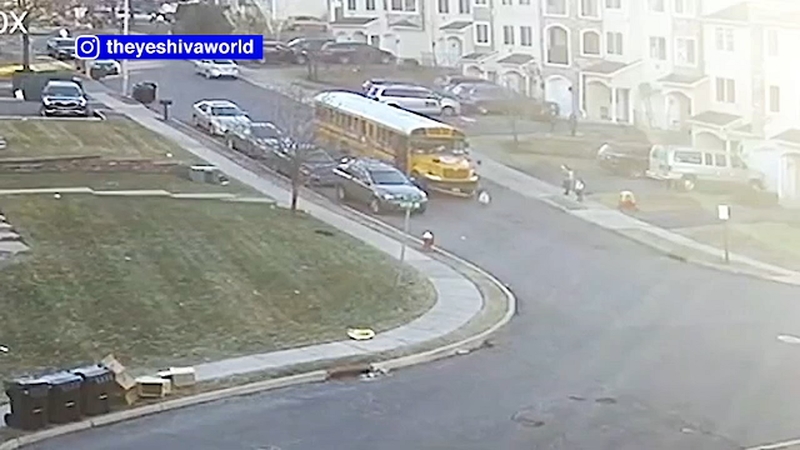 MONSEY, New York (WABC) -- There were some terrifying moments for a 5-year-old girl in Rockland County on Wednesday.

The young student was trying to board a school bus when that bus hit her, knocked her down and passed over her - thankfully she is okay.

It happened on Bates Drive in Monsey. The girl ran directly in front of the full-sized yellow school bus. Just as the bus started to pull away, the retractable arm knocked her down - that may have very well saved her life.

The undercarriage of the bus then passed over the girl, but she stayed clear of the wheels. An unidentified woman ran into the street, bringing the 5-year-old back to the curb.

The driver, Gavriel Surkis then told police he didn't realize he had hit someone, and continued on his route.

Police are using video published by The Yeshiva World as part of their ongoing investigation.

The girl was taken to the hospital to be checked out. Other than some bruises on her face, she was not seriously hurt.

Surkis was cited by Ramapo Police and was ticketed for unsafe starting of a vehicle. As per procedure, Child Protective Services was notified as well.