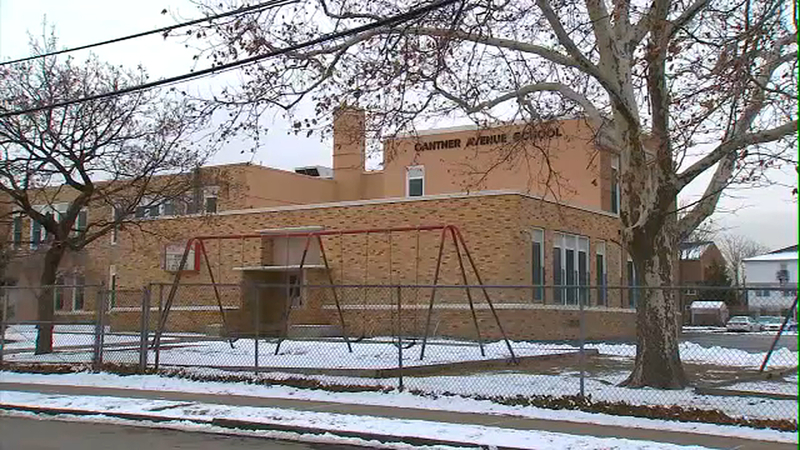 ELMWOOD PARK, New Jersey (WABC) -- Students were back in class at an elementary school in New Jersey Monday, but the concerns that forced it to shut down twice last week remain.

Another student got sick and was taken away by ambulance, but it is unclear if her illness was related to the previous incidents.

Officials cleared the Gantner Avenue School in Elmwood Park to reopen after an indoor air quality test over the weekend came back clean. It followed a chemical leak from the heating and air conditioning unit that sickened students and staff last week.

Superintendent Anthony Grieco said the school was deemed safe following the test by a licensed consultant, though Hazmat teams remained on the scene to monitor the air quality.

The leak was first thought to be a carbon monoxide scare and led to the evacuation of the school.

It was later found that the incident was caused by glycol, a chemical that is part of the HVAC system in the school.

Two students fainted and a third complained of nausea, while several other students went to a nearby firehouse to be treated. They then went by ambulance to a nearby hospital.

Carbon monoxide exposure does not come from glycol.

"My greatest concern is they haven't discovered the actual cause of the problem yet, and they're willing to open the school again without knowing what actually caused this problem," parent Mike Bennett said. "What happens when the problem comes back again? What happens the next time?"

The student who got sick Monday reportedly had flu-like symptoms.

"I can't get into more specifics than that," Grieco said. "Everything has checked out OK as far as monitoring today, and if it weren't, there wouldn't be any kids or staff in there, I can tell you that much."

Bennett was satisfied after hearing Hazmat teams were at the school, and his 7-year-old returned to class Monday.