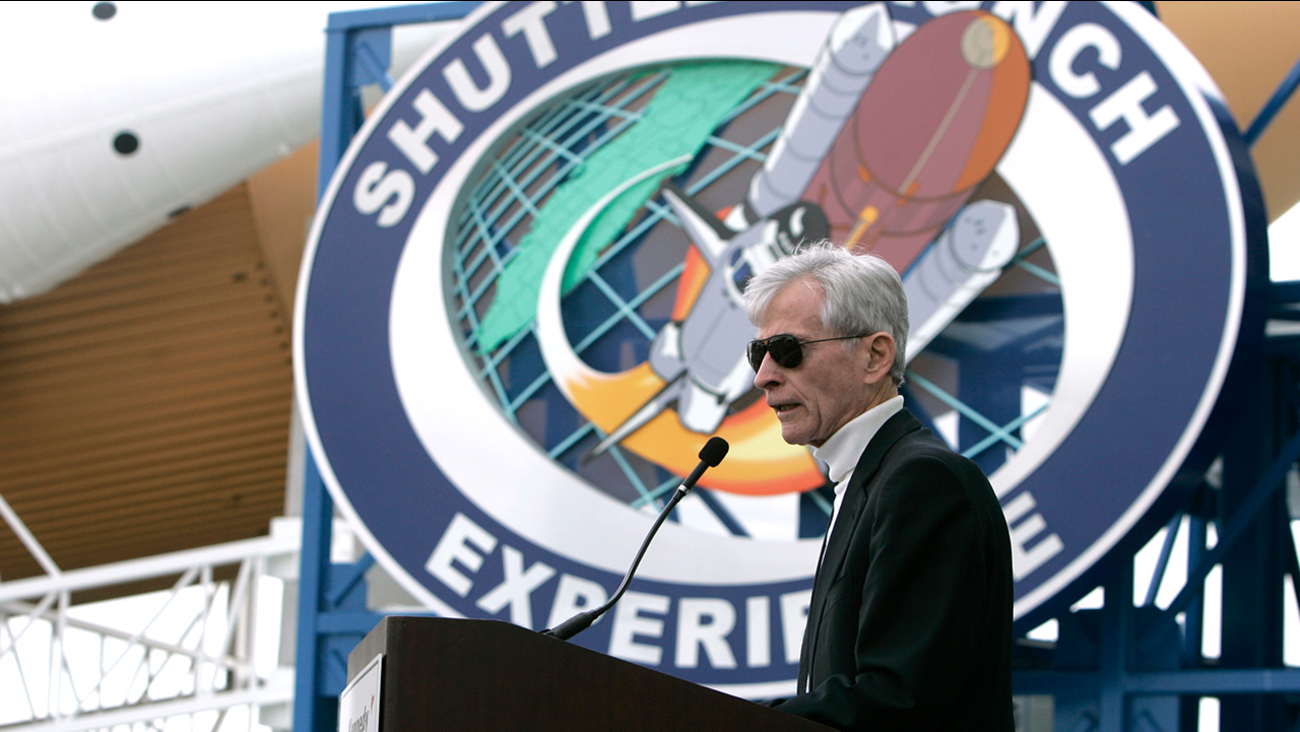 WASHINGTON -- Legendary astronaut John Young, who walked on the moon and later commanded the first space shuttle flight, has died, according to a statement from NASA. Young was 87.

The space agency said in a statement that Young died Friday night following complications from pneumonia.

NASA said Young was the only agency astronaut to go into space as part of the Gemini, Apollo and space shuttle programs, and the first to fly into space six times. He was the ninth man to walk on the moon.

He died at home in Houston.

Young was in NASA's second astronaut class, chosen in 1962, along with the likes of Neil Armstrong, Pete Conrad and James Lovell.

"Today, NASA and the world have lost a pioneer. Astronaut John Young's storied career spanned three generations of spaceflight," NASA administrator Robert Lightfoot said in an emailed statement Saturday. "John was one of that group of early space pioneers whose bravery and commitment sparked our nation's first great achievements in space."

Counting his takeoff from the moon in 1972 as commander of Apollo 16, Young's blastoff tally stood at seven, for decades a world record.

He flew twice during the two-man Gemini missions of the mid-1960s, twice to the moon during NASA's Apollo program, and twice more aboard the new space shuttle Columbia in the early 1980s.