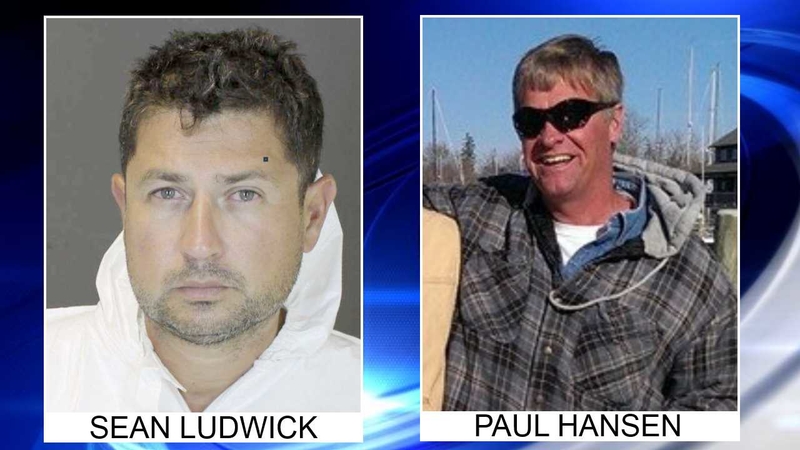 SAG HARBOR, N.Y. (WABC) -- A New York City real estate executive has been arraigned on drunken driving charges after a fatal car crash that killed his friend in the Hamptons.

Police say 42-year-old Sean Ludwick was arrested early Sunday in Sag Harbor after he lost control of his 2013 Porsche and struck a utility pole. His passenger and friend, 53-year-old Paul Hansen of Sag Harbor, died.

The crash happened about 100 feet from Hansen's driveway.

Patrick Sullivan rents a house right next door and said he heard Ludwick take off.

Officers found Hansen's body at the scene. Ludwick was found a quarter of a mile away a short time after the crash, according to a district attorney.

People who knew Hansen, a well-known real estate agent in Sag Harbor, said his personality was larger than life. He was the father of two young boys, and was the type of person who would go kite surfing on his lunch breaks.

"I feel like his spirit is just swirling around here telling us all not to feel bad. he was just an upbeat person," said Elini Prieston, a family friend. "Very. very positive, lived life to the fullest."

Suffolk County prosecutors said Ludwick was arraigned Monday in Southampton town court on a misdemeanor DWI charge and a felony count of leaving the scene of a fatal crash.

Ludwick is a managing partner and founder of Blackhouse Development in Manhattan.