Jamaica, Queens residents kicked out of hotels after sewage spill 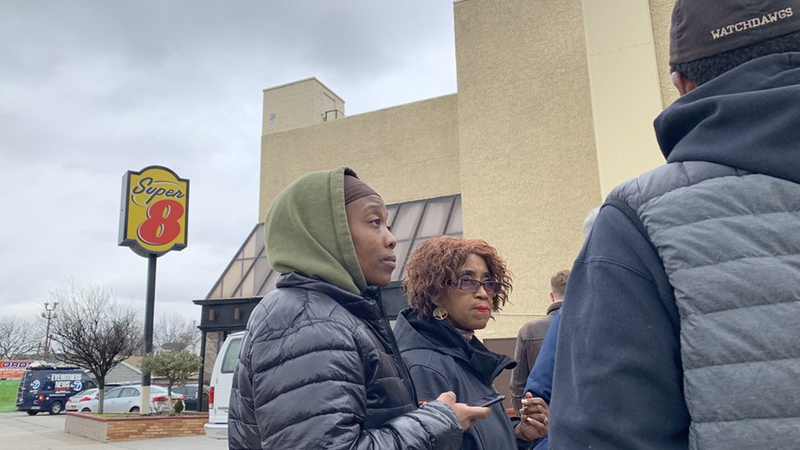 Jamaica, Queens residents kicked out of hotels after sewage spill

JAMAICA, Queens (WABC) -- More than two dozen homeowners who were forced to leave their homes after a sewage spill are now looking for new temporary places to live.

Residents in Jamaica Queens received a notice over the past 24 hours saying they have to leave the hotels and motels after being displaced back in November, even though their homes aren't fixed yet.

"This is a nightmare," said Terri Cleveland, a resident.

An underground sewer line broke and flooded Cleveland's basement back in November ruining many of her belongings. And she's not alone. Up to 100 other homeowners were affected by the stinky mess. More than two dozen people were put up in hotels.

"They don't care and we are hard-working people and we aren't home," Cleveland said. "We need our homes fixed and it wasn't our fault."

The city of New York first blamed people in a Jamaica, Queens, neighborhood for the ruptured sewer line, claiming they clogged it with grease. Then, they apologized and said, it wasn't their fault it ruptured.

Now, many residents say the city is slow to help them clean up the aftermath and get their money back.

"Our basement hasn't been fixed, it hasn't even been touched, not one drop," Cleveland said.

Three months later, she was living in a hotel until Friday morning while repair work still hasn't been done to her apartment. The city has not repaired her home and has no friends. She's also waiting to get reimbursed for the damages along with a handful of others.

The city sent workers to clean up the affected basements and remove the damaged items and walls, but residents are still waiting on reimbursement.

Other homeowners who are able to live in their homes are still waiting to have appliances replaced.

"I have no heat and my tenants have no heat because the hot water comes from the heat," said Williemae Holmes, a homeowner.

People had 90 days to file property damage claims with the city of New York's Comptroller's Office.

Seven on your Side Investigates dug through more than hundred previous claims that have been made with the city of New York for other sewage accidents over the past few years. Results show it takes an average of one year for people to get reimbursed for damaged property. In some cases, homeowners waited up to three years to get paid back. People affected by the November rupture say they can't wait that long.

A spokesperson for the city's comptroller's office said they can't comment on pending claims or give information has to how much, if any, has been paid out already. However, the spokesperson did say the review process will be expedited in the situation.

Councilman Costa Constantinides, who is chairman of the Environmental Protection Committee that oversees sewer issues, believes that filing a claim shouldn't be that long of a process.

"Very few families in the city of New York can wait a year to three years to get reimbursed when you're talking about tens of thousands of dollars," said Constantinides.