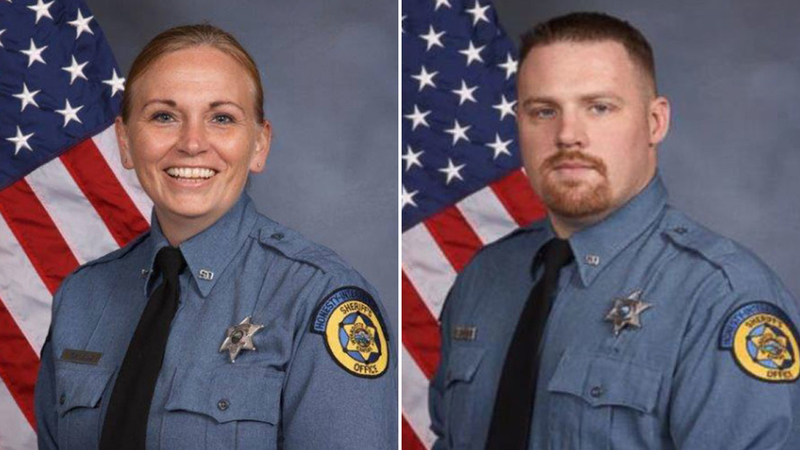 KANSAS CITY, Kansas -- Two Kansas sheriff's deputies who were shot and killed by an inmate while transporting him between the courthouse and jail were both parents, authorities said Saturday.

The inmate, whose name hasn't been released, shot Wyandotte County Sheriff's deputies Theresa King and Patrick Rohrer on Friday in a gated area behind the county courthouse. He may have used one of the deputies' own guns to shoot them during a struggle after he got out of the van, authorities said.

The inmate was also shot and underwent surgery Friday. Terry Zeigler, the police chief of Kansas City, Kansas, said at a news conference Saturday that as far as he knew, the man was in stable condition.

Rohrer, 35, died shortly after the shooting. He had been with the force for seven years and leaves behind two young children, Wyandotte County sheriff's Maj. Kelli Bailiff said. King, 44, died early on Saturday at a hospital. She had three children, including a young one.

Zeigler said the authorities were withholding the inmate's name until he's been formally charged, which is expected to happen next week.

The officials declined to go into more specifics about how the shooting happened, though Bailiff said the deputies had "followed proper procedure."

A candlelight vigil for the deputies will be held at 8 p.m. Sunday in front of City Hall.