Police: 4 suspects sought after 19-year-old man fatally shot in back on Bronx street 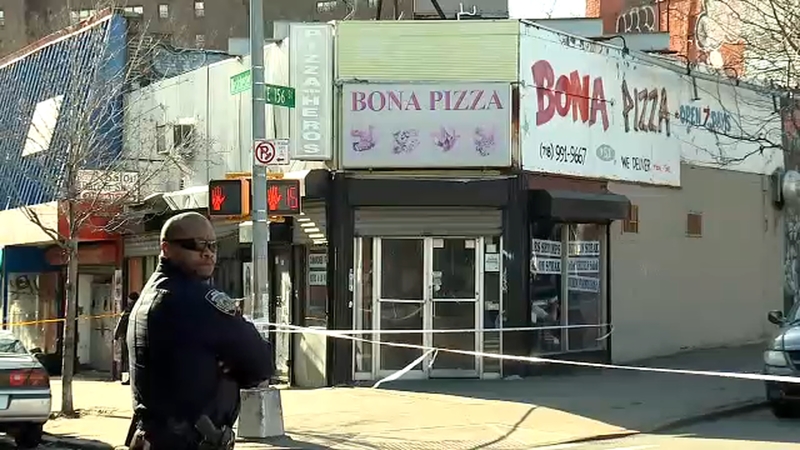 Police: 4 suspects sought after 19-year-old man fatally shot in back on Bronx street

WOODSTOCK, Bronx (WABC) -- Police are investigating a fatal shooting in the Bronx after they say a 19-year-old man was shot multiple times in the back.

The shooting was reported outside a pizzeria on East 156th Street and Westchester Avenue just before 2 p.m.

Police say the victim was shot multiple times by four males that fled the scene.

The victim was taken to Lincoln hospital where he was pronounced dead. His identity has not yet been released.

Officials say the shooting happened near a school but the Department of Education said it had nothing to do with the school and no lock down was put in place.

The circumstances surrounding the shooting are unknown.