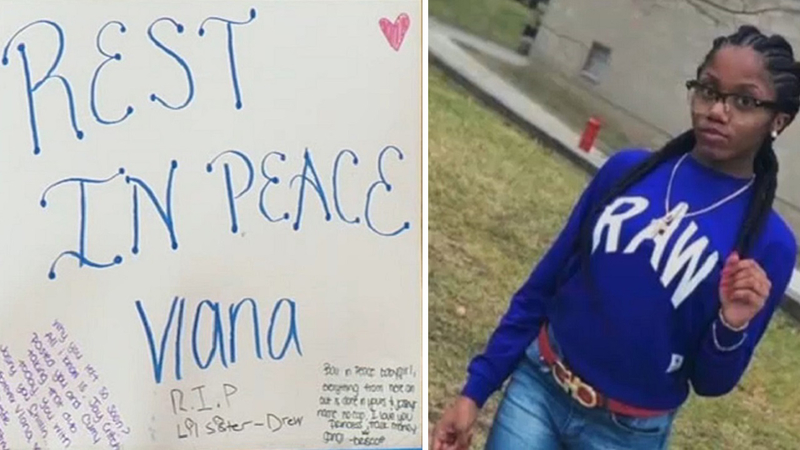 BRONX PARK SOUTH, Bronx (WABC) -- A community in the Bronx gathered to mourn on Sunday night after gun violence stole another child and left another family devastated.

There were tears and heartache at the Lambert Houses as the community came to mourn Vlana Roberts, 17, who was fatally shot Saturday night just a few blocks from her home in Bronx Park South.

Police say a fight broke out on the street and a gun was drawn. Roberts was shot in the back. Roberts was raced to the hospital by private means, where she was pronounced dead.

A guidance counselor at Roberts' school posted a quote on Facebook saying, 'We mourn her passing, but we will rejoice in all the wonderful memories that she shared with us during her short life.'

So far, no arrests have been made in the shooting